The plans have been drawn up carefully – on an April evening this year, swarms of glowing spacecraft will begin a flight through our atmosphere – and hover over locations around the world.
The goal is maximum panic – and to cause an ‘apocalypse’ in the media. But the pilots of the eerie craft are not little grey men from Alpha Centauri – but UFO fans using drone aircraft.
Dozens of volunteers around the world have signed up for what may be the biggest prank in history – using decades of knowledge of ‘UFO sightings’ to time the launch perfectly.
The ‘aliens’ will be strips of LED lights, on remote-controlled multi-rotor drone aircraft – launched at 8pm, so there are plenty of people to see the ‘invaders’, and held at a distance where it’s difficult to see what’s behind the glowing lights.
Nigel Watson, author of the Haynes UFO Investigations manual found plans to “cause a wave of UFO sightings around the world and an apocalypse-like idea in the media,” on forums frequented by drone fans.
Watson says, “‘The Big UFO Project’ was originally scheduled to run on April Fool’s Day, but they have changed it to 05 April 2014 so that it will not seem like an obvious prank. Anyone who has a multirotor drone (pictured below) or anything that can carry a strip of LED lights and hover is invited to join in this event.
The plan is to launch the craft at 8pm local time for maximum impact. This is when there are most people about to see anything in the night sky, and by keeping the craft at a long distance they will not be able to see what is carrying the lights.”
The ‘invasion’ will be a global hoax, timed carefully to cause reports of an alien attack – but the invaders will …
Discussions about how best to pull off the invasion continue on the FPV Lab forum – with one fan chiming in, “You sir, are insane. I LIKE IT.”
Watson says that craft are already scheduled to launc in the USA, UK, France, South Africa and the Netherlands but that, “More official and unofficial people are expected to join this project on the launch date.”
[New book reveals why flying saucers still haunt our skies – and where to see them]
Watson says that LED lights mounted on aircraft such as multirotor drones can effectively fool people – as what they will see is the light.
“As it is very difficult to judge the height and speed of such objects, witnesses can think they are passing relatively close to them and they can imagine seeing windows and the body of a larger craft behind the light or lights.”
Watson says, “It is surprising how easy it is to fool people into thinking they have seen a UFO, especially if it is a light in the sky. Satellite re-entries and meteors can be very striking and cause people to think they’ve seen a fast moving UFO streak across the sky.
“For example, on the night of 30 March and early morning of 31 March 1993 numerous sightings were made throughout Britain of what was variously described as fast moving lights to a large craft resembling two Concordes flying side by side. Sceptics claim this was a combination of a Russian rocket booster re-entering the atmosphere and other mundane phenomena, but ufologists assert it was genuine UFO activity.”
Until now, though, easily controllable drones have been too expensive for hobbyists – but Watson says he suspects that hobbyists already launch drones as ‘UFOs’ once there are already reports in the news.
“Drone technology is getting cheaper and easily available to people who want to carry out hoaxes like this. Though even very cheap and simple Chinese lanterns can be used to trigger UFO sightings.This is a relatively simple and unsophisticated operation, but it could have a big media impact. When such incidents occur, people tend to look for UFOs in the sky and so it could trigger further sightings.”
The viral spread of UFO videos on YouTube could contribute to the frenzy, Watson thinks. He says, “Only recently, in September 2013, a UFO-like drone was flown over a baseball stadium in Canada to promote a newly opened planetarium. Videos of it were widely distributed on the internet before the hoax was revealed.”
For the hardcore UFO enthusiasts, though, Watson suspects that the hoax may be an irritation – a smokescreen for the real alien spacecraft circling our planet.
“Others might be annoyed that it is polluting the difference between genuine UFO sightings and misidentifications,” Watson says. “Even if the hoax is revealed, some ufologists will state that this is a cover-up for real UFO sightings and/or a project to get us used to the idea of UFO invasion in preparation for full disclosure of their reality by our world governments.” 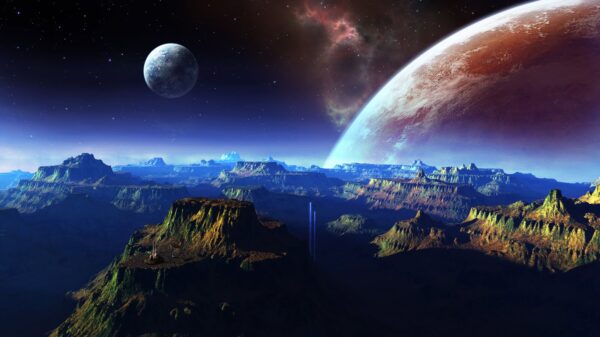