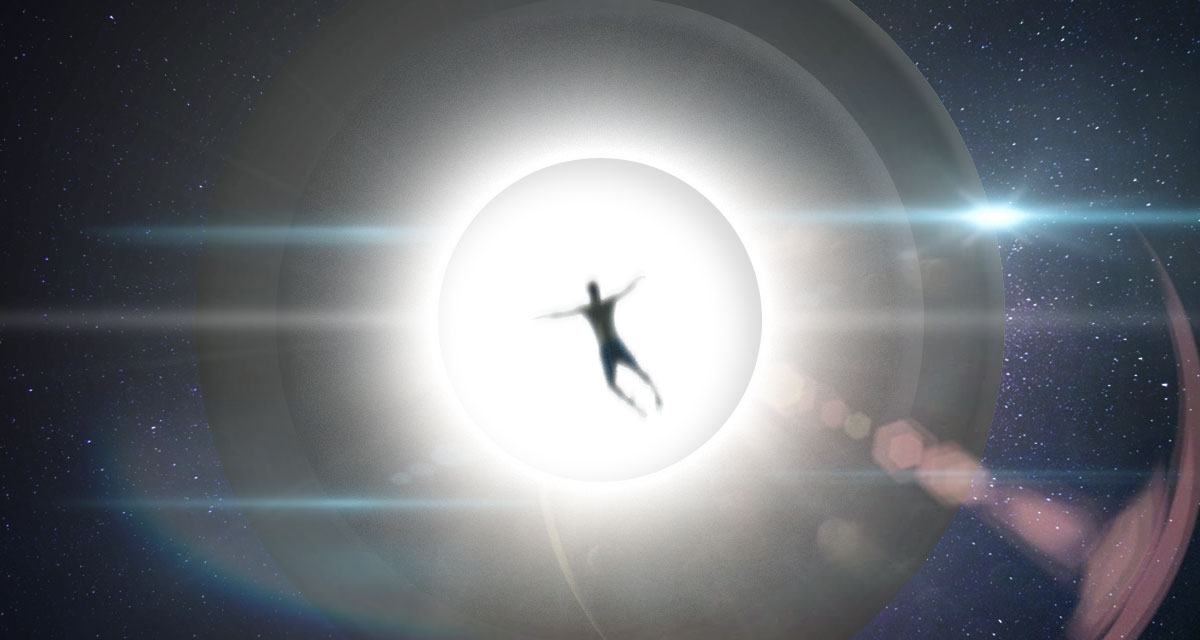 If you live in a high UFO area, you may want to consider insurance for abduction, impregnation, and death by aliens. 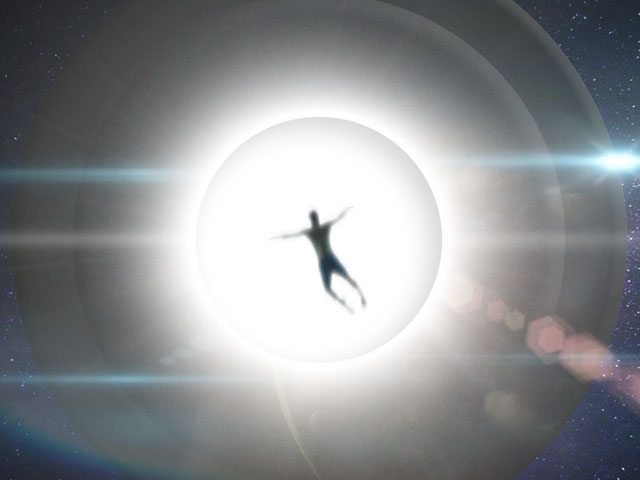 Do you need alien abduction coverage?

Hale-Bopp, the Great Comet of 1997, passed by Earth on March 22 of that year. Concealed in it’s tail, according to a religious group known as Heaven’s Gate, was a spacecraft waiting to take their souls to another “level of existence” or an “evolutionary kingdom above human.”

The group was lead by a man named Marshall Applewhite, or “Do,” as his followers called him, who believed his bodily “vehicle” was inhabited by the same alien spirit which belonged to Jesus. All Do and his followers had to do was shed their physical shell and ascend to the comet as it passed.

In October 1996, just months before the 39 members of the “Heaven’s Gate Away Team” donned their matching Nike Decades and consumed lethal amounts of phenobarbital with applesauce and vodka to facilitate their transformation, the group reportedly purchased alien abduction insurance from London firm Goodfellow, Rebecca, Ingrams and Pearson Ltd. (GRIP). The policy would pay out $1 million for up to 50 members of the group in the event of abduction, impregnation, or death by aliens. 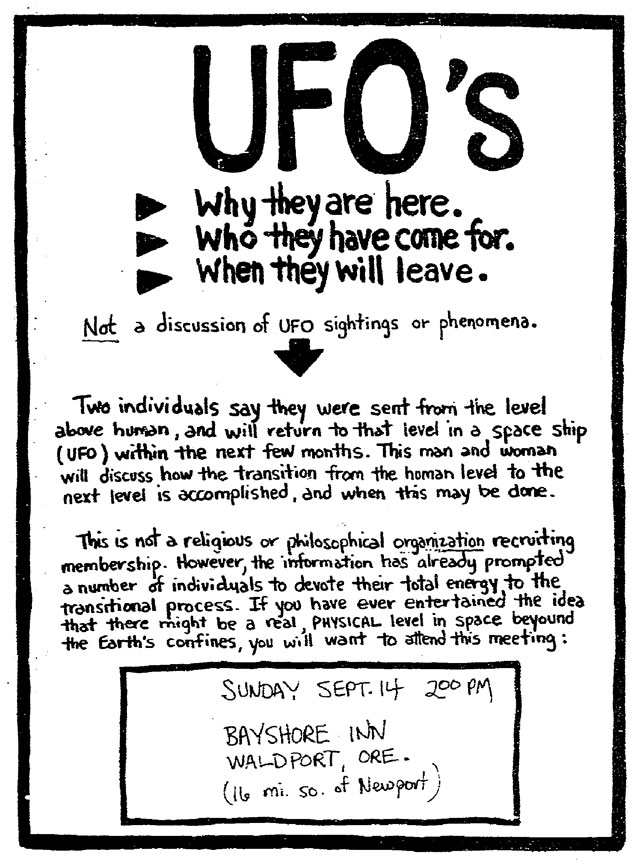 Heaven’s Gate was preparing to exit Earth aboard a passing UFO. It was probably a good idea to have some security in place in case that didn’t go as planned. But what about the average Earthbound human? Are we at risk?

On Christmas Eve of 1996, GRIP reported, an Enfield man was “kidnapped” by aliens with triangular heads. That may seem difficult to prove, but the transparent alien claw left behind was enough for GRIP. The company announced they paid their first alien abduction claim.

Suspicions soon began to mount, however, forcing GRIP to admit the claim was little more than a publicity stunt.

But that didn’t matter. By 2000 the firm had sold 37,000 alien abduction policies, The Telegraph reported.

“I’ve never been afraid of parsing the feeble-minded from their cash,” managing partner Simon Burgess was quoted in a 1998 SF Gate article. 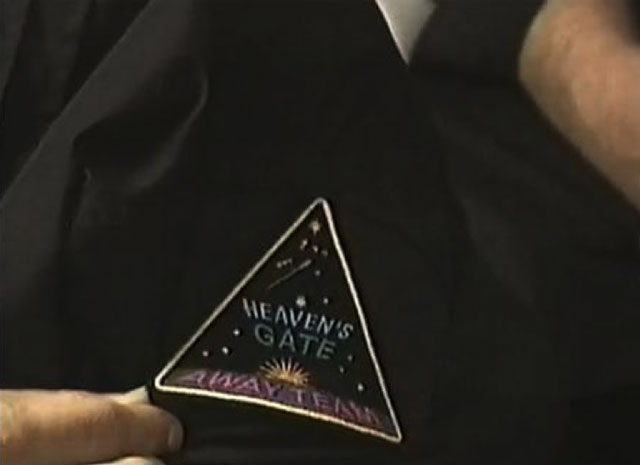 Don’t worry, GRIP has you covered.

“The Royal Falcon Hotel in Lowestoft, England, for example, insured its staff and customers against death and disability caused by ghosts, poltergeists and other abnormal phenomena,” a newsletter article from Geico (which does not cover ghosts) stated. 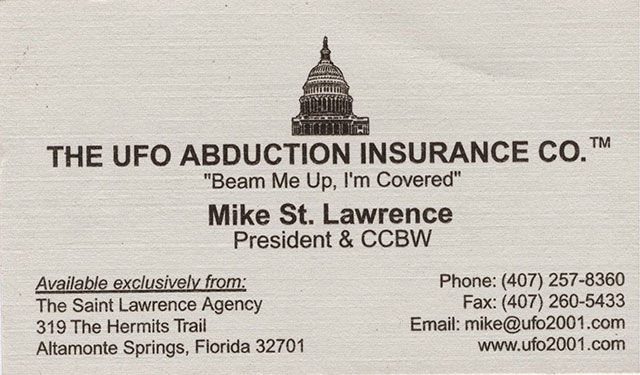 Beam me up, I’m covered.

Florida-based UFO Abduction Insurance Co. was the first to offer alien abduction insurance, covering abductees as early as 1987. Owner Mike St. Lawrence said he first heard about the phenomenon when the book Communion by Whitley Streiber was published.

“I checked my homeowner’s policy to find out if I was covered for a risk like this, and I wasn’t,” St. Lawrence said in a 1999 interview with Tampa Fox news.

So he decided to fill that gap in the insurance market, and you can still get covered today.

For a single lifetime premium of $19.95 you get a $10 million policy providing psychiatric care and sarcasm coverage (limited to immediate family members, who provide at least 70% of the heckling), as well as a double indemnity clause in the event the alien insists on conjugal visits or regards you as a food source.

But what happens in the event you are actually abducted?

A successful claimant (with a properly completed form) would be entitled to $1 per year for 10 million years, paid out annually on April 1st. The form asks questions about the aliens, where they’re from, what type of spacecraft they’re driving, and a description of the abduction. The signature of an authorized alien who was on board the UFO during the incident is required.

Abductees are limited to one occurrence per policy, however, so if you are a “frequent flyer” you will need to purchase multiple policies. 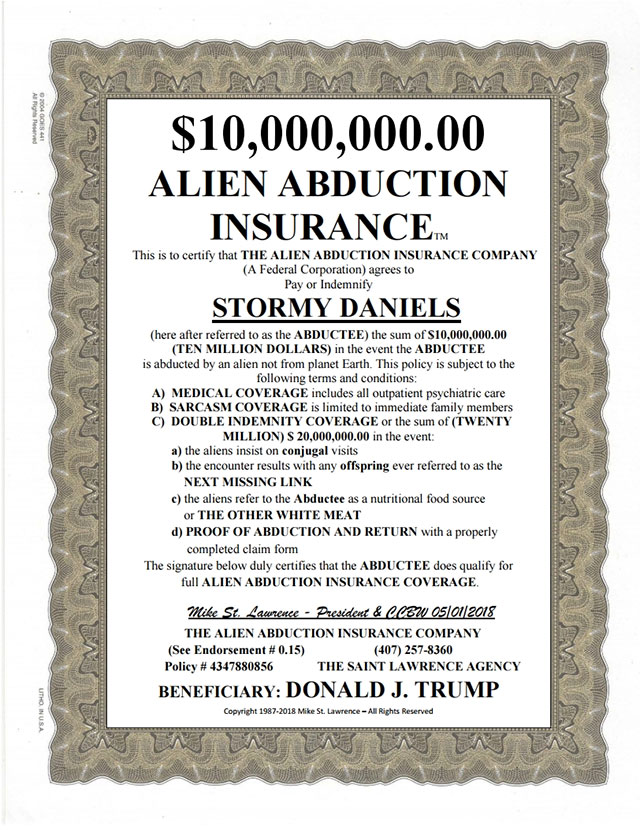 But what about, say, reincarnation? Yes, you could buy coverage for that, as well.

“While it’s still true you can’t take it with you,” the company notes, “now you can leave it here and come back and get it.”

But what if you were to come back as an animal? Or an insect? Don’t worry, the $10 million payout doubles “if you return as a lower life form.”

How’s that for peace of mind?

For every fear, rational or otherwise, it seems there’s an insurance policy to exploit it.

“Some academics have concluded that early insurance companies got rich by exploiting fear of ‘body snatchers’ among the urban poor of Victorian England’s disease-ridden cities,” The Telegraph wrote. “An explosion in the sale of penny life policies coincided with the 1832 Anatomy Act giving hospitals the right to claim for medical experimentation the bodies of anyone whose family could not afford a proper burial.”

The Alien Abduction Insurance Co. isn’t out to scam anyone, though. “You can’t get what we do,” St. Lawrence says about the tongue-in-cheek nature of his company’s policies, “unless you get what we do.”

The members of Heaven’s Gate, having departed for TELAH (The Next Level Above Human) were found dead on March 26, 1997. GRIP suspended sales of alien abduction insurance for fear that they may actually have to pay the claim.

But it didn’t last long.

“Greed got the better of us and we resumed them,” Burgess said.

GRIP had never paid an alien abduction claim. While it’s unclear how many claims they may actually receive, I think it’s safe to say no one has ever been able to provide sufficient proof to get their payout.

Advertisement. Scroll to continue reading.
In this article:Alien abduction insurance