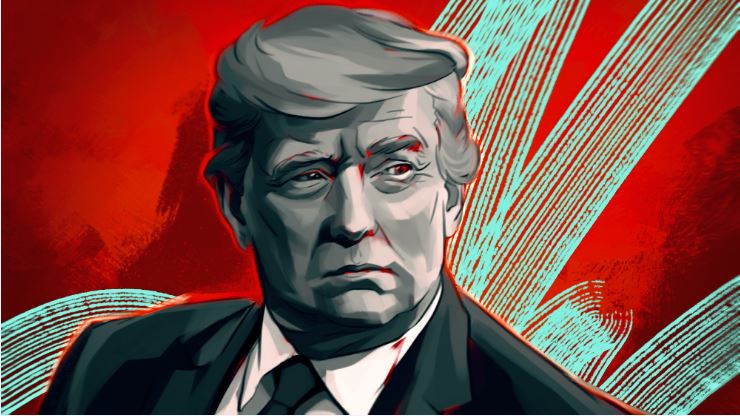 US presidential election triggered a global concern, where Trump was initially leading in multiple states and overnight, there was a strange reversal, bringing the current general election to more uncertainty.

Pastor Sadhu Sun Dasuo, who is regarded as a prophet, predicted in October that the current US general election will not be smooth sailing. The forces of darkness will surging, and there will be major events after the election.

In the early hours of November 4th, Trump had a significant lead in the number of votes in Michigan, Wisconsin and Pennsylvania, and he expressed a significant victory at the press conference. But the results of Michigan and Wisconsin were weirdly reversed that morning, and Trump was overtaken by Biden in a short time .

On the same day, President Trump and Vice President Pence delivered election night speeches at the White House, criticizing the problem of fraud in the election process.

Trump said that Biden is deceiving the American public and embarrassing the country. “We want to use the law in an appropriate way. Therefore, we will go to the U.S. Supreme Court. We want to stop all voting. We don’t want them. Find any ballots at 4 in the morning and add them to the counting process. Okay?”

Trump also continuously posted on Twitter alleging election fraud. Trump wrote: In the early hours of the 4th, “I have a solid lead in many key states, and almost all of them are Democratic-controlled states. Then, one by one, they began to disappear strangely because of shocking loads. The votes were counted.

However, the pastor Sadhu Sundar Selvaraj, who is regarded as a prophet, has made predictions in a video uploaded on YouTube on October 18 for the Trump presidential election campaign.

“I don’t know what red and blue are (red represents Trump’s Republican Party and blue refers to Biden’s Democratic Party). I don’t understand their politics, I just convey a voice from heaven.”

He said that when he prayed for the first time, he saw a manifestation. It was an eagle. The eagle was America. The eagle was crying at him and told him that if the Americans chose the wrong person, he would fall and will never rise again.

He also said that God showed him President Trump’s heart. Trump’s heart is dripping blood and tears. Don’t look at his big heart and strong appearance, he is very lonely. He is alone. Fighting, he would cry secretly when facing God and pray, he was sad.

Prophet Sadhu also mentioned that God sent three archangels to protect Trump. But he reminded people that it is not that everything will be fine when the results of the general election on November 3 come out, because some people want to subvert everything.

“You must continue to pray, not only until November 3, but until January 20, because there will be major events in between.”

In addition to the above predictions, on October 9th, NewsMax in the United States reported that the Christian missionary Lance Wallnau , who had successfully predicted Trump’s victory in the 2016 presidential election , said that God had sent the “archangel” in the Bible. “Michael, led a group of archangels down from the sky, against the devil Satan and his evil warriors, and finally defeated the devil. So Trump will definitely be re-elected in the end.

At present, “Archangel St. Michael” is observing the political and social chaos in the United States and will respond to it.

Lance Wallnau said: “God chose Trump.” “Once you choose him and you hit him, you are hitting God’s choice.” He believed: “Whoever confronts Trump is against God.”

On Trump’s “Son of the Chosen”

It is said that in the United States, even in the United Kingdom and Canada, the legend about Trump as the “chosen son” has long been spread in the grassroots churches…Even the highly conservative Amish people also recognize Trump “The Chosen Son”. In this presidential election, they ran out of their retreat to vote for Trump.

It is reported that these conservative Christians have seen the description of “Trump” in the original English Bible. They believe that Trump is the person mentioned in the Bible and the person chosen by God. Trump’s name corresponds to Trump. “Triumphant” in the book.

Last Trump means that the “last horn” heard by Christians being promoted means that they are saved. Therefore, this Trump (Trump) was written as Trump of God in the original sentence of 4:16.

The archbishop sends a letter to Trump: God is by your side

The principle of evil not suppressing righteousness is always the same. Recently, Carlo Maria Viganò, the former Catholic Archbishop in the United States, sent a letter to President Trump on October 25.

The letter mentioned that a life-and-death battle between good and evil is unfolding. Trump is the one who “hinders” the dark forces and is the last person to attack by the Son of Darkness. The Almighty God is arranging troops to help Trump.

The letter also stated that evil forces are taking advantage of the global pandemic of the virus to implement a global agenda of “great reconstruction”, block the world in the name of a health crisis, demand the people to surrender their freedom and property, and establish a global tyranny. But the evil only knows that hateful and kind people are guarded by God and can do everything. “If God supports us, who can oppose us?”