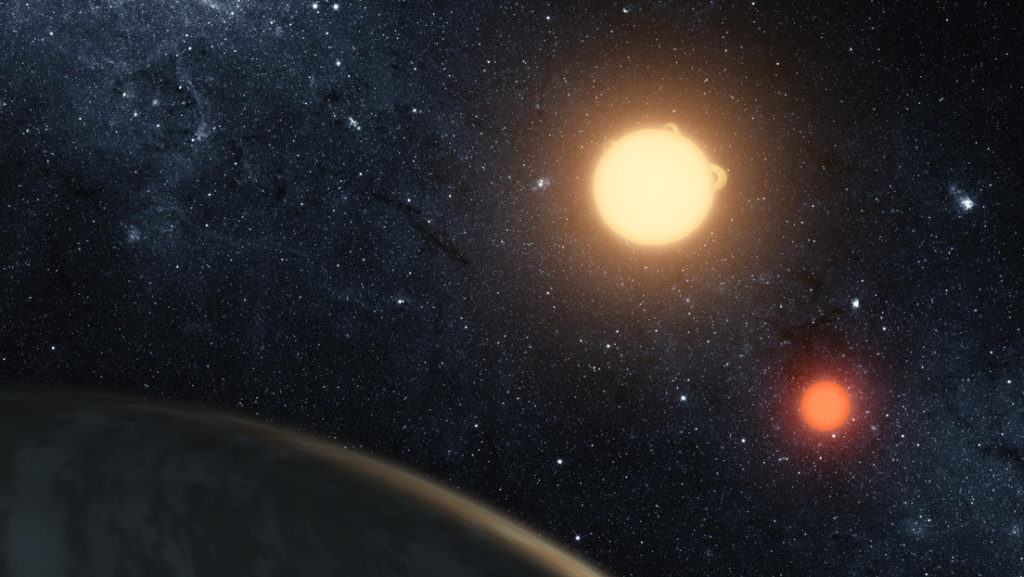 A 17-year-old teenager from New York (USA) discovered a planet while searching for stars as an intern at NASA’s Goddard Space Flight Center, the space agency reported this week.

Wolf Cukier, a junior in high school, had received the task of examining variations in the brightness of the stars captured by the Traffic Exoplanet Inspection Satellite (TESS). While exploring a star system located 1,300 light years from Earth, he observed what appeared to be a slight spot on one of the suns of the system called TOI 1338.

“At first I thought it was a stellar eclipse, but the timing was wrong. It turned out to be a planet, ”said Cukier.

“The planet blocked the light of those two stars, which caused a small decrease in the amount of light that reached the telescope. That was what I noticed at the beginning, ”he explained later to CBS.

Once he communicated the discovery to his mentors, they spent several weeks verifying his observation. They finally concluded that what he had discovered was a planet 6.9 times larger than ours that orbits around two stars, in what is known as a circumbinary planet.

Because these binary stars orbit each other every 15 days, it was not an easy task to distinguish the transit events from the only known planet in such a system, dubbed TOI 1338-b. Planets that orbit two stars are harder to detect than those that orbit only one.

In this case, the largest star is approximately 10% larger than our Sun, while the smallest, approximately one third of that mass, is colder and dimmer.

Advertisement. Scroll to continue reading.
In this article:circumbinary planet