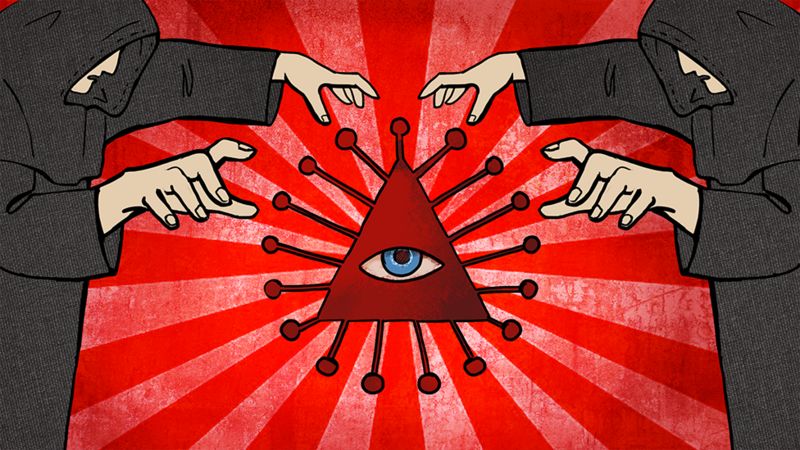 A world seized with fear can be turned in any direction and in these conditions push through any political decisions.

Recently, more and more facts have appeared that speak of the artificial origin of COVID-19. Let’s dwell on some of them.

First. Despite the efforts of thousands of scientists around the world, the natural focus of the coronavirus has never been discovered. It does not live in any living organism, except for a human one. All tests of covid vaccines are done on humanized mice, that is, mice that have artificially inserted sections of the human genome.

Second. The article in Nature Medicine dated November 9, 2015 has not been refuted by anyone. And there it is described in great detail how this hybrid virus was created, how it was tested on human cells, and how it grows remarkably in them with high titers. Even the name SarS-CoV first appeared in this article. It is assembled from two parts: human SARS and Chinese bat coronavirus CoV.

Third. HIV inserts: where in nature could the sexually transmitted human immunodeficiency virus and the Chinese bat coronavirus occur? Only in the laboratory! And such a gigantic mutation of thousands of nucleotides, in which the way the virus enters the body has changed, has never happened in nature and could not have happened.

Now to the question of the beginning of the epidemic. Was it an accidental leak from the biolaboratory or was it originally intended ?! We are inclined to think that the leak was accidental and it happened in July 2019, when Fort Detrick, the largest military biological center in Maryland in the United States, was closed due to a biosecurity threat.

Already in August, more than 500 people fell ill in the United States and several dozen people died. But in this case, the “deep state” had a plan B, and they began to spread the virus around the world, and the way the virus spread – “thin aerosol” – also speaks in favor of this version.

All subsequent actions of globalists to unleash world hysteria around the pandemic confirm this.

The mysterious death of Benjamin Rothschild on January 15, 2021 at the age of 57, 5 days before Biden’s inauguration, adds fuel to the fire of this version.

The famous conspiracy theorist Benjamin Fulford published on his website a “scan” of a patent for a PCR test, registered by one of the members of the Rothschild clan back in 2016.

There is also a secret letter from the MI-6 British intelligence, sent to the intelligence services of the allies. It says that the world is preparing a global special operation in the field of public health, pursuing goals not fully understood by the British. And reference is made to the patent as one of its features. According to Fulford, the IMF, the World Bank and the Bank for International Settlements participated in financing the COVID-19 operation.

By the way, the World Bank immediately got the program “Fighting the pandemic”, the first phase of which is designed for 5 years, until 2025. Summarizing the facts, Fulford assumes that opponents, competitors and partners have accumulated enough information about Benjamin Rothschild’s involvement in this operation. And, most likely, on January 15, death from a heart attack was inspired. It’s hard to argue that.

Note that information about his death is scanty, and the funeral took place in a narrow circle. But these are all rumors.

Now about the “letter 57” of some scientists about the dangers of mass vaccination. In this regard, we can assume the following: all vaccines were made in a hurry and did not go through all the required stages of safety testing. Even those side effects that were known in advance have not been fully investigated.

A safe vaccine cannot be given earlier than 2 years. Chronic toxicity has been studied for six months. After 6 months, the vaccinated experimental animals are slaughtered and the effect of the substance on the kidneys, heart, liver, and blood vessels is studied. (Chronic toxicity is a combination of disorders of organs and systems of an experimental animal after administration of the drug in equal doses for a period usually corresponding to most of the life of a laboratory animal; usually it is 3-6 months, and in some cases 12-18 months).

Only then do human trials begin. Therefore, the issues raised by renowned and respected scientists should be carefully studied. In any investigation, all versions must be worked out. As they say: measure seven times – cut once.

And a world seized with fear can be turned in any direction. And in these conditions, push through any political decisions. French economist and politician Jacques Attali admitted:

It was impossible to imagine that humanity would be so obedient. People are ready to move in the direction indicated to them …

It is no coincidence that Fulford’s opinion is precisely the opinion of a conspiracy theorist. For decades, opinions of this kind have been used in international politics for very specific purposes. They are designed to mix really interesting and significant facts with odious circumstances, names and details in such a way that these important facts and comparisons are completely compromised. Then, in the event that these significant irrefutable facts cannot be hidden, they can always be ridiculed and prevented from being taken seriously.

The circumstances surrounding the global covid hysteria are also subject to this procedure.

And therefore it is not surprising that we could consider it necessary to peer into the conspiracy vinaigrette, trying to recognize the true facts in a heap of deliberately mixed screaming conspiracy clichés.

In this article:Benjamin Fulford, COVID-19