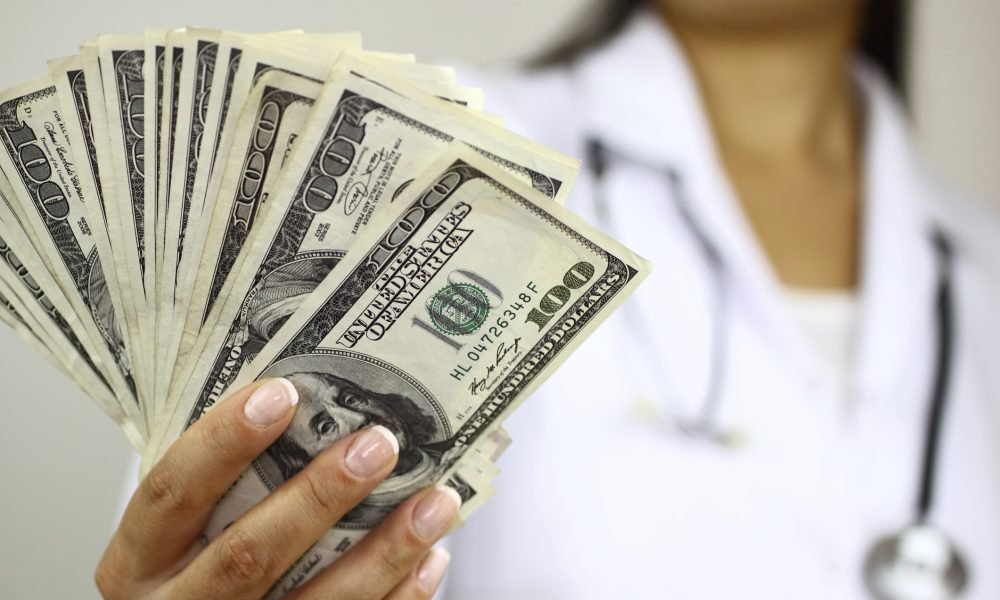 In 2014, Harvard University stated that prescription drugs are the 4th leading cause of death. North American culture practically worships the pharmaceutical industry and often fails to recognize many of the issues within it. Many Americans are completely unaware that new prescription drugs have a 1 in 5 chance of causing serious reactions, even after being approved.

In fact, approximately 1.9 million people are hospitalized annually due to properly prescribed medication (not including any overdoses, self-prescriptions, or mis-prescribing). 128,000 people die every year in the U.S. from drugs prescribed to them, so why is this still happening? The reality is, drug companies make a lot of money from selling prescriptions, and they even pay doctors to do it for them.

If you’ve ever questioned this industry and your doctor’s motives, here is some good news: You can now find out how much your doctor is paid annually to prescribe any drug. In addition, you can also search any company name and find out how much they pay doctors in total every year.

The two former options allow you to see how much doctors and hospitals are paid annually by pharmaceutical companies to prescribe drugs. If you search a specific company, on the other hand, you can see a detailed summary of their spendings. There’s specific information outlining which doctors are paid the highest amounts, how many doctors they pay nationwide, the nature of these payments, and then specific details of every single payment they made to doctors that year.

For example, when you type Big Pharma giant Gilead Science Inc. into the tool bar, you can see that the company spent $36,830,535.40 in Total General Payments and $45,394,349.76 in Total Research Payments in the year 2015 alone. 48.4% of payments were classified as “Compensation for services other than consulting, including serving as faculty or as a speaker at a venue other than a continuing education program.” The top paid physician made more than $600,000 in 2015 from simply prescribing drugs manufactured by Gilead Science Inc.

Arnold Relman, Harvard Professor and former editor of the New England Journal of Medicine, put it perfectly when he said, “The medical profession is being bought by the pharmaceutical industry, not only in terms of the practice of medicine, but also in terms of teaching and research. . . . The academic institutions of this country are allowing themselves to be the paid agents of the pharmaceutical industry. I think it’s disgraceful.”

Don’t Be So Quick to Blame Your Doctor…

If you’ve visited Open Payments Data‘s platform and searched your doctor within their database, take a moment to reflect on what you’re really looking at. Just because your doctors receive payments from pharmaceutical companies doesn’t necessarily mean they’re terrible people; it could just mean that they’re doing their jobs.

It’s unlikely your personal doctor designed the current structure of the medical industry. Your doctor may not even understand the complexity of the pharmaceutical industry because MDs aren’t properly educated on these drugs. Many doctors genuinely believe they’re helping people through the use of medication; they don’t see the bigger picture here because it’s not included in their education. Plus, it’s often illegal for MDs to prescribe natural cures instead of pharmaceutical drugs and conventional treatments, particularly when it comes to the cancer industry (check out this CE article that exposes the truth about cancer).

In addition, when you actually think about it, it makes perfect sense that some doctors are being paid by pharmaceutical companies. Of course Big Pharma would require doctors’ help in creating drugs and validating their use; it’s completely legal and should be expected of them. However, there’s clearly a grey area here that cannot be ignored.

Pharmaceutical companies, rather than qualified and unbiased doctors, define a lot of the information that MDs are taught, and Big Pharma often influences medical professors and funds university programs. For example, 1,600 Harvard professors stated that they or a family member have ties to drug companies that could bias their teachings or research. The pharmaceutical industry donated more than $11.5 million to Harvard in 2008 for “research and continuing education classes.” Many Harvard students have expressed concern over this and it even made mainstream news when a student was belittled by his professor for asking about the side effects of a drug his professor was unlawfully promoting in class.

This has also been a prevalent issue within psychiatry. As Dr. Irwin Savodnik of UCLA explains, “The very vocabulary of psychiatry is now defined at all levels by the pharmaceutical industry.” This is partially because the Diagnostic and Statistical Manual of Mental Disorders (DSM), the text most psychiatrists in the U.S. refer to to diagnose and treat their patients, is heavily biased toward using pharmaceutical drugs instead of therapy. Read more about this in our CE article here.

If you haven’t yet been exposed to this side of the U.S. medical industry, I can understand that there may be some confusion. Why would pharmaceutical companies and some doctors conspire to over-prescribe or mis-prescribe people when their sole purpose should be to help their patients? The simple answer is profit.

The main reason we take so many drugs is that drug companies don t sell drugs, they sell lies about drugs. This is what makes drugs so different from anything else in life… Virtually everything we know about drugs is what the companies have chosen to tell us and our doctors… the reason patients trust their medicine is that they extrapolate the trust they have in their doctors into the medicines they prescribe.

The patients don’t realize that, although their doctors may know a lot about diseases and human physiology and psychology, they know very, very little about drugs that’ve been carefully concocted and dressed up by the drug industry… If you don t think the system is out of control, please email me and explain why drugs are the third leading cause of death… If such a hugely lethal epidemic had been caused by a new bacterium or a virus, or even one-hundredth of it, we would have done everything we could to get it under control. – Dr. Peter Gotzsche, co-founder of the Cochrane Collaboration (source)

Why Big Pharma Wants You To Take Pills

This may be obvious to many of you, but, just to be clear: The entire medical industry is focused around profit. It’s similar to any other industry in that every service it provides you with, or item it convinces you to purchase, makes someone else a lot of many. In the case of a pharmaceutical company, they can only make money if you’re sick.

So, it wouldn’t really be in the best interest of Big Pharma to sell drugs without any negative side effects. If they produced drugs that actually 100% cured people, how would they continue to profit off our illnesses?

This is precisely why Big Pharma does not get involved with all-natural medicines; there is no profit to be made in plants. Anyone can grow a plant with the right climate and it’s much cheaper to manufacture than synthetic drugs. It’s also easier to make pills in larger quantities than plants. and then when you consider the economies of scale, Big Pharma is able to generate an even greater profit.

Let’s take a moment to look at the bigger picture: Most industries are currently driven by money, not passion. It seems strange, but this is precisely the issue within the medical industry. I’m sure many doctors choose their occupation because they’re passionate about helping people. However, until Big Pharma stops playing such a crucial role in creating their job descriptions, it will be difficult for MDs to actually help people without simultaneously hurting them.

It’s clear that we need a systemic change in values. Until we start to work “for the people” rather than “for the profit,” we cannot expect these outcomes to change. It’s hardly surprising that Big Pharma wants you to be sick because they’re not just in the business to cure people — they also need to make a profit.