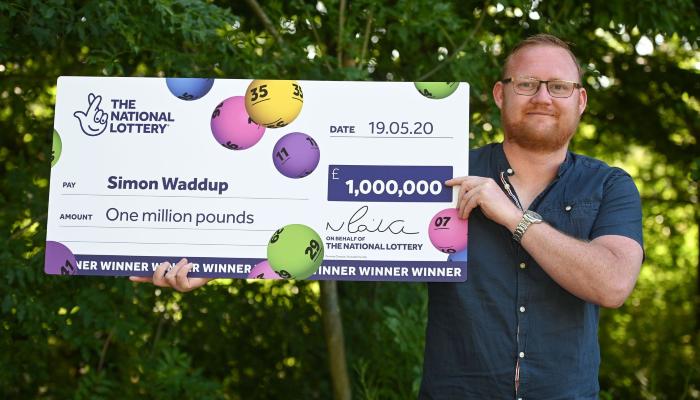 A resident of the English city of Coventry, West Milands County, bought a winning lottery ticket after a voice in his head advised him to do it. This was reported by the Daily Mail.

On May 19, the 31-year-old electrician, Simon Waddup, went shopping. He claims that a voice in his head advised him to buy a lottery ticket and participate in the draw. The Briton bought online two lottery tickets for 2.5 pounds. Before that, he had never participated in major draws and limited himself to buying scratch cards.

On the morning of May 20, he checked his phone and saw that he had received a message from the National Lottery. It turned out that he hit the jackpot of a million pounds. To verify the reliability of the win, Waddap called the hotline.

“The first person I told about the win was my ten-year-old daughter. She asked if she could now get a passport, bearing in mind that she had never been abroad. Then I called my mother and sister, and they did not believe me, ”the winner said.

Waddap hopes that the prize will allow him to realize his childhood dream and become a reenactor of old houses – buy old real estate, repair it and sell it. He spent years working on construction sites and studying various industries.

With the money won, the man bought new clothes for himself and his daughter and bought a coffee machine. He plans to spend part of the money on his family.

“I will make my daughter a passport, and when we can, we will go abroad – she already told me that she wants to go to Spain,” he said.

In this article:inner voices, lottery