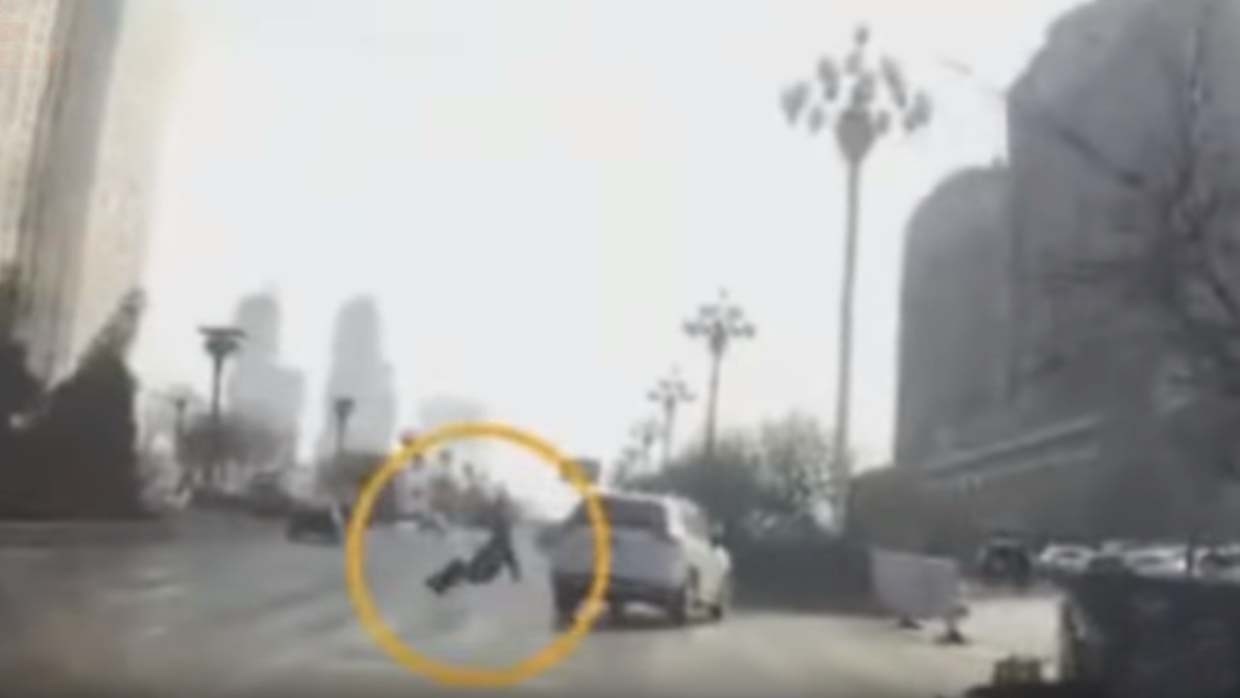 There are stories of people mysteriously teleporting to faraway places in the Bible itself and continuing even in modern times. The nature of these supposed cases of teleportation implies interdimensional portals, enigmatic doors that go beyond our reality, and that defy the laws of physics as we understand it. Be that as it may, on the Internet there are all kinds of graphical evidence that would show how human teleportation can happen at any time and in any country in the world. As in China, where the camera on the dashboard of a vehicle (dashcam) has captured the moment when a person appears out of nowhere in the middle of a street, causing a traffic accident.

A strange video recently published on the Internet shows what seems to be the moment when instant teleportation occurs since it seems impossible to explain in any other way the sudden appearance of a person right in the middle of a street. The incident occurred in the Chinese province of Jilin on February 9.

In the images, you can see a sports utility vehicle (SUV) moving in the left lane at a speed certainly normal. There are no people and the traffic seems fluid. but suddenly, the SUV turns sharply to the right and the reason for this is a person who falls from nothing. The vehicle hits violently against the shoulder, while the individual is on the ground. Then he gets up and begins to walk as if nothing had happened.

The video was published by the YouTube channel “The Hidden Underbelly 2.0”, with the following description:

“In this dash-cam video we can see that apparently, a person appears in front of the white SUV, but where did this man come from and where did he go?”

The video has caused a stir in social networks, with all kinds of comments and theories about it. The most skeptical think that the man jumped out of the back seat of the white SUV, but in the images, you can see how the driver had barely started to turn to the right when the accident occurred. And this has led some to suggest that it is a supernatural incident, more specifically a human teleportation.

And they gave examples of all kinds of cases that currently continue without explanation. One of these more recent strange incidents happened in Russia when the so-called  “ghost car” baffled millions of people around the world in 2014. As we already published in Esoteric and Paranormal World, the video in question was recorded by a dashcam. Right at an intersection a vehicle mysteriously appeared out of nowhere, almost provoking a collision. 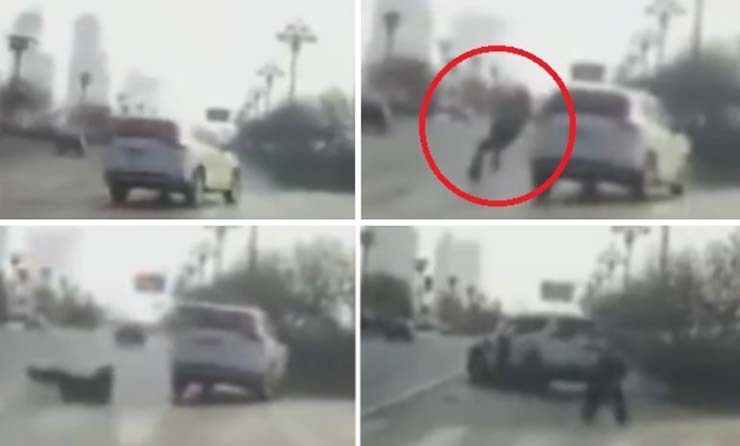 And as has happened in the China incident, explanations were also offered. But the reality is that these videos would demonstrate the existence of teleportation to other dimensions and that such phenomena are part of the common experience of all of us. From here a range of possibilities opens up, as there are a fourth space-time dimension and even parallel worlds.

But whether they are interdimensional portals or multiverses, teleportation would also be responsible for the mysterious appearances of objects out of place and time, or even of animals that manifest themselves far from their natural habitats. Everything is possible.

What is your opinion about the video? A new case of human teleportation? Or do you have a logical and rational explanation?