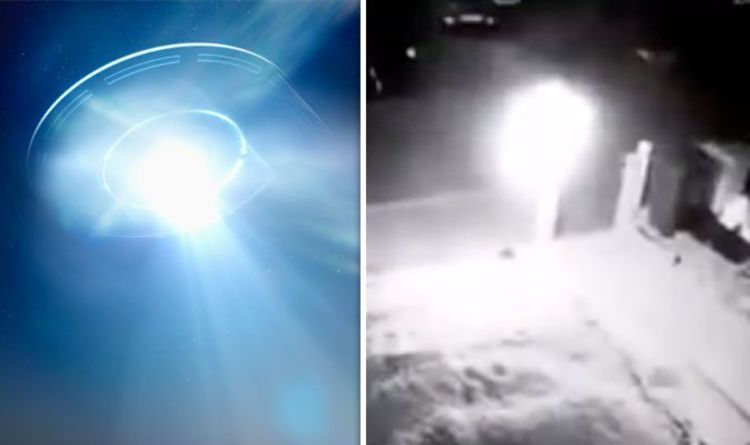 Make of this what you will.

A UFO has been seen landing in the front garden of a house in Doncaster, which alien enthusiasts are claiming is proof of an extraterrestrial presence on Earth.

A video which was titled “UFO Ship with Aliens on Board Crashed into the Sand Pile on my Driveway” was uploaded to YouTube by the user Tiho Gro. The video quickly racked up thousands of visitors because of the strange activity, which some are struggling to explain. A bright pulsating light can be seen drifting slowly towards the ground.

The user who uploaded the video said: “Aliens exist and now living in my 10 ton sand pile on the drive way.”

The sighting was quickly picked up by conspiracy theorists, with some claiming it is proof of alien activity.

Mr Waring said: “The video shows a globe of light (UFO) that lands in the garden of a house in the town of Doncaster, located in South Yorkshire (England).

“In the security cam video you can see how the sphere of light, once landed, seems to stand for a few seconds in the garden.

“The eyewitness then states that the light then suddenly in a flash of light disappears, but I don’t see this in the video.

“Perhaps the eyewitness cut it out for some unknown reason.”

While some believed the footage was proof of aliens, others were not so convinced by its authenticity and offered simpler explanations.

YouTuber Larry Maxweel commented on the original video: “Probably a Chinese lantern. Candles put off A LOT of light which would look exactly like it does in video.”

Another commenter, SFearFox, agreed, writing the simple explanation beneath the video: “It’s a Chinese lantern landing”.

Advertisement. Scroll to continue reading.
In this article:Doncaster UFO, garden