In “people becoming superhuman” news, a small independent research group has figured out how to give humans night vision, allowing them to see over 50 meters in the dark for a short time.

Science for the Masses, a group of biohackers based a couple hours north of Los Angeles in Tehachapi, California, theorized they could enhance healthy eyesight enough that it would induce night vision. To do this, the group used a kind of chlorophyll analog called Chlorin e6 (or Ce6), which is found in some deep-sea fish and is used as an occasional method to treat night blindness.

“Going off that research, we thought this would be something to move ahead with,” the lab’s medical officer, Jeffrey Tibbetts, told Mic. “There are a fair amount of papers talking about having it injected in models like rats, and it’s been used intravenously since the ’60s as a treatment for different cancers. After doing the research, you have to take the next step.”

To do so, team biochem researcher Gabriel Licina became a guinea pig.

How it happened: With what’s basically a really fine turkey baster, Tibbetts slowly dripped 50 microliters of Ce6, an extremely low dose, into Licina’s speculum-stretched eyes, aiming for the conjunctival sac, which carried the chemical to the retina.

“To me, it was a quick, greenish-black blur across my vision, and then it dissolved into my eyes,” Licina told Mic.

And then they waited. From the patent they read, the effects start kicking in within an hour. Licina and Tibbetts had done their research, going so far as to post a paper called “A Review on Night Enhancement Eyedrops Using Chlorin e6.” But they are, after all, a bunch of guys working out of a garage. So they went out to a dark field and tested Licina’s new superpowers.

Did it work? Yes. It started with shapes, hung about 10 meters away. “I’m talking like the size of my hand,” Licina says. Before long, they were able to do longer distances, recognizing symbols and identifying moving subjects against different backgrounds.

“The other test, we had people go stand in the woods,” he says. “At 50 meters, we could figure out where they were, even if they were standing up against a tree.” Each time, Licina had a 100% success rate. The control group, without being dosed with Ce6, only got them right a third of the time.

Hacking the human body: Biohacks like these are a perfect example of where science and biology can go, and something like providing temporary night vision could be used for more than just a really serious Doctor Mid-Nite costume. Imagine search-and-rescue teams being able to see in the dark in forested areas or hostage situations.

It doesn’t have to be done with a colossal budget, either. With the amount of information freely available, pursuing science can be more about curiosity than resources.

“For us, it comes down to pursuing things that are doable but won’t be pursued by major corporations,” Tibbetts says. “There are rules to be followed and don’t go crazy, but science isn’t a mystical language that only a few elite people can speak.”

What’s next? For the lab’s night vision experiment, there are other tests they need to do, with hard science with actual lab equipment and getting real numbers on the electrical stimulation in the eye. But for now, it’s fair to say it worked.

“Once you get the hard numbers, that’s it,” Licina says. “You take it and quantify it and write it down, and release it. … This is how science works. It isn’t flashy. But it makes it more accessible. It shows it can be done. If we can do it in our garage, other people can, too.” 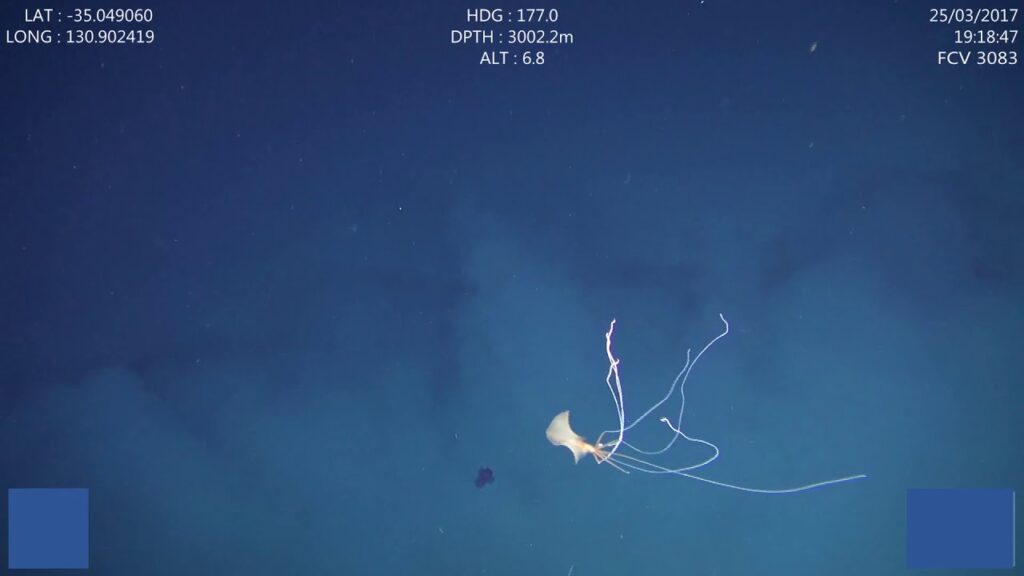 Huge mysterious inhabitants of the depths caught on video

Biologists have published a video that captures some of the least studied inhabitants of the deep sea. We are talking about deep-sea squid from the...