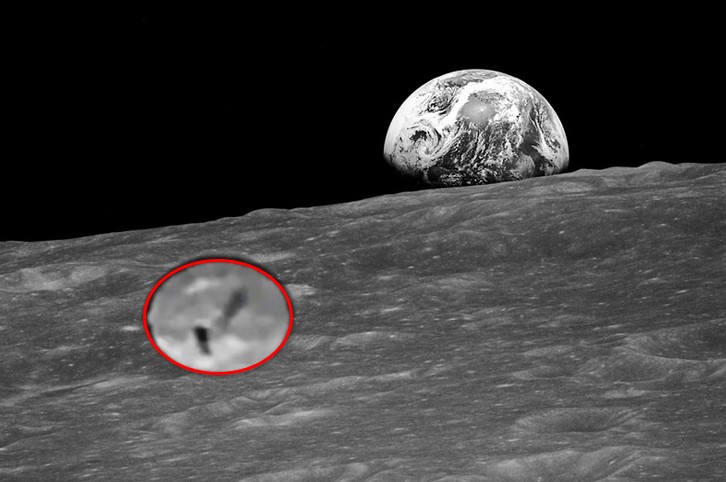 The images presented in the August 2003 issue of Electric Space Craft, a scientific journal, have aroused enormous interest. The publication contained an extraordinary series of frames taken from NASA images included in the TV program, NOVA: To the Moon. The meaning of the images had only recently been noticed.

While Apollo 8 orbited 70 miles (113 km) above the lunar surface, with the Earth in the background, it took pictures of the ground below. At some point in the NOVA program, a small black object, tall and cylindrical, seems to protrude from the moon. 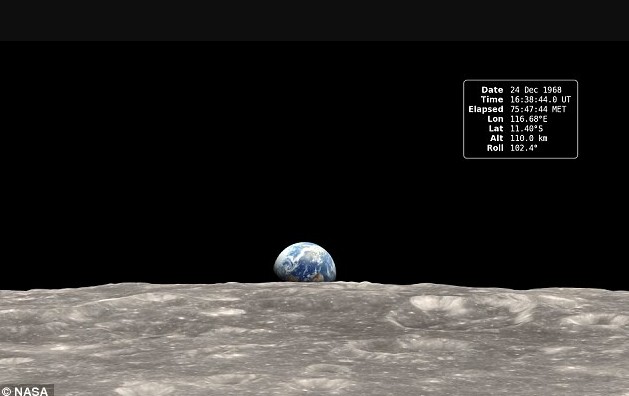 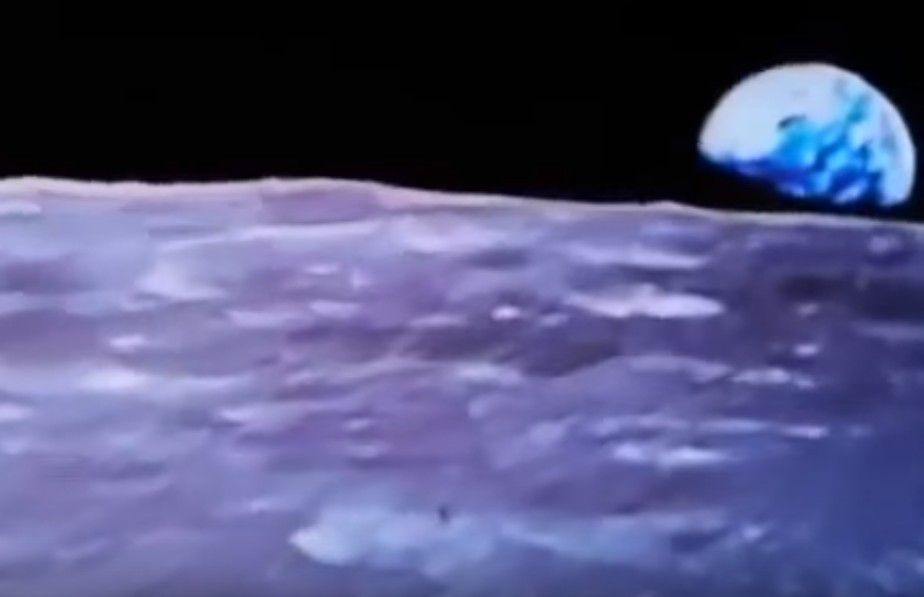 in a frame of the Apollo 8 video visible in the NOVA documentary below, you can see a small dark object on the lunar surface

In fact, just as it seems that the Apollo 8 camera is about to pass, the strange object seems to release a cloud in the form of a jet. It can be described as a funnel that expels a puff of smoke. The “cloud” moves to the right and then dissipates. Although the black object appears small on the screen, it should be hundreds or thousands of feet tall if it were actually seen from such a high altitude. 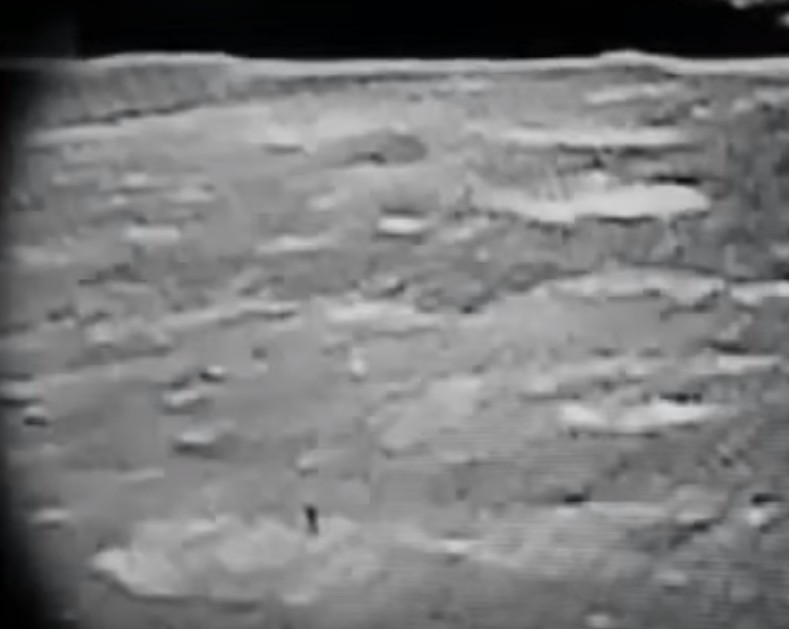 From the still images taken from the Apollo 8 video, you can see the anomaly that appears first near the center of the frame, then descends towards the lower left corner while the camera moves forward. Additional color images have been sent to us from the scientific publication.

Electric Space Craft has increased the sharpness and contrast of black and white images to clarify the scene for printing (however, you can see for yourself the real movie if you watch the documentary NOVA: To the Moon, on YouTube, (or DVD). The executive director of the magazine (and former engineer Apollo), Charles A. Yost, said that the anomaly is clearer on the VHS version due to digital compression for the DVD. 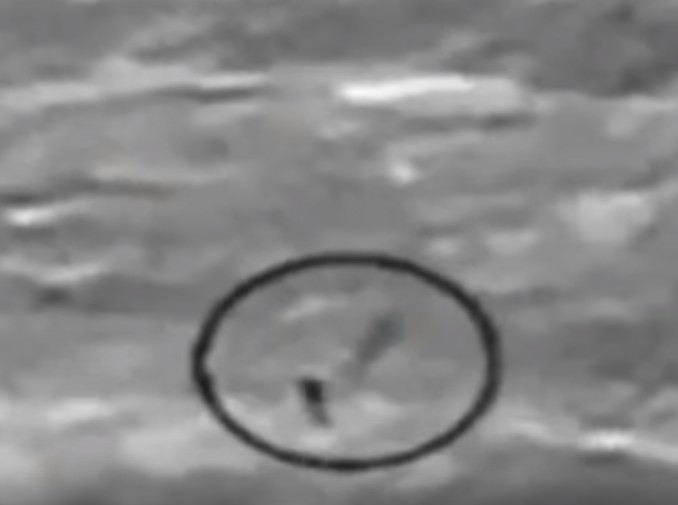 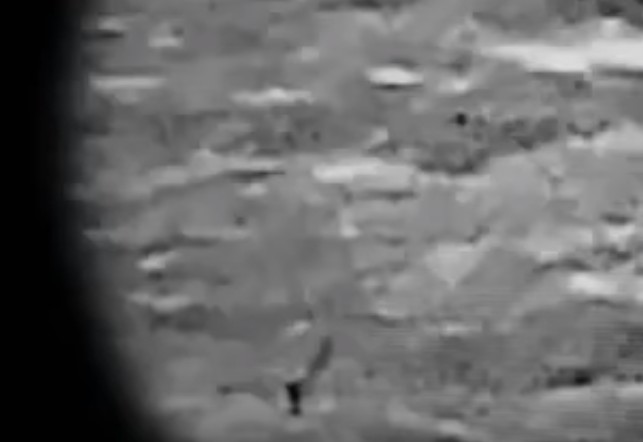 When enlarging the images, or rather the frames of the APOLLO 8 video that last 3 – 4 seconds, you can notice a puff of black smoke coming out of the cylindrical black object. Is it a funnel of a mining facility?

The object appears on the screen for two seconds (at minute 47.50) but was not mentioned in the NOVA program. Apparently it was not noticed until it was identified by the Electric Space Craft staff. At first glance, the anomaly does not seem to be dirt (dust) on the film because it can be seen in many frames, it changes when the perspective of the camera is changed and produces the inexplicable cloud-like shape that drift and vanishes. (see video below Nova: To the Moon- minute 47.50)

According to NASA, they did not have a color camera with a zoom on the Apollo 8 mission. The image in question shows clear evidence of a zoom. Therefore, unless there was an integrated camera that NASA kept secret, this zoom effect should not be seen. There are people who claim that NASA had a lot of secret cameras on board, but if so, then why did this “secret” footage fall into NOVA’s hands? It is curious that zooming on a photograph would create such a strange anomaly and we would like to hear thoughts about what the anomaly could be. 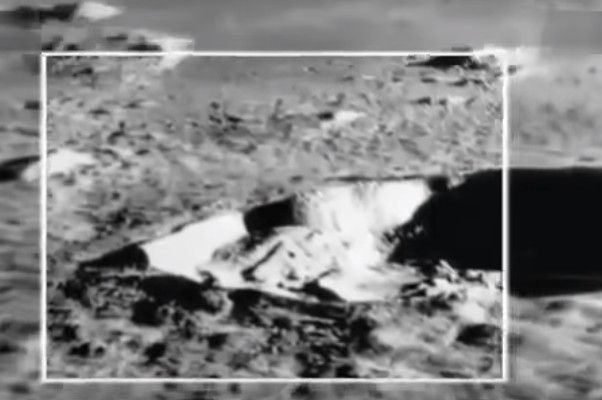 In the Kepler Crater, mysterious structures are visible that suggest mining activities 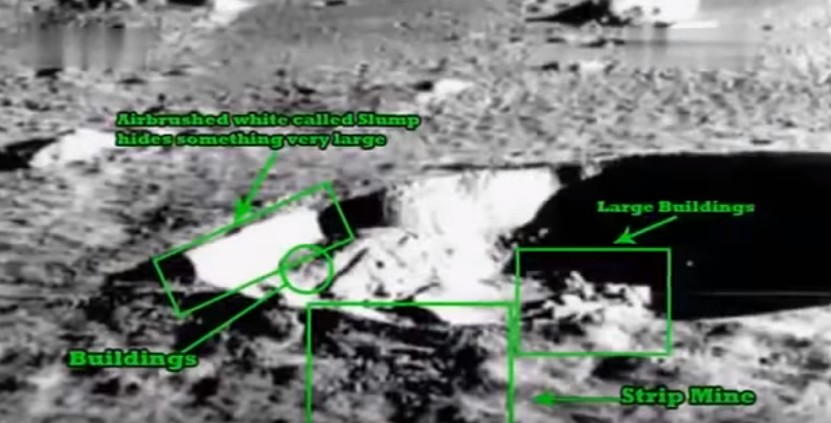 The strange thing is that the Russians have noticed this anomaly by declaring that they had seen smoke coming out of the lunar surface during the Apollo 8 orbital journey. But then NASA had denied it. The chimney visible in the NOVA video is more than 300 meters high. The UFO researchers are wondering if this structure is part of an extraterrestrial mining industrial complex located in the Kepler Crater.

Below is the documentary Aliens On The Moon, where from minute 35.02, the images of this mysterious alien structure appear like a real “chimney”.