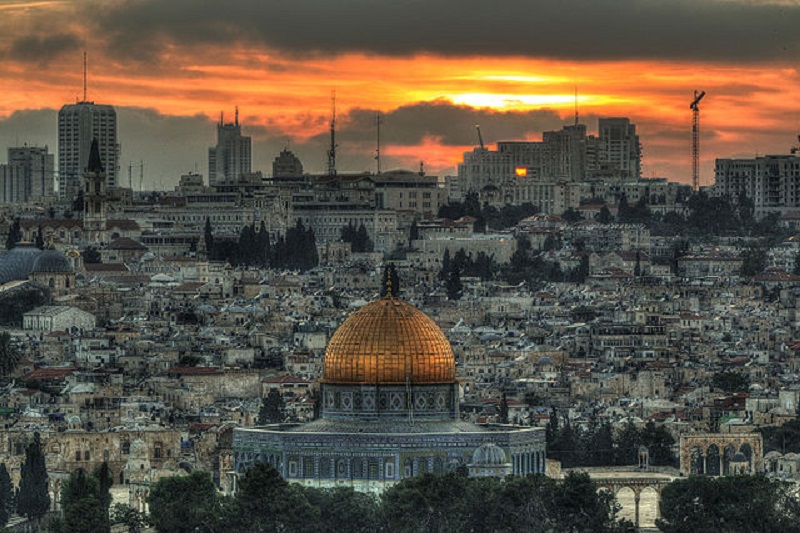 According to ancient Jewish tradition, all unusual phenomena observed on the morning of Hoshan Rabbah are considered to be especially favorable, or they may be the last harbingers of the war between Gog and Magog.

The Midrash Talpiot, compiled by Elijah ben Solomon Avraham HaKohen of Smyrna in the 17th century, states that the war between Gog and Magog will begin three hours before dawn on the last day of Sukkot. The battle will last three hours and will be accompanied by unprecedented flames and smoke. And when the war is over, the Messiah will appear.

As israel365news.com reports, Hoshanna Rabbah, the seventh day of Sukkot, was predicted long ago as the day of the beginning of the pre-Messianic war of Gog and Magog, the threshold of which will be accompanied by unprecedented sights and sounds. It was therefore particularly disturbing when an Israel365 News reporter spotted an inexplicable white ghost hovering near the Dome of the Rock that day.

Israel365 News correspondent Joshua Wander, a Mount of Olives resident, sees the Temple Mount every day from his living room window. So when he joined the prayer meeting on the Mount of Olives, Wander was surprised to see a misty white figure floating in the air next to the Dome of the Rock.

Wander inquired about the ghost from people who were on the Temple Mount at the time of the sighting, and no one reported seeing anything unusual.

It should be noted that directly below the site of this strange phenomenon is the eastern retaining wall of the Temple Mount, where, quite recently, plants in some amazing way formed clearly distinguishable letters:

Perhaps the the 17th century prophecy is true. A war of only a few hours, with a huge flame can only be nuclear and the current situation is very suitable for this.

During the Cold War, neither the USSR nor the USA were cornered and a nuclear war could start just on a senseless whim, and therefore it didn’t start, there was no point.

Now Putin has driven the Russian Federation into a corner from which there is no way out. The Pseudo-referendums were the burning of the last bridges to retreat. Nuclear weapons are the last hope of the Russian regime that has gone, otherwise defeat and punishment will be all the same.

Therefore, if you look at it this way, now everything converges in this regard. If a nuclear war does not occur at such a time, then it will never happen again. Now is the most convenient and logical case for this and many have just began to believe in the Apocalypse again. But let’s wait and see.

In this article:Gog and Magog, Israel