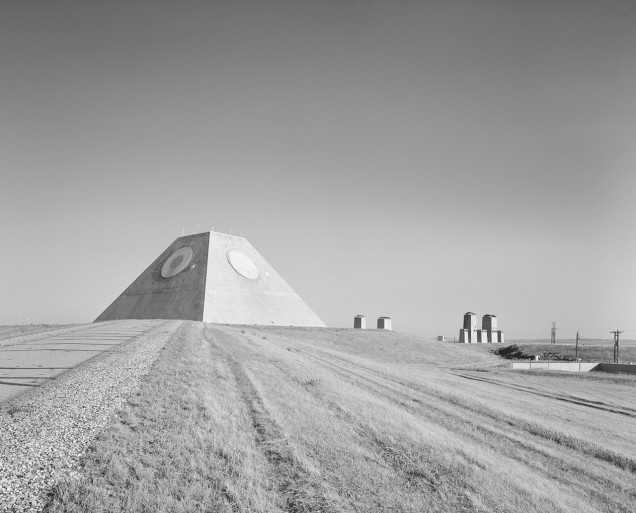 A huge pyramid in the middle of nowhere tracking the end of the world on radar. An abstract geometric shape beneath the sky without a human being in sight. It could be the opening scene of an apocalyptic science fiction film, but it’s just the U.S. military going about its business, building vast and other-worldly architectural structures that the civilian world only rarely sees.

The Library of Congress has an extraordinary set of images documenting the Stanley R. Mickelsen Safeguard Complex in Cavalier County, North Dakota, showing it in various states of construction and completion. And the photos are awesome.

Taken for the U.S. government by photographer Benjamin Halpern, the particular images seen here show the central pyramid—pyramid, obelisk, monument, megastructure: whatever you want to call it—that served as the site’s missile control building. Like the eye of Sauron crossed with Giza, it looks in all directions, its all-seeing white circles staring endlessly at invisible airborne objects across the horizon.

One thing I like so much about these shots is how they remind me of the hulking Mayan ruins found at Chichén Itzá.