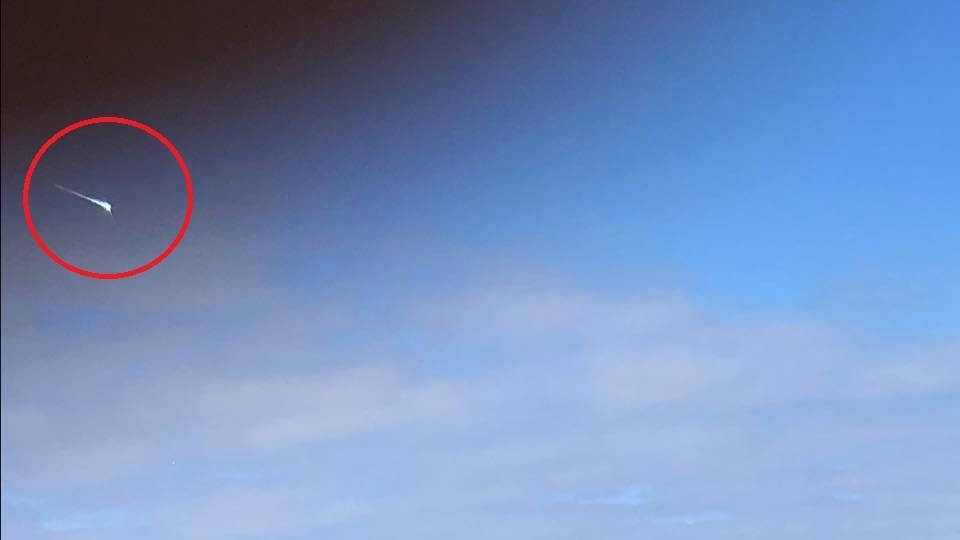 An unusually bright flash and loud sonic boom were seen in the south of the island nation. The people of Wales, England and even parts of France were confronted with a strange phenomenon. There was a loud sound in the streets. Its duration did not exceed a few seconds, but it was powerful enough to be noticed.

Listen to how it happened in the footage below. The noise has been compared to a salvo of rockets  —  some people thought it was the result of testing military equipment. Nevertheless, the British Department of Defense said that the military was not involved in this unusual phenomenon.

This and other similar records were handed over to experts for analysis. According to them, the sonic boom was due to a meteorite. Footage confirming the presence of a cosmic body in the Earth’s atmosphere was also found on the network.

Interestingly, the meteorite was clearly visible during the day. This proves that the “fireball” that frightened many was quite large. Otherwise, it would be difficult to notice its glow. Several eyewitnesses, as well as satellite data, subsequently made it clear that the meteorite fell into Bristol Bay.