The relationship between the mind and the brain is a mystery that is central to how we understand our very existence as sentient beings. Some say the mind is strictly a function of the brain — consciousness is the product of firing neurons. But some strive to scientifically understand the existence of a mind independent of, or at least to some degree separate from, the brain.

The peer-reviewed scientific journal NeuroQuantology brings together neuroscience and quantum physics — an interface that some scientists have used to explore this fundamental relationship between mind and brain.

An article published in the September 2017 edition of NeuroQuantology reviews and expands upon the current theories of consciousness that arise from this meeting of neuroscience and quantum physics. 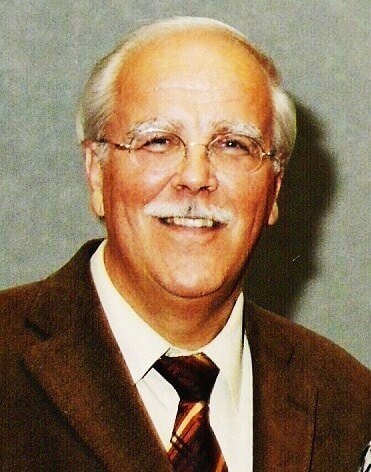 Dr. Dirk K.F. Meijer, a professor at the University of Groningen in the Netherlands, hypothesizes that consciousness resides in a field surrounding the brain. This field is in another dimension. It shares information with the brain through quantum entanglement, among other methods. And it has certain similarities with a black hole.

This field may be able to pick up information from the Earth’s magnetic field, dark energy, and other sources. It then “transmits wave information into the brain tissue, that … is instrumental in high-speed conscious and subconscious information processing,” Dirk wrote.

In other words, the “mind” is a field that exists around the brain; it picks up information from outside the brain and communicates it to the brain in an extremely fast process.

He described this field alternately as “a holographic structured field,” a “receptive mental workspace,” a “meta-cognitive domain,” and the “global memory space of the individual.”

Extremely rapid functions of the brain suggest it processes information through a mechanism not yet revealed. 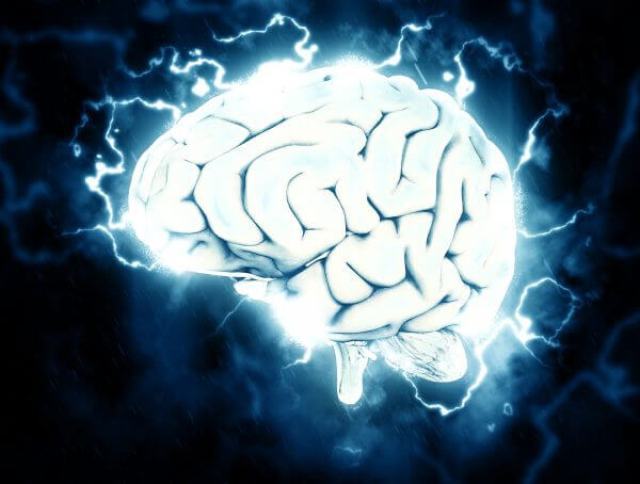 There’s an unsolved mystery in neuroscience called the “binding problem.” Different parts of the brain are responsible for different things: some parts work on processing color, some on processing sound, et cetera. But, it somehow all comes together as a unified perception, or consciousness.

Information comes together and interacts in the brain more quickly than can be explained by our current understanding of neural transmissions in the brain. It thus seems the mind is more than just neurons firing in the brain.

Neuroscientists are still searching for a mechanism for this “binding” of disparate parts of the brain’s information processing. Meijer has turned to quantum entanglement and tunneling for part of the answer.

Quantum entanglement is a phenomenon in which particles appear to be connected over vast distances. When actions are performed on one of the particles, corresponding changes are observed on the others simultaneously.

Quantum tunneling is a phenomenon in which a particle tunnels through a barrier it shouldn’t be able to according to classical physics.

These quantum phenomena allow for processes so rapid, they can’t be explained with classical physics. So they may help explain ultra-fast subconscious mental processes.

Principles of quantum physics may explain how the mind processes information. 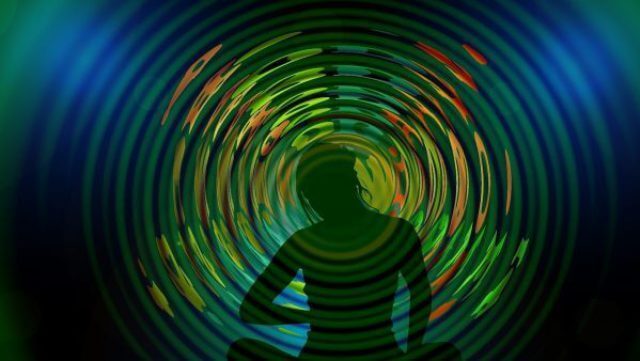 If the “mind” or mental field could interact with the brain this way, it could be a step toward explaining the rapidity of mental processes.

Meijer also uses the wave-particle nature of matter in quantum physics to explain the relationship between the mental field and the brain. Essentially this principle holds that electrons and photons exist in the form of waves, but can also behave like particles. In a manner of speaking, they are both waves and particles.

Similarly, Meijer said the mental field is both non-material and, at the same time, physically part of the brain: “The proposed mental workspace is regarded to be non-material, but in relation to the individual brain, entertains a non-dual wave/particle relation according to quantum physical principles: it is directly dependent on the brain physiology but not reducible to it.”

The mind and the brain, according to Meijer, are connected. They are unified, yet separate. Such an apparent paradox is characteristic of quantum physics.

The mind may reside in another spatial dimension. 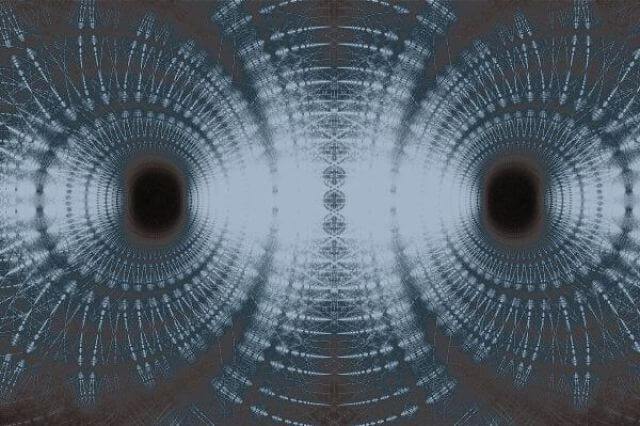 Meijer hypothesizes that the mental field is in another dimension: “That we cannot directly perceive this information aspect is traditionally ascribed to a hidden fourth spatial dimension … which cannot be observed in our 3-D world, but can be mathematically derived.”

He cited studies that have suggested this concept of dimensions could reconcile the miss-matches between traditional physics and quantum physics that plague scientists today.

The mind would exist in the fourth spatial dimension. 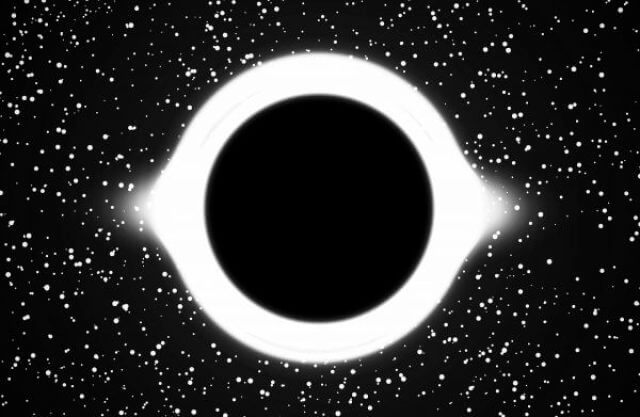 Meijer envisions a sort of screen or boundary between the outside world and the individual mental field. He likens this boundary to the event horizon of a black hole.

“It is assumed that information entering a black hole from the outside is not lost, but … rather is being projected on its outer screen, called the ‘event horizon,’” Meijer wrote.

“Consciousness is a boundary condition between a singularity (black hole) and space within the brain.” The event horizon separates “a mental model of reality for internal use in each individual” from all that exists outside of it. Yet it is connected to a “universal information matrix.”

Meijer described via email how this “dynamic holographic boundary” collects information from inside the brain as well as from the “information fields in which our brain is permanently embedded.” He said: “In this manner, it is implicitly connected to a universal information matrix.”

The structure of the hypothesized mental field could take the shape of a torus. 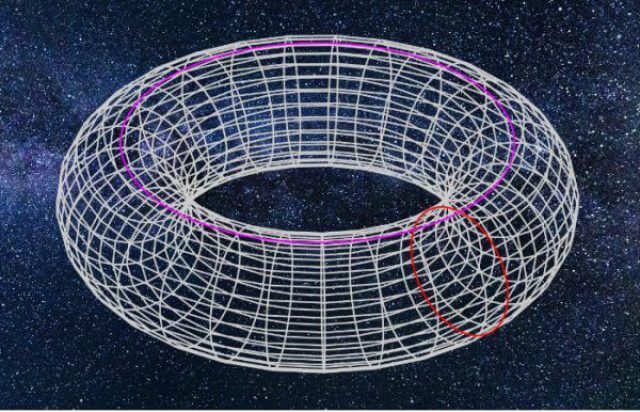 The geometrical shape known as a torus is well suited for the nature and functions Meijer attributes to the mental field.

A torus is described by the Merriam Webster dictionary as, “a doughnut-shaped surface generated by a circle rotated about an axis in its plane that does not intersect the circle.”

Meijer presented various reasons within physics theories for choosing this shape for his hypothesized mental field. One reason is related to a theory of how electrical activity in the brain oscillates. 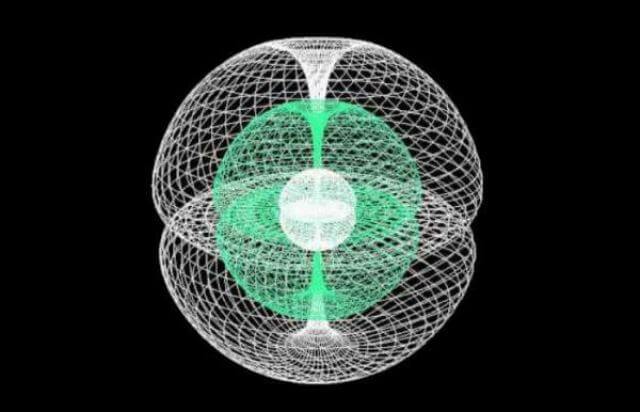 These rhythms have been compared to microscopic features of the universe, such as those described by String Theory. Meijer described these as “multidimensional torus movements.”

The torus structure is found in physics from the micro-scale to the extreme macro-scale of black holes and the universe as a whole, Meijer explained. It could be instrumental in dynamically integrating information in the mind and brain.

Meijer discusses the broader implications for the philosophy of mind–matter relationships.

Meijer wrote: “Our paper, may directly contribute to an answer on the famous question of [cognitive scientists and philosopher David] Chalmers …: how can something immaterial like subjective experience and self-consciousness arise from a material brain?”

The ability of the mental field to pick up information from other fields, as conceived by Meijer, could also explain some anomalous phenomena, such as extrasensory perception, he noted.

In his view, “Consciousness can be regarded as the most basic building block of nature and consequently is present at all levels of the fabric of reality.” 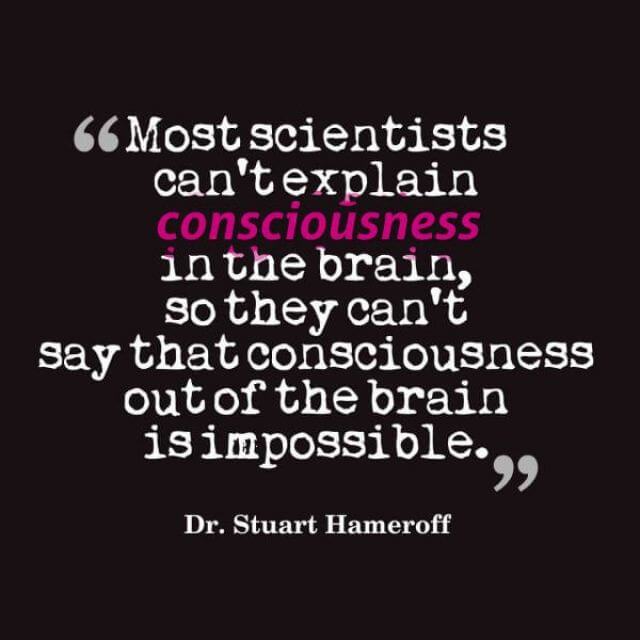 Since quantum physics emerged, scientists have been exploring its ability to explain consciousness. Meijer’s work fits within that exploration.

Another theory called “orchestrated objective reduction,” or “Orch-OR,” was developed by physicist Sir Roger Penrose and anesthesiologist Dr. Stuart Hameroff. On his website, Hameroff describes the theory: “… it suggests consciousness arises from quantum vibrations in protein polymers called microtubules inside the brain’s neurons.”

Like Meijer, Penrose and Hameroff have said “there is a connection between the brain’s biomolecular processes and the basic structure of the universe.” They have also called for a major change in how scientists view consciousness.

Hameroff said in an interview with the blog Singularity: “Most scientists can’t explain consciousness in the brain, so they can’t say that consciousness out of the brain is impossible.”

Update: Dr. Dirk Meijer has provided The Epoch Times with an update on his paper, clarifying that quantum tunneling and entanglement are not the most likely methods of information transfer between the mental field and the brain. These two phenomena have been shown to provide only a correlation between two particles, not necessarily information transfer (although that may prove to be the case with further research).

Rather, quantum wave resonance is a more likely mechanism of extremely rapid information processing in the brain. This means, instead of signals being sent between neurons in the brain, a wave pattern that encompasses all neurons, as well as the mental field, transmits the information instantaneously.

Picture a vibration wave going up and down in a consistent pattern and running all through your brain and even outside of it. That pattern communicates information that can be understood by vibratory receptors in your brain. All of this is happening in a dimension and at a microscopic level not directly perceptible through conventional scientific instrumentation at our disposal today, yet can be inferred through physical and mathematical modeling.

In this article:NeuroQuantology, Quantum Physics 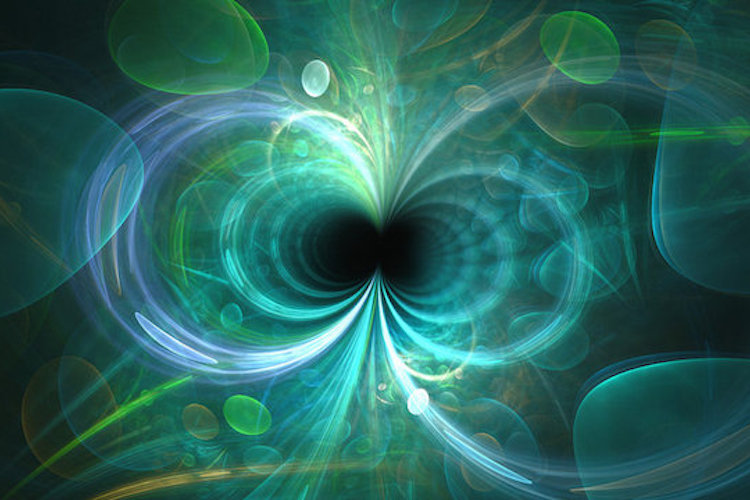