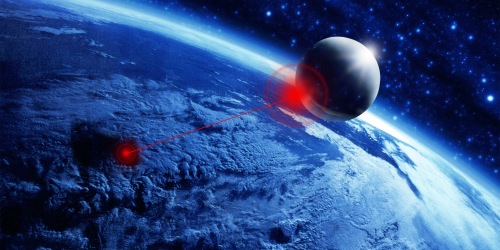 For centuries, astronomers have suggested that the solar system contains undiscovered planets that rotate in the remote, dark reaches of the solar realm. From time to time, they noticed the gravitational effects of unknown bodies, forcing them to look for the culprit. This is how Neptune and Pluto were discovered.

And now, astronomers are faced with a similar puzzle: they have a whole package of evidence that somewhere on the periphery of the solar system there is a huge planet. According to preliminary calculations, it should revolve around the Sun at a distance of about 500 astronomical units or 70 billion kilometers.

Another testimony came from the Kuiper belt, located beyond Neptune. Having studied the distribution of open objects in the belt, astronomers were surprised to find that the objects there are not evenly distributed, as in the asteroid belt, but are collected by local groups. It seems that if these objects are combined together, then some huge mass collects them into clusters.

This object is traditionally called Planet Nine. According to estimates, it should have a mass of 5-10 times the mass of the Earth. At one time, it was believed that the object cannot be seen, since it is extremely far away, but recently a different theory has dominated astronomers. So many people think that Planet Nine is the primary black hole left over from the Big Bang.

If this black hole has a mass of the order of 5-10 Earth masses, its diameter will be about 5-10 centimeters. But even if the mass of the black hole is more significant, its diameter will still be insufficient for detection through a telescope. In addition, a black hole is invisible in nature and can only be seen if it interacts with matter. In the light of these sad data, astronomers bang their heads against the wall and try to circumvent the laws of nature by devising a way that will allow them to see such objects. And today, thanks to a new scientific work by Ed Witten, a physicist at the Institute for Advanced Study in Princeton, New Jersey, astronomers have such an opportunity.

Witten’s idea is to look not for the black hole itself, but for the gravitational deformations that it creates around itself. And for this, you need to send a fleet of space ships to the black hole. Only it will not be huge battleships and cruisers from science fiction films, but objects of a microscopic size – nanopowder. Witten is not the first to represent the potential of a nanospace ship. Various scholars and visionaries have been exploring the idea of ​​using powerful ground-based laser beams to advance tiny chip-based spacecraft toward the stars. In particular, even the project of sending such devices to the stars was considered.

The idea is that the spacecraft will travel as if at the tip of a huge laser beam sent from the Earth, from the Moon or from a large orbital station. And although a lot of money was invested in this project and NASA even tested experimental lasers and devices, nevertheless, all these were, as it were, developments that would help only the next generations to reach the nearest stars. Nevertheless, Witten’s idea is revolutionary in its own way, since no one considered sending a probe weighing in hundredths of a gram. Moreover, such a probe may not be the only one – they can be sent in whole clouds.

All that is required of such an apparatus is to carry a transmitter, a device for determining its exact position and an onboard clock on board. This huge and complex, by the standards of the last century, set today can be implemented as a single chip. At the same time, due to its small mass, this reflecting plate with a chip can be accelerated to real cosmic speeds – a few percent of the speed of light.

Another great opportunity is the cloud of these spacecraft. So, since astronomers only assume the presence of a black hole in the solar system – their devices do not even have a clue in which direction to fly to search for it. But the cloud allows you to comb the whole sector and look for deviations there in the course of time and in gravity. Astronomers compare this approach with “shooting at Planet Nine with a shotgun”.

According to the estimates of the British rocket engineer Kevin Parkin, the cost of such a mission will be from 100 million to 1 billion dollars, which is simply ridiculous for space agencies. At the same time, the mission will be a demonstration to the world of its technologies and gravitational mapping of the entire flight route – in the end, who knows what else there is on the way to Neptune. Although the main prize will, of course, be the main prize, when in a few weeks or months the cloud of nanites reaches the Kuiper belt and opens there the primary black hole. 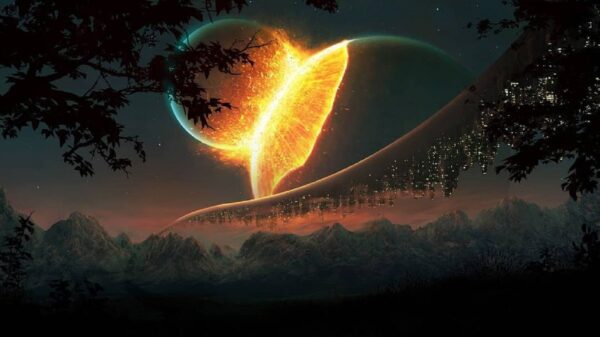