You do not have to be very smart to realize that something strange is happening in our skies. In recent weeks, incidents apparently without explanation are occurring in several places on the planet.

Last February, a strange spiral cloud appeared near Stonehenge and facilities of the British Ministry of Defense (MoD). However, meteorologists and MoD officials were not able to find a logical and rational explanation.

In the middle of this month of March, a mysterious very bright ball crossed the night sky of Russia near Tunguska . A dashcam caught a strange flash changing color from green to yellow to orange in a remote area of the Krasnoyarsk region in Siberia. And several days ago, several UFOs were spotted in Venezuela, during the great blackout. Even one person managed to record what appeared to be the landing of one of these alleged ships. But when we thought that they were isolated incidents, now a mysterious object has fallen in Anchorage, Alaska. And the most surprising thing of all is that the American authorities do not know what it is.

Another mysterious object falling from the sky

On March 19, 2019, a strange object fell from the sky while emitting some kind of smoke trail over Anchorage, Alaska. After the images were sent to a local television news channel, the video went viral all over the world, with many people speculating about its origin.

And there were many who emerged that maybe it was an airplane, but both the United States Air Force and the Federal Aviation Administration (FAA) officially declared “they had no idea what the object might be”, but that it definitely did not belong to the US Army, nor to any US airline. In the video you can hear the conversation of the witnesses, who say the following:

“What is that? I do not know what that is. I hope it is not an airplane. It’s definitely not an aircraft in the sky, that’s for sure. It’s like something … it’s going down. Now there is a little fire at the end. You see it? I’m going to approach. It looks like a plane falling. I hope not.”

Adonus Baugh, a young man of 18 years, was one of the people who witnessed the strange anomaly in the sky along with his mother. As he explained to the local media, they were driving and could stop and record it for about 40 seconds. When he delivered the images to the TV channel KTVA, he said that at first he thought it was a meteor or something similar that was entering the atmosphere, but neither he nor his mother could identify it.

After this sighting, another witness named Bebe Kang also contacted KTVA, who took two photographs of the strange object at approximately the same time (20:23 local time) and posted them on Facebook with a description:

“It looks like an airplane or planes. It was big, super slow and red. I tried to record a video, but it got smaller and smaller. I really thought it could be an asteroid.“

It was then that journalists from KTVA contacted Elmendorf Air Force Base in Anchorage. But the spokesman of the base said that it was not any of his airplanes and did not want to speculate on what could be. The KTVA also contacted the Federal Aviation Administration, who said that the object was not an airplane and that they had no reports of any aircraft in that area on March 19.

Although both the Air Force and the FAA denied that it was an aircraft, Peter Davidson, director of the NUFORC (National UFO Reporting Center), said it was simply a high-altitude passenger plane with a wake behind it.

“It’s in level flight, but because it’s flying away from the camera, it seems to be falling,” Davidson said. “It’s not, but Parallax makes it look that way.”

The director of NUFORC refers to a photographic effect whereby the position or direction of an object seems to differ when viewed from different positions. That could be true and this time the most skeptical are in agreement with the supposed UFO expert, in that the object looks more like an airplane and its wake illuminated by the reddish sunlight of the afternoon. And this explanation will be convincing, unless the Air Force and the FAA have no records of any plane in Anchorage on March 19. But the last thing we expected was for a UFO investigator to become the standard bearer of the skeptics in this case.

However, what is most striking is that this new sighting occurs at the same time as other similar incidents around the world. So it leads us to think that maybe they have a certain relationship. Now, is it some kind of military evidence? Or could its origin be from other worlds?

In this article:Alaska UFO, meteor 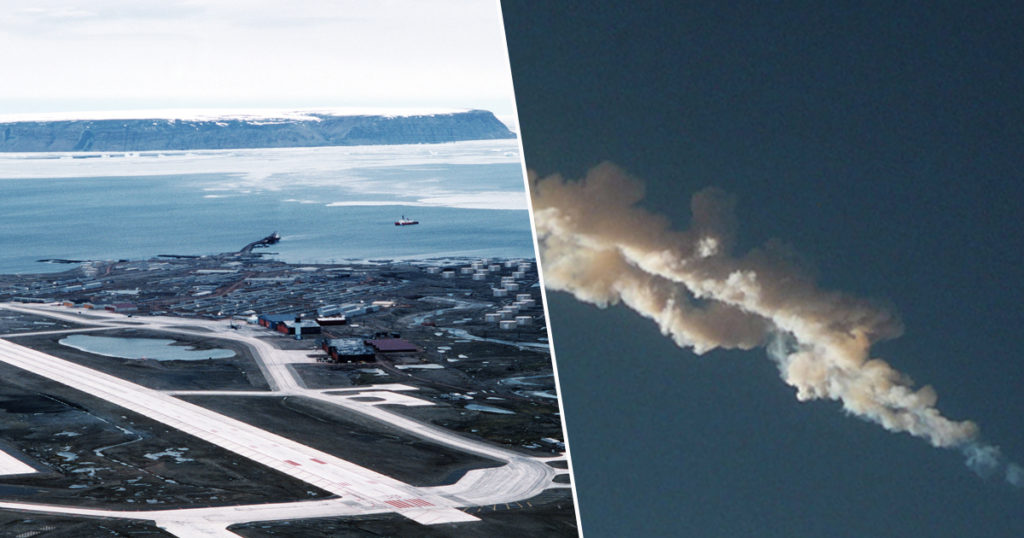 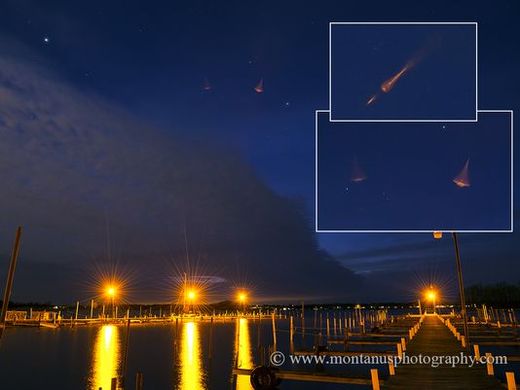