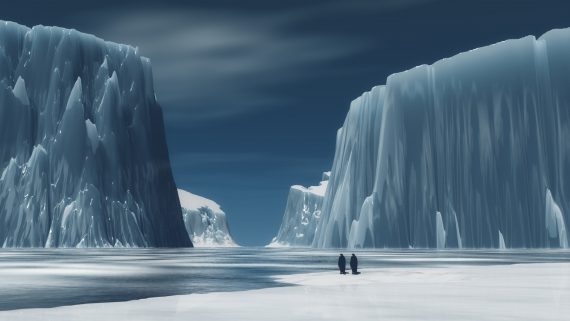 Antarctica might as well be another planet. There is still much left to explore on the frozen continent on the bottom of the Earth, and it seems like each week there’s a new discovery which adds to the growing mystery of what might lie beneath the Antarctic ice sheet. Strange lost continents? Unknown, bizarre organisms? Secret Nazi bases? How about all of the above, that do anything for ya? 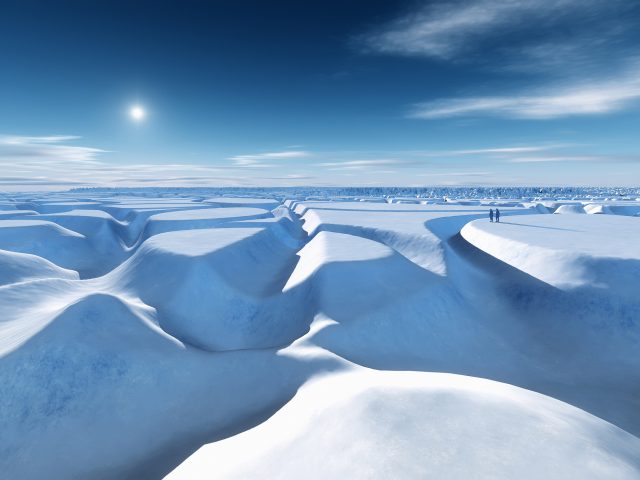 This week, the latest bizarre Antarctica news concerns a mysterious, radioactive heat source melting the Antarctic ice sheet from below. Is this one of those crashed alien spacecraft the Google Earth people keep warning us about, or just some unknown geothermal process?

Of course it’s gonna be some boring rock phenomenon. It’s never aliens. Until it is. Scientists with the the British Antarctic Survey (BAS) found areas of the Antarctic Ice Sheet were melting unexpectedly quickly and used radar to peer through three kilometers of ice to determine what might be causing the melting. What the researchers discovered is an area twice the size of London which appears to be melting from the bottom up.

The researchers found that unusually radioactive rocks and hot water bubbling up from deep within the Earth were causing the melt, and the source of the radioactivity remains unknown. Thus, while the usual boogeyman of climate change can’t be cited as the cause, Dr. Tom Jordan from British Antarctic Survey (BAS) says this new phenomenon could speed up the melting caused by global warming:

The process of melting we observe has probably been going on for thousands or maybe even millions of years and isn’t directly contributing to ice sheet change. However, in the future the extra water at the ice sheet bed may make this region more sensitive to external factors such as climate change.

The discovery of this phenomenon was completely unexpected and shows how much more we have to learn about Antarctica. In many ways, the icy continent is one of the last great frontiers here on Earth – at least above the ocean. What secrets will it reveal in the future?

Advertisement. Scroll to continue reading.
In this article:Antarctica, lost continents