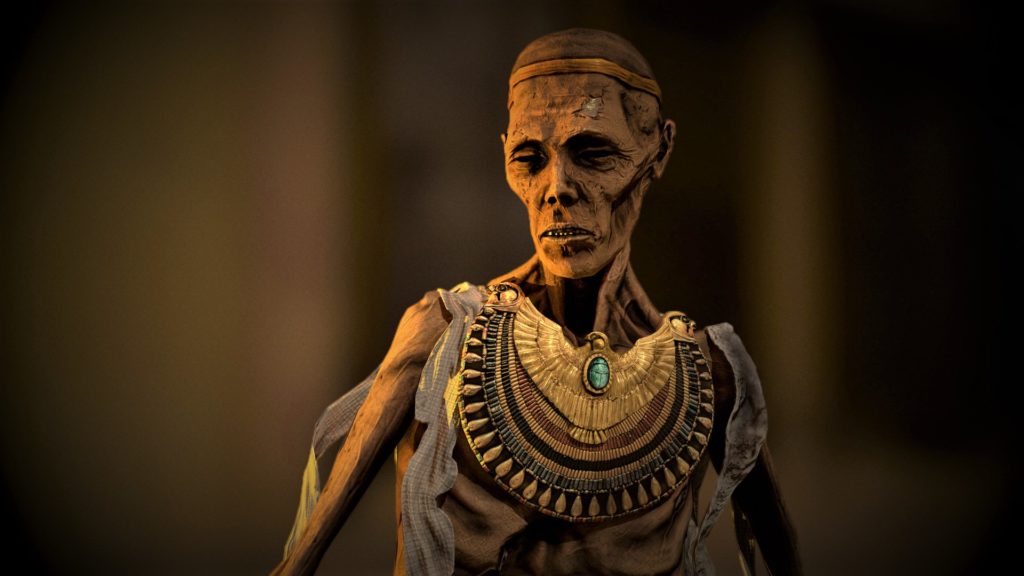 The mummy of Nesyamun, belongs to a priest who lived during the reign of Pharaoh Ramses XI about 3,000 years ago, and was found in the Karnak temple, near Luxor.

Nesyamun dedicated his life to reciting prayers and singing to the god Amun. Today, three millennia after his death, Nesyamun has spoken again.

A team of scientists at Leeds Hospital, has put the monkey in an X-ray scanner, studied his vocal tract and rebuilt it with a 3D printer.

The result is a brief sound, similar to the vowel e, which according to the researchers would be the voice of Nesyamun that rumbled in the Karnak temple.

“We are seeing if we could create some words or a song of Nesyamun by means of a computer simulation,” anticipates electronic engineer David Howard, project leader with archaeologist John Schofield.

Howard is the inventor of an amazing “vocal tract organ,” a musical instrument that plays vocals through a keyboard connected to electronic laryngs and 3D-printed tracts from real-person scanners.

In 2016, in a Victorian hall of his university, the engineer used his peculiar organ to perform alongside a soprano the O mio babbino caro, an aria from an opera by Puccini.

Scientists have only obtained a vowel from Nesyamun because they have limited themselves to trying to recreate the sound that the tract would emit in the configuration in which it was mummified.

“His tongue shrank, probably from dehydration. If we were to reproduce his speech we would have to create a language with a form that seems reasonable to his mouth,” underlines Howard, from the University of London.

The 3D printing of the vocal tract of Nesyamun is based on a technique proposed by the Belgian engineer and bass-baritone Bertrand Delvaux.

In his opinion, the investigation with the mummy of Nesyamun “opens a new world of possibilities: the recreation of voices of the past to study how the characteristics of the voice evolve over time.”

For Delvaux, the disintegration of some mummy tissues, such as their soft palate, does not prevent obtaining an outline of their original voices.

Howard’s team underscores the potential of his research to “thrill and inspire” the public, helping to spread the history of mankind.

The authors also point to another possible application for the future: to help recover the voice of people who have run out of larynx after a tumor.

And Howard recognizes a third possibility: to use the vocal tract of the Egyptian priest Nesyamun for his musical concerts.