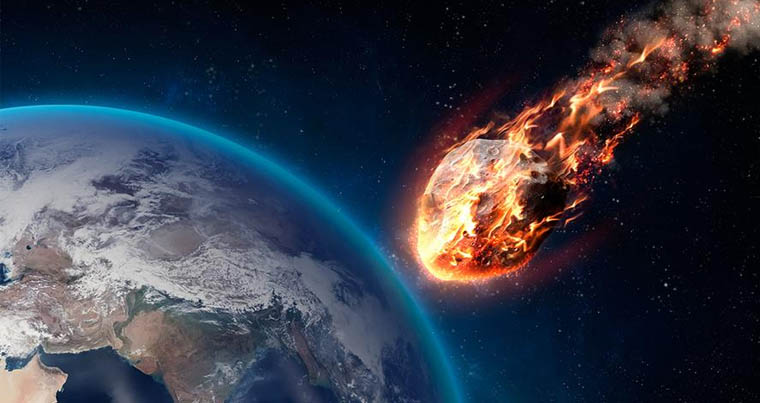 Professor Chandra Wickramasingh from the Buckingham Center for Astrobiology in Britain put forward the original version of the emergence of a new coronavirus, which spread over the whole world in a few months.

According to The Daily Mail, scientists called a meteorite that exploded over China in October last year as the source of the virus.

A meteor in the form of a glowing bright fireball rushed through the sky in the northeast of the PRC around 0:16 in the morning of October 11. It is noted that the outbreak of the virus began in this region of China.

An explosion in a cosmic body could release viral particles in the upper layers of the stratosphere and ensure their entry into the stratospheric air currents that circulate around the Earth.

“The prevailing winds spread the disease to the most affected countries,” the scientist said.

However, other scientists are skeptical of this version, indicating the close relationship of COVID-19 with other well-known coronaviruses.

It turned out that for owners of group II, the risk is higher, and for I – on the contrary, lower

In a sample of a little over 2 thousand patients, Chinese scientists found that people with blood group II are more likely to get a coronavirus infection compared to owners of other groups. And the owners of the I blood group are less likely to get infected than the rest. Specialists published their research in the medRxiv electronic scientific library.

“We first discovered the relationship between the blood group and the risk of infection with SARS-CoV-2 coronavirus. In particular, the second blood group (A) increases the risk of contracting the virus, while carriers of the first group (O) suffer less from it. If our data are confirmed, then these features of the virus should be taken into account in medical practice, “the researchers write.

Doctors and biologists from Wuhan University (China) and their colleagues from the Southern University of Science and Technology in Shenzhen (China) are interested in whether there are other risk factors besides age, lung damage, chronic diseases, and undermined immunity.

They drew attention to the fact that many viruses, including hepatitis B, Norfolk virus and several other pathogens, are much more likely to attack carriers of the fourth blood group (AB) than other people. And the causative agent of SARS, SARS, rarely penetrated into the body of carriers of the first blood group (O).

Guided by this idea, the researchers found out the proportion with which different blood groups are distributed among ordinary residents of Wuhan. It turned out that in the control group of almost 4 thousand people, one third had group I, the other third had II, the fourth part of the examined had III, and the remaining 9.1% had IV.

In the second part of the study, scientists investigated the same proportion for 1.7 thousand infected with coronavirus infection COVID-19 in a large Wuhan hospital, of which 200 have already died. It turned out that there were more patients with group II in percentage terms than among healthy people – 37.8% versus 32.2%. Moreover, among the owners of group I the picture was the opposite – there were fewer, 25.8% among patients and 33.8% among healthy people.

Thus, the proportion of people with the first blood group among patients is much smaller, and with the second – more. For groups III and IV, the percentages remained comparable.

To test these ratios, scientists also examined information on 398 patients from two other hospitals – in Wuhan and Shenzhen. The hypothesis was confirmed: people with blood group II are found among coronavirus-infected people more often than patients with other types of blood.

What exactly makes carriers of the second blood group predisposed to virus attacks, doctors can not yet say. The researchers hope that a subsequent analysis of the data collected during the peak of the epidemic in Wuhan and other cities in China will help them find the answer to this.

Advertisement. Scroll to continue reading.
In this article:blood and coronavirus, coronavirus source