Recently, a fragment of a meteorite of unknown origin pierced the roof of a house in Costa Rica. It turned out that inside it hides valuable “gifts” from space!

Meteorites are constantly falling to Earth. According to one study, approximately 36 to 166 meteorites with a weight exceeding 10 grams annually come to us from outer space. In most cases, these incidents do not represent any significant events, and the average person rarely pay attention to them. However, meteorites can sometimes be a serious threat. So, for example, more recently, a piece of space rock pierced the roof of a house in Costa Rica.

As a result of the investigation, it turned out that a meteorite weighing a little less than a kilogram consists of amazing and completely uncharacteristic materials for space bodies. This carbonaceous chondrite is a rare species of rock filled with water and organic compounds. Researchers from the University of Arizona say that many carbon chondrites are, in fact, clay balls in which the content of clay itself ranges from 80 to 95%. This is an important circumstance, if only because clay consists of water as well. 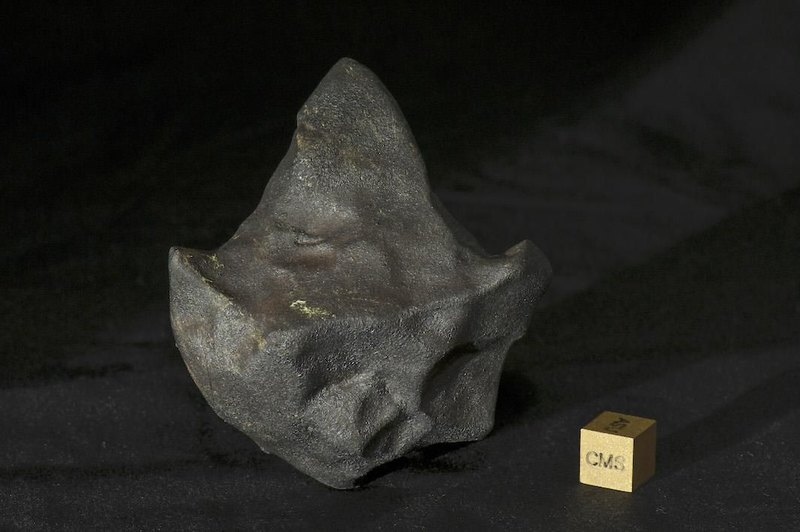 Scientists had to arrange a real race: at the time of the opening, the drought season in Costa Rica was coming to an end, and if you do not hurry, the space treasure will simply get wet from rain moisture. Initially, the meteorite was the size of a washing machine, but it split in the air. To date, researchers have managed to collect 25 kilograms of rock, which in total is a ball the size of a ball for beach volleyball.

In addition, meteorites sometimes “adapt” too well to new conditions. “If carbon chondrite is left in the air, it will quickly lose some “extraterrestrial ”properties. This will be a problem, since in this case it will become practically unsuitable for research, ”explains Lawrence Garvey, professor at the School of Earth and Space Research.

In the past, such a meteorite has already played an important role in the development of modern science. In 1969, the Murchinson meteorite, which also consisted of carbon chondrite and also fell on the ranch of a livestock owner, turned out to be a repository of components of terrestrial DNA and RNA. Among other things, it was thanks to him that scientists discovered a new family of extraterrestrial amino acids. Such cosmic bodies are especially valuable because they contain well-preserved information about the origin of the solar system and its past.

Advertisement. Scroll to continue reading.
In this article:chondrite, Meteorites

A message from ancient Mars? Fragments of asteroids, comets and even bits of crumbled planets are always falling from the sky. And this is...