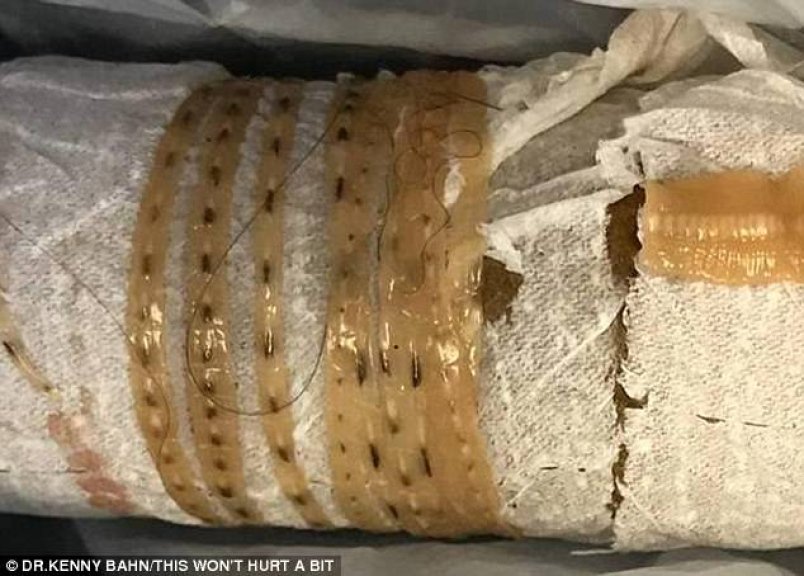 A man from California went to the doctor self diagnosing himself as having worms, after going to the washroom and feeling something “wiggling” outside of him. The doctor was skeptical of the man’s self diagnoses, but soon found out he was right, and that there was actually a tapeworm inside of him. After giving him a pill, the rest of the tapeworm came out and it turned out it was a foot and a half long! Imagine that, a parasite of this size living inside of you.

Perhaps the most freaky part of this story is that this is not as uncommon as you might think, and the majority of us have parasites that live inside of us, not always tapeworms and not always 5 and a half feet long mind you, but they are still there. I have often heard people say, “Oh, I don’t travel I don’t have parasites”, or “I don’t eat raw fish, I’m fine,” but these are just the parasite stories you hear about. It would actually be somewhat shocking if you didn’t have a parasite or at least some intestinal worms living inside of you. This is normal and natural and does not necessarily imply that there’s an issue, but there can be.

The good news is that cleansing parasites is not all that hard and can be done very affordably. The difference in the way you will feel after a cleanse, should you need to do a cleanse, will be astronomical.

“Ninety percent of humans will have a problem with parasites in their lifetime.” – Dr. Oz

Intestinal parasites can infect the gastrointestinal tract of humans and other animals. While they can live in different areas of the body, they mainly stick to intestinal walls. You can get parasites in a number of ways; they can come from the ingestion of under-cooked meat, unwashed fruits and vegetables, or infected water. You can also get them while travelling, from contact with animals, or through skin absorption.

Trichinella: Infection with the microscopic parasite Trichinella leads to trichinellosis, also known as trichinosis. This comes from eating under-cooked meats.

Hookworm: Hookworm infects an estimated 576 to 740 million people worldwide and was once a common infection in the U.S., particularly in the southeast. This typically happens from walking barefoot on contaminated soil.

Dientamoeba Fragilis: This parasite is one of the smaller parasites that can live in the large intestine. It’s unclear how exactly  it is contracted or spread.

A study out of The University of Maryland states, “Parasites can live within the intestines for years without causing any symptoms.” This is why many of us have parasites without even knowing it.

Symptoms of parasites can range greatly and so it’s important to focus on some of the most crucial ones in order to understand how serious our infection might be.

Changes in the appearance or frequency of bowel movements, especially if you have excessive diarrhea or loose stools for two weeks.

How To Get Rid Of Parasites

“CureZone.com has an excellent parasite forum where I got a lot of tips and tricks! I started to check out the sub-forum ‘Hulda Clark Parasite Protocol’ and realized that everything people know today about the three parasite cleansing herbs (black walnut hull, wormwood, cloves) was because of Dr. Hulda Clark’s discoveries. I bought her book and read the chapter explaining how to use the herbs for a complete parasite cleanse.”

Parasites could be the cause of some of your health issues, and luckily you can do something to get rid of them, you might not realize how good you can feel until you do.

Advertisement. Scroll to continue reading.
In this article:Tapeworm