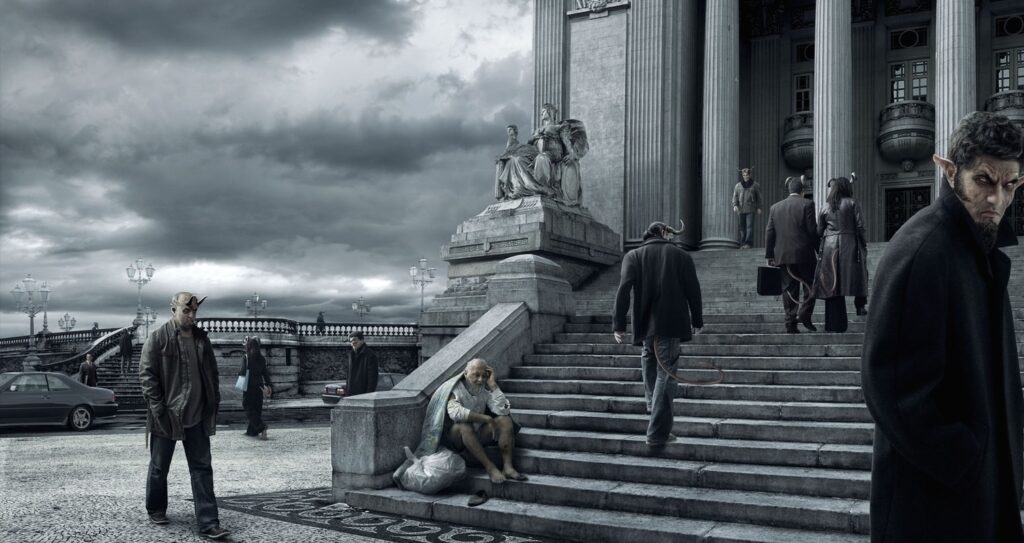 A man told how he had a mystical experience after a serious accident, which he got into in his youth. He literally got into the astral plane, but without horror: his disembodied incarnation flew over the city, looked to visit a pretty girl and saved her from the robbers. When he came to his senses, all these events turned out to be real.

One cold night in 1990, 19-year-old Tom Slemen was driving home on his favorite bike. He was urged on by the beginning of the rain, which intensified with every second. But he, as if not a local, forgot about the dangerous turn to Daisbrook Lane, which every resident of Liverpool knows about.

High speed, wet road and emergency section – everything turned out against the careless young man, and he flew into a ditch with his motorcycle, according to Liverpool Echo. Tom came to himself already in a hospital bed. As if through a veil, he heard from the doctor that he had several fractures and a serious back injury, the operation was successful, but he would have to recover for a long time. He was given an injection, and the guy again lost consciousness.

Tom had a strange dream: he was flying over the moonlit roads, by the curves of which he immediately recognized the Woolton district of Liverpool. Houses with dark windows swept past him, and only in one did he notice a light.

The young man approached him and saw a beautiful girl with red hair, who looked slightly younger than himself. She was reading Still Life with a Woodpecker by Tom Robbins. At her feet lay a tabby cat, which was closely watching the ghostly guest. The girl was called from the corridor, and the young man recognized her name – Taylor. The hospital in which Tom woke up

The guy drifted in the night sky over the city all night, but eventually everything blurred and he woke up in pain in a hospital bed. Tom found himself out of his body the next night, and that evening he again visited Taylor and her cat in Woolton.

This time the girl was in her pajamas and had her nose in a book about Marie Antoinette. The cat hissed at Tom, startling Taylor. At the same moment, the guy saw some movement below and sank down.

A suspicious man stood at the girl’s house, holding a crowbar in his hands. Tom looked at the building number, remembered the street and immediately woke up. He called a nurse, who did not believe his story, but still could not resist the requests and called the police. As Tom expected, they caught the thief red-handed at the address he gave. Time passed, the guy was discharged from the hospital, and he already began to forget about his night flights, attributing everything to the effect of sedatives and morphine. But one day he met a girl from his dream. He listed her the names of the books that he saw in his dream in her hands and described the cat Taylor. The girl suspected that something was wrong and tried to end the conversation faster.

Only a year later, when they met again at a party, did Tom get a chance to tell Taylor how he knew her, and he also told about the attempted robbery. This time, the girl was more attentive to his words and asked to reveal more details about the dreams he had in the hospital. The young people chatted until morning and agreed to meet the next day. Another and another followed. Soon, Tom made Taylor an offer, which she gladly accepted.

The guy thought that he literally got into the astral plane, and unknown forces in this state decided to show him the shortest path to the love of his life. Such a mystical experience pushed Tom to study the paranormal stories that took place in Liverpool. He even published several books based on urban legends.