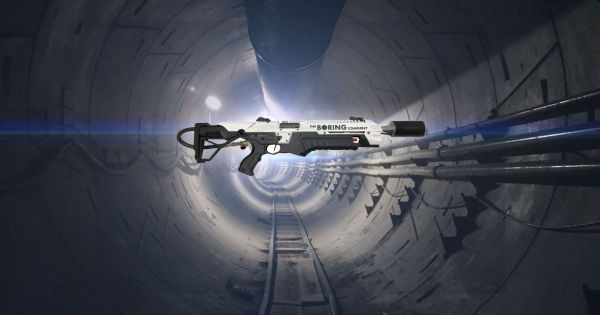 In just four days, The Boring Company was able to sell 20,000 flamethrowers at $500 apiece. Beyond the pure profit being made on the hardware, this fire sale is sure to raise the profile of Elon Musk’s tunneling firm.

It started out as a joke, or at least something in the neighborhood of a joke, but quickly turned into yet another scheme to make a very rich person even richer. The Boring Company, Elon Musk’s business venture (ostensibly) created to dig tunnels for future modes of transportation, now sells flamethrowers.

Yes: Flamethrowers. Just weapons so destructive that the only military to ever drop a nuclear bomb on another nation voluntarily banned itself from using them in 1978.

A lot of people are asking, quite reasonably: Why’s Elon Musk hawking flamethrowers anyway? Doesn’t he have anything better to do?

Which, let’s be real, probably makes it pretty fun to be Elon Musk.

Advertisement. Scroll to continue reading.
In this article:Elon Musk, flamethrower, The Boring Company