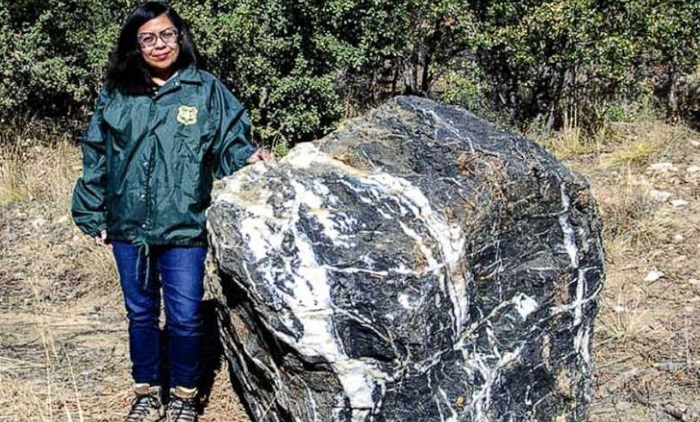 A famous giant stone in the US National Park has suddenly disappeared from its site, causing turmoil among Prescott National Forest staff.

The huge stone, called the Magic Rock, is the pride of the reserve, ABC News reported .

The disappearance of the stone, weighing a ton, was discovered by one of the reserve rangers during his daily tour of the territory. The ranger looked around the place thoroughly, but found nothing suspicious.

No one could take the stone, as this would require special permission. There was no indication of it’s loading or the fact that itself had “left” somewhere.

But where did it disappear then?

“Unfortunately, we lose treasures like the Magic Rock. We hope that it will be returned to us. “

Police suspected that the stone was stolen and initiated a search. Law enforcement agencies spreaded information about the theft of the Magic Rock and recalled that the act is subject to a fine of $ 5,000 or six months in prison.

There was no news of the incident for two weeks. The reserve staff had already come to terms with the loss, but a surprise awaited them. One day, during a regular inspection, a ranger saw the stone in its place. And again, without any trace of it’s movement.

“We’re glad the Magic Rock is back!”

No one was able to understand, neither the police nor the rangers, how this huge stone disappeared. There are no traces of a vehicle, no traces of being pulled or towed.