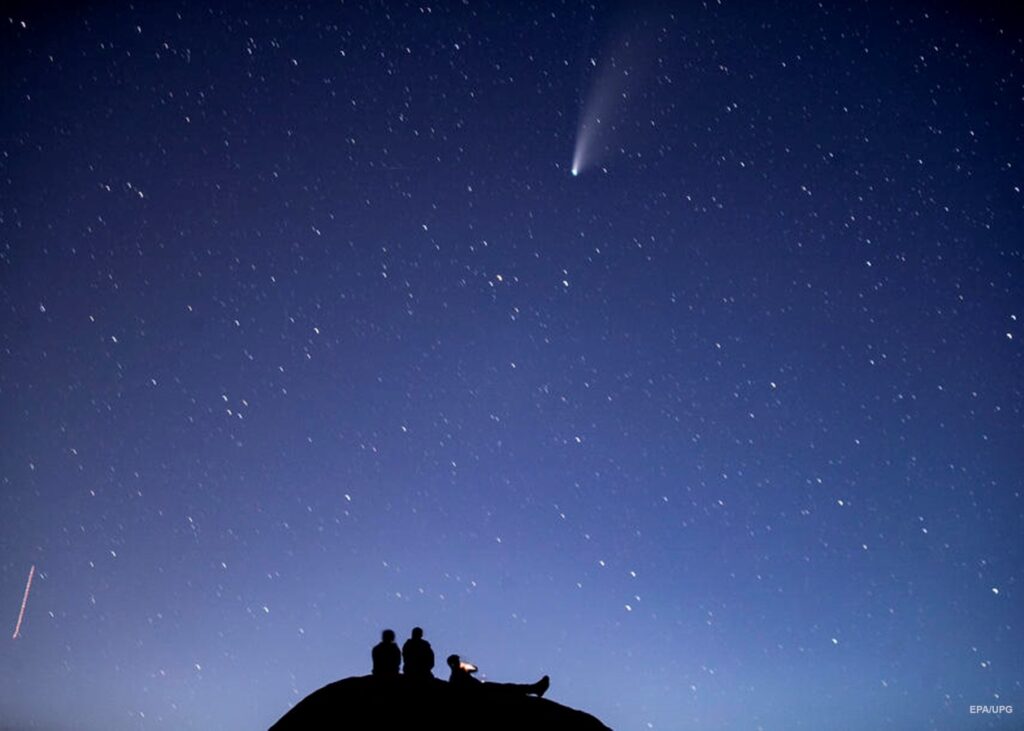 A comet the size of Everest flew past Earth on July 15, astronomers said. But now the space object flies towards the Sun and becomes larger in size.

The researchers said that the mega comet C / 2017 K2 (PANSTARRS), also called K2, flew past the Earth. However, they suggest that the object will become even brighter and larger on the further path, and in December 2022 will approach the Sun.

K2 was next to the Earth on July 15, it passed at a distance of 270 million km from it. The object could be observed live.

The mega-comet was first spotted in 2017 by the Panoramic Survey Telescope and Rapid Response System (PanSTARRS) in the outer solar system. The comet is now visible in large amateur telescopes.

The first observations of the comet revealed a potentially large nucleus and a huge shell of gas and dust. The fact that K2 has a gaseous coma surprised scientists, because at such a depth in the solar system, the temperature is so low that comets, composed mainly of water ice, should be solid.

Scientists are still arguing about the size of the comet. The Canadian-French-Hawaiian Telescope (CFHT) has shown that the K2 core could be 30 to 160 km wide, but data from the Hubble Space Telescope says it could be 18 km wide.

We noticed it at a distance of 35 astronomical units, which is far beyond the orbit of Neptune (30 AU) and almost in the orbit of Pluto (39 AU). The sun at such a distance heats the surface only a couple of tens of degrees above absolute zero, so the comet’s gas at this temperature should have been in the consistency of stone or even metal.

In any case, C/2017 K2 released a tail, which is basically impossible. Of course, if you do not take into account the presence of Nibiru in the solar system, which heats it up.

However, now we are not talking about this, but about the fact that comets always portend some bad events on Earth – famine, wars, disasters, and so on. And somehow surprisingly, it so happened that the current geopolitical crisis chronologically coincides with the observation of C / 2017 K2. So, as soon as everyone started talking about it and the comet was clearly seen through a telescope, a pandemic started. Further, as soon as the comet became visible through simple optics, accessible to amateur astronomers, the war began in Ukraine.