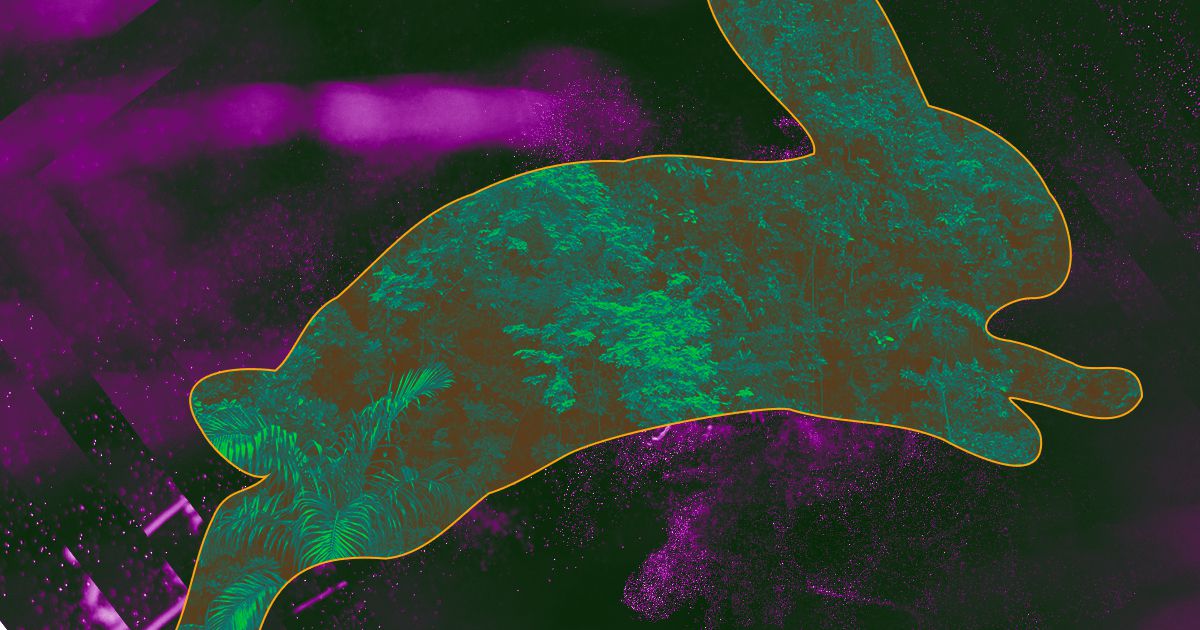 Your home is likely a hotbed of toxins, with everything from formaldehyde to chloroform finding its way into the air you breathe daily.

It’s common knowledge that houseplants can remove some of those toxins from the air, but not in dramatic amounts. Experts estimate you’d likely need two large houseplants per every 100 square feet to effectively detoxify the air in your home.

But now, researchers from the University of Washington have found they could boost the detoxing ability of a common houseplant by splicing in a bit of DNA — from a plain old bunny.

In a study published Thursday in the journal Environmental Science & Technology, the team describes how it introduced the mammalian gene CYP2E1 to the plant pothos ivy. This gene encodes an enzyme that breaks down many toxins commonly found in the home, including benzene and chloroform.

After splicing rabbit CYP2E1 into the plant’s genome, the researchers placed the growing plant into a closed container. Then, they injected either benzene or chloroform gas into the container. Other containers with unmodified plants or no plants at all served as the controls.

The researchers believe a biofilter containing their modified ivy could detoxify a home’s air at the same rate as a commercial home particulate filter.

No word on what benefits such a filter could have over its commercial counterpart — would it be cheaper, longer lasting, or better for the environment? — but even if the two are identical in all those respects, it would be pretty cool to be able to say a plant with rabbit DNA is helping clean your home’s air.

In this article:biofilter, rabbit DNA