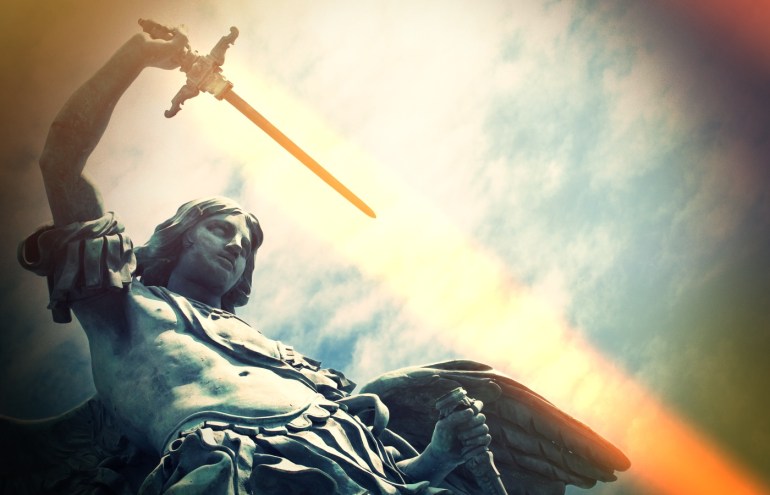 Yesterday, a message was posted on the Christian forum christianityboard.com, according to which a group of Christian mystics calling themselves the Shibboleth Group promised an imminent catastrophe of the island of La Palma, followed by the destruction of Rome:

They say the volcano is the biblical blazing sword that spins in all directions and will cause a global catastrophe. The island will collapse, the ocean will enter the core of the Earth and this will lead to the destruction of many countries. They refer to the Fatima prophecy:

“The tip of the spear as a flame unlatches and touches the axis of the earth. It shudders. Mountains, cities, towns, and villages with their inhabitants are buried. The sea, the rivers, and the clouds emerge from their limits, overflowing and bringing with them in a whirlwind houses and people in numbers that are not possible to count. It is the purification of the world as it plunges into sin. Hatred and ambition cause the destructive war!”

The third secret of Fatima is a seven-sealed secret, carefully guarded by the Vatican, so whether there is a direct mention of the island there, whether a specific date is named, we do not know. Nevertheless, we can clarify the situation a little for our readers.

First, there is a famous message from O’Regan, who has been researching Fatima for half his life. Back in 2017, in an interview with the Daily Star Online, he said the following:

“Fatima’s third secret seems to suggest that the greatest threat to America comes from a future mega-tsunami emanating from the Canary Islands. When Fatima’s seer, Sister Lucia, was instructed to record the contents of the Third Secret in 1944, she was shown a vision of a terrible tsunami that claimed countless lives after the mountain collapsed.”

Secondly, we have the studies of the famous Israeli rabbi Alon Anava from Safed. As the rabbi said, in the  treatise Sanhedrin 21a, the Talmud writes that when King Solomon married Pharaoh’s daughter, the angel Gabriel lowered a reed into the sea, around which the earth began to gather. In the end, this is how the land appeared, on which Rome was later built. But, as it is written in the Kabbalistic book Chesed L’Avraham (Kindness of Abraham), before the End of the World, an angel will pull this reed out of the water, after which Rome will again plunge into the depths of the sea.

As far as can be judged by the fact, what is happening now in a world maddened to the full extent is not far from the End of the World, so it may well be that the terrible prophecy will come true right now, and not in some years there.

Thirdly, the eruption on La Palma is only a small visible part of the problem. Cumbre Vieja now looks like an iceberg in a mantle, the main part of which is somewhere deep inside:

An iceberg in the mantle – in this case, this is not a figure of speech, but a reality called LLSVP, that is, large areas with a low shear velocity ( Large low-shear-velocity provinces ) – huge mountains and pillars, as it were, growing from the core towards bark:

Their structure has been poorly studied, where and where what goes is not clear, what is contained in these “pillars” is also unclear. It is only known that the temperature is higher there, and most likely these pillars feed the plumes, and one of the gigantic flows from these structures is located just somewhere in the triangle between the Canary Islands, the Azores and Italy:

At the same time, from the beginning of seismic activity on La Palma, both the bottom of the Mediterranean Sea and the Atlas Mountains began to actively shake, even Etna was suddenly reactivated:

In the light of the above, some kind of cataclysm of a completely epic scale is not excluded and the Mediterranean Sea may even slightly collapse along with Italy and a piece of the Atlantic Ocean floor.

In this article:The Bible, Third Secret Of Fatima 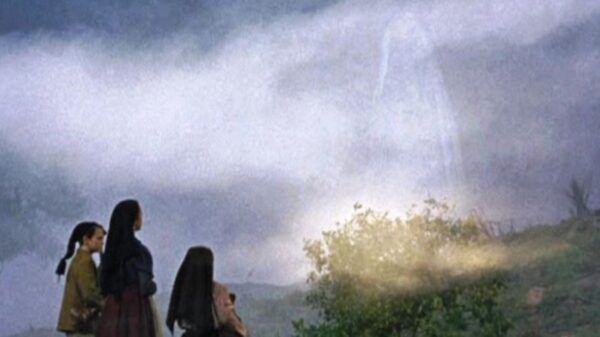 Has the time come for the fulfillment of the Third Secret of Fatima?

One of the main themes that excited the minds of eschatologists at the turn of the millennium was the so-called “Third Secret of Fátima” – the...