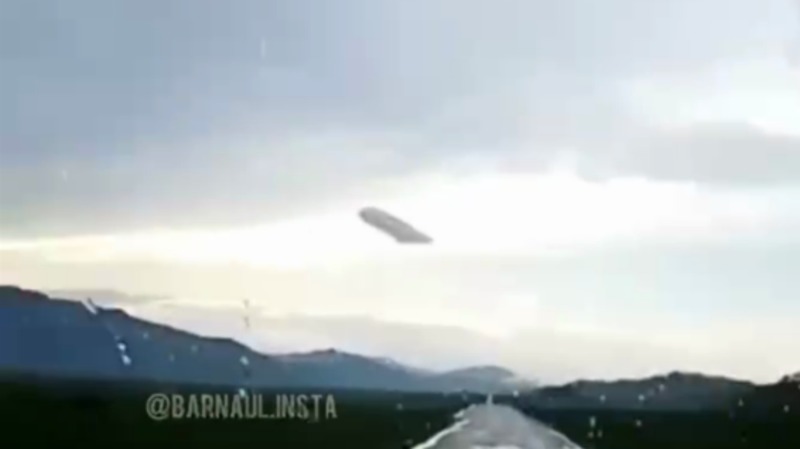 An unidentified flying object of huge size got into the lens of a video camera in Gorny Altai. This is reported in the Instagram community Barnaul.Insta.

The mysterious object was noticed by eyewitnesses on the way to the village of Ust-Koksa in Russia.

“Some kind of crap hung here … big crap. What it is – it is not clear. The clouds are definitely not like that, would it be alone up there?” – the author of the video was puzzled.

The video caused a heated discussion among the subscribers of the community. In the comments, users suggested that the Avengers aircraft carrier was caught on the video.

Meanwhile, what is very interesting is ‘something’ filmed by people in Tennessee:

At first glance, it seems to be just such a strange cloud, however, it seemed to materialize out of nowhere, and after making a couple of turns, disappeared into nowhere.

Therefore, if in Altai there was some kind of transport platform, which are seen quite often, and the ‘alien crafts’ have already been photographed close, then we are talking about some kind of portal, or a ship of a new type, since ufologists have not yet seen large triangles. It could also be a pyramid, but the camouflage did not allow to see its edges.

Naturally, as always in such cases, the question arises – why are they flying there? Who is flying them? Are we witnessing prophetic warnings about guests from outer space?

Perhaps, people have no choice but to reconcile, since the level of technology in humans and in “aliens” is not comparable.

Advertisement. Scroll to continue reading.
In this article:giant UFO, Russia