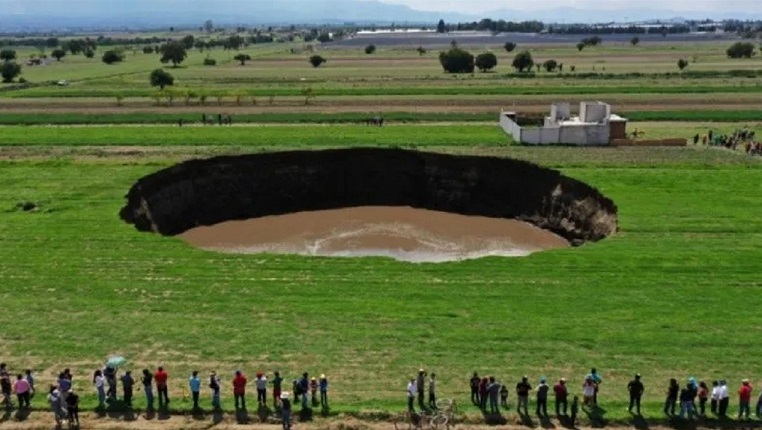 In the Mexican village of Puebla, a huge pit has formed, the diameter of which is 100 meters and a depth of about 20 meters. The huge sinkhole continues to grow in size and it continued to expand at a rate of tens of meters every day. The houses near the sinkhole might be swallowed by it.

The villagers are concerned about the presence of a giant pit that has opened in the ground. It grows in size every day and now has a diameter of about 100 meters and 20 meters deep.

It all started on May 29, when the Sanchez family heard a loud crash, which they mistook for a thunderstorm. However, looking at each other, they realized that it was something else.

The resulting hole is filled with water and surrounded by a field. Local authorities decided to fence off the area to protect neighbors and other curious people.

Initially, the size of the pit was only five meters in diameter, but its size increased every day. On Sunday, the diameter of the pit was 30 meters, on Monday – about 60 meters, and on Tuesday – 80 meters.

Every day, the growing pit is approaching the house of the Sanchez family, who have lived in these places since 2014. Now they will have to leave the house.

“We stayed on the street. We have nothing,” a worried Heriberto Sanchez told local media.

This sinkhole has attracted the attention of the local government, and a cordon has been set up around it. The Governor of the State of Puebla, Miguel Barbosa said that the sinkhole will naturally continue to expand until the water (in the pit) stops applying pressure.

Barbossa said, “The most important thing now is public safety.”

At the moment, experts cannot unambiguously explain this phenomenon. Major versions: geological fault or water changes in the soil.

The problem there is most likely in one of the small plates of the region. This is either the Caribbean plate, or the Coconut plate, or both.

At the same time, the Coconut and the Caribbean plate are already a kind of secondary reaction to some more serious process, the first to which the volcanoes along the adjacent faults, small lithospheric plates react, and after them mud pits begin to boil, ground failures occur, and so on. But the process somewhere underground goes on as usual and sooner or later a dramatic denouement will come.

In fact, sinkholes have appeared in many parts of the world. In 2020, an explosion occurred in the tundra zone in Russia’s Arctic Circle and a huge “sinkhole” appeared, which once caused heated discussions. Some speculated that it was an alien visitor, while others suspected that Russia was conducting a nuclear test. 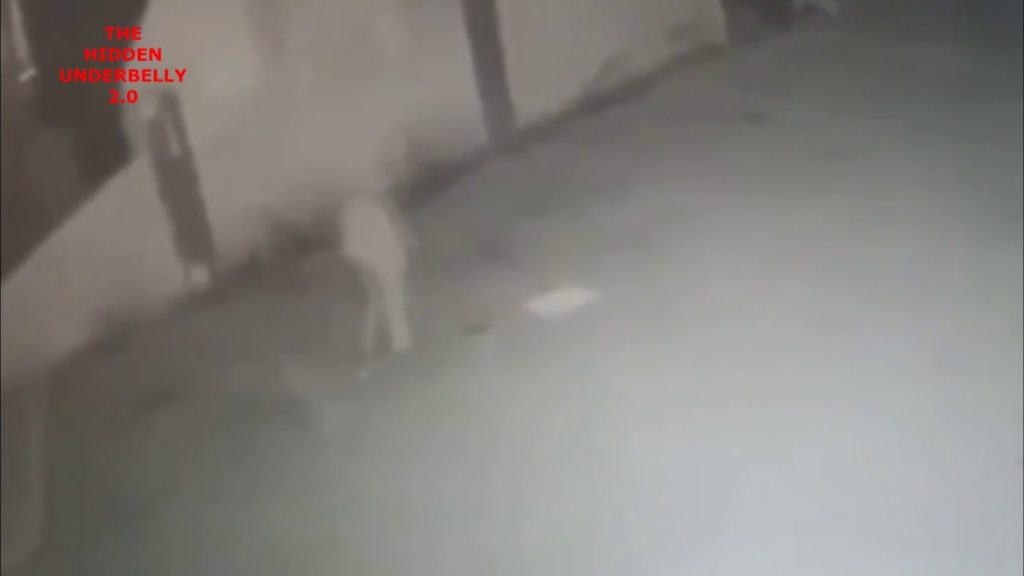 In this footage we can see this figure just materialise on the left of the screen and just casually walking but we can see...