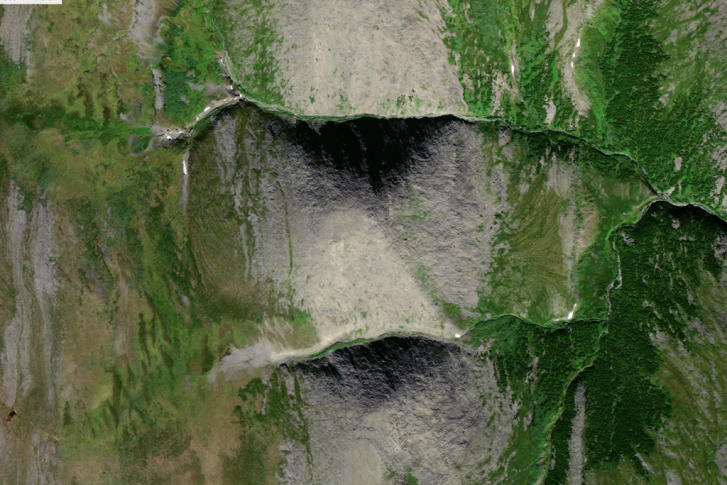 Ural tourists from the club of expeditions “Wild North” found a huge pyramid in the Subpolar Urals, which is several times larger than the Egyptian pyramid of Cheops. An unusual mountain was discovered when they were preparing for the helicopter casting of one of the groups and studied satellite images of the Polar Urals.

The height of the pyramid is almost 800 meters, the length of the faces is about a kilometer. In this case, the faces are located exactly on the cardinal points. The pyramid is located on the territory of the Peoples-Itinsky Ridge in the Khanty-Mansi Autonomous Okrug – Ugra. – We were preparing a route and came across a pyramid. She stands on an arc from a meteorite impact crater. According to satellite data, the mountain with its forms exactly repeats the famous Pyramid of Cheops in Egypt.

Only its size is twice as large, ”says Evgeny Svitov, head of the Wild North Expedition Club. – The height of the pyramid is 774 meters, the length of each of its faces is almost a kilometer. The edges are located clearly on the cardinal points, as if on a level.

“These are God-forgotten places, the fishermen bypass them, they say there are not very many fish,” said Yevgeny Svitov from the Wild North expedition club. – It is amazing that the pyramid faces clearly on the cardinal points. The sacred shaman river flows there. According to Eugene Svitov, nature could not do this – to create such a clear relief with angles of 90 degrees. “My version: this is a construction of ancient civilizations,” the traveler believes. – Most likely, it consists of granite, quartzite, there is no vegetation there, it starts a little lower.

“People did not live there, these territories were used precisely as ritual places,” said Vladimir Anishchenko, a scientist and member of the Russian Geographical Society. Archaeologists note that the Ural ridge was sacred, people came to perform rituals there, it was a territory of the forces of nature.

The pyramid is located almost on the ridge, the territory is very peculiar, it has its own anomalies. We were there with expeditions. Unexplained anomalies are encountered there. For example, there is a platform at the confluence of rivers where there are no mosquitoes, although there should be clouds.

You can get to the pyramid either by walking 400 kilometers along the ridge on foot, or by helicopter. The object has already attracted interest from the Russian Geographical Society. In the summer, an expedition will be sent to study the pyramid.

In this article:Polar Ural pyramid, Urals