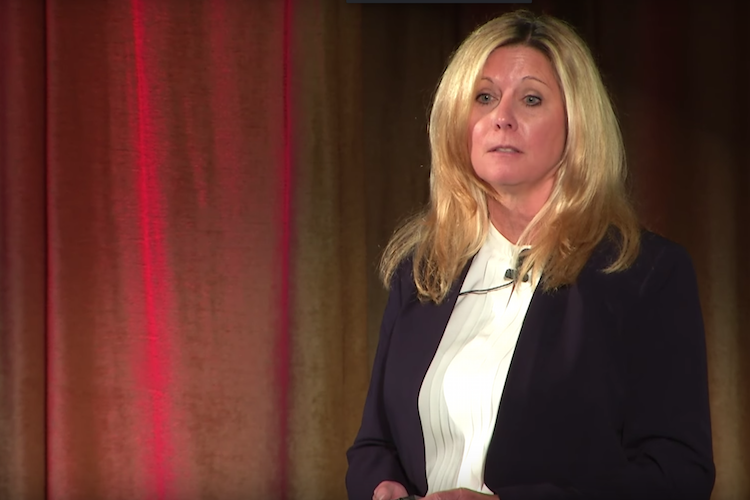 A person lies an average of 10 times a day, according to Susan Carnicero — and she’s one to know. As a former CIA officer who spent more than 20 years interrogating, interviewing and polygraphing suspects, she’s learned a thing or two about how to spot a liar.

In fact, Carnicero has also developed behavioral screening programs used by the U.S. government and co-written the book “Spy the Lie,” which teaches you how to detect deception. She’s also a co-founder of QVerity, which is a provider of behavioral analysis and screening services for both the private and public sectors.

It may seem shocking that people lie on such a regular basis, but remember that not all lies are malicious. Little white lies are told more often than big important lies, according to research published in the Journal of Language and Social Psychology,1 and this includes innocent mentions like saying you’re fine when someone asks you how you’re doing — even if you’re actually not.

There’s a wide range of lies, Carnicero notes in the video above. At one end of the spectrum are lies meant to spare somebody’s feelings or keep a conversation from going in a direction you don’t want it to go. At the other end are big bold-faced “I didn’t do it” lies. It’s in the latter case where being able to spot a liar can definitely work in your favor, in more scenarios than you might initially imagine. For instance, if you’re hiring a new employee or thinking about investing in a financial venture, knowing the truth is certainly important.

Likewise, in your personal life, whether you’re confronting your partner about potential infidelity, your child about drug use or wondering whether your new flame is trustworthy. Even when you’re in the market for a new car or seeking a contractor for your home, cuing in on telltale signs of deceit can help you avoid an expensive mistake.

How to Spot a Lie: Analyze Versus Speculate

It’s difficult, if not impossible, to tell if a person is lying just by looking at them. This would be speculation. Instead, Carnicero stresses the importance of analyzing the situation. “What I want to look at is how a person is reacting to things,” she says, using the example of someone sitting with their arms folded — a “global behavior.” While this might at first appear to be a closed-off or deceptive posture, there are many reasons why someone might sit in this way, from being cold to just being a habit.

“We give way too much weight to global behaviors,” Carnicero says. “We want to do away with that. That’s speculation.” To pick out what’s relevant and what’s not, first identify the stimulus — the questions you’re asking — and then focus on the behaviors that are directly associated with the person’s response. Timing is key here; a major red flag is a deceptive behavior that occurs within the first five seconds after the question is asked.

“If they don’t show me a deceptive behavior within five seconds, they’re not lying to me,” she says, adding that paying attention to clusters is another key. “I want to see at least two or more behaviors [during their response] for that to be a deceptive answer.” In some cases, the first deceptive behavior may occur before you’ve even finished asking the question — and this is a red flag too — but just remember that the first one should occur within the first five seconds — and there should be two or more in total to signal a lie.

Managing Your Bias and Recognizing Evasiveness

Many people are taught that lying is wrong and to try to look for the good in people. But when trying to spot a liar, it’s important to ignore truthful behavior, which will only add to your bias and contribute to what Carnicero describes as the “halo effect.” “Deceptive people can give us truthful answers,” she says, and will try to manipulate you to believe them. In many cases, they may give you more information than you asked for in an attempt to make you think they’re a good person. According to Carnicero:

“The people that we know are already out to manage our perceptions … go way beyond what we’re asking for … the purpose of that again is to convince us that they’re good people, and what happens if I’m a novice is that I start to think that’s a good person. It’s a self-fulfilling prophecy … and I’m going to start to think that that person’s good, and I’m going to miss the bad.”

So make a point to ignore truthful behavior, instead focusing on deceptive ones. Meanwhile, recognize tactics of evasiveness, which are major clues that a person is not being candid, such as:

Aggression Is Often a Sign of Lying, as Are ‘Convincing’ Statements

When evaluating a person’s trustworthiness, “some behaviors weigh more than others,” according to Carnicero. “Aggression is one of those.” If you question your child whether he’s taking drugs and his immediate response is one of anger, it’s a major red flag. Likewise, if you’ve had a theft at your company, and the employee you’re questioning attacks you for asking about the theft.

“If you have somebody who jumps down your throat because you ask them a question — I don’t even care if it’s your kid … you got a problem,” she says. They may also attack a third party, such as the company itself for not providing enough security to prevent thefts in the first place. Along these lines, demonstrating an inappropriate level of concern is another telltale sign that someone is not telling the truth.

For example, if they brush off an important question as inconsequential, smile at an inappropriate time or get angry for seemingly no reason, they’re likely lying. Carnicero also stresses the importance of differentiating between convincing statements and those intended to convey information — the former being a sign of lying. Let’s say you ask someone if they stole something.

If the person launches into a long response about their good employment history and trustworthiness, those are convincing statements that, while they sound true, signal a lie. Simply saying “no” is conveying information that is likely a truthful response. Carnicero says, “A convincing statement is the strongest arrow that any person is going to have in their quiver. Saying ‘I’m a good person,’ ‘I’m a good worker’ … when somebody’s trying to convince you of something” rather than convey information, it’s a strong sign of a lie.

Paying attention to small details can also reveal a lie — like saying “I wouldn’t do that” versus “I didn’t do that.” The former — “wouldn’t” — is often a lie. “We have to listen for didn’t,” Carnicero says. Invoking religion is another tactic liars often use to draw you in and manage your perceptions of them, saying things like “I swear on a stack of bibles.” Other subtle signs include “perception qualifiers” such as “honestly,” “to tell you the truth” and “quite frankly,” which are used to verbally “dress up a lie.” When combined with clusters of other deceptive behaviors, these can help you to spot a lie.

A person’s nonverbal cues are also important to hone in on when evaluating whether or not they’re lying. Carnicero recommends paying attention to the following nonverbal cues:2

•Behavioral pause: If you ask a person a vague question, such as what were you doing on this date years ago, it’s reasonable to expect a pause before they respond. But if you ask, did you rob a bank 10 years ago to this day, they should respond immediately. In the latter case, a delay is a sign of lying.

•Verbal/nonverbal disconnect: If a person nods their head while saying no, or shakes their head “no” while saying yes, this disconnect is considered a deceptive behavior (except in certain cultures in which nodding doesn’t mean yes).

•Anchor point movements: Another sign of a lie is movement in an “anchor point,” such as feet on the floor, arms on a desk or even a dangling foot if a person’s legs are crossed.

•Grooming gestures: Straightening a tie or other piece of clothing, fixing hair, adjusting glasses or fiddling with shirt cuffs can be subconscious ways that people try to quell their anxiety and are often a sign of a lie. Clearing of the throat or swallowing prior to answering are also considered indicators of deceptiveness.

•Hand-to-face movements: If a person put their hand to their mouth, licks their lips, pulls on their ear or otherwise touches their face or head, it’s another deceptive behavior. Parade noted:3

“The reason goes back to simple high school science. You’ve asked a question, and the question creates a spike in anxiety because a truthful response would be incriminating.

That, in turn, triggers the autonomic nervous system to go to work to dissipate the anxiety, draining blood from the surfaces of the face, the ears, and the extremities — which can create a sensation of cold or itchiness. Without the person even realizing it, his hands are drawn to those areas, or there’s a wringing or rubbing of the hands.”

While it isn’t always easy to determine when you’re being lied to, following Carnicero’s guidelines can certainly help. You can find more details, including many anecdotes that show the guidelines in action, in Carnicero’s book “Spy the Lie: Former CIA Officers Teach You How to Detect Deception.” Being able to decipher the truth can be life changing when it comes to your professional and personal life, and you can even use it to save yourself money and avoid getting ripped off.

As for lying, if you’re on the giving rather than the receiving end, it’s worth noting that adopting an “honesty is the best policy” approach isn’t only good for those around you but also for yourself. People who told only the truth for five weeks had an average of seven fewer symptoms, such as sore throats, headaches, nausea and mental tension, than the control group,4 with researchers suggesting that lying may cause stress that dampens the immune system.

In the case of lying, however, many people do it without even thinking about it, which means, in order to protect your health — and your reputation — you’ve got to recognize that you’re doing it — and change it — before those around you recognize it first.

Advertisement. Scroll to continue reading.
In this article:Journal of Language and Social Psychology, lie detection