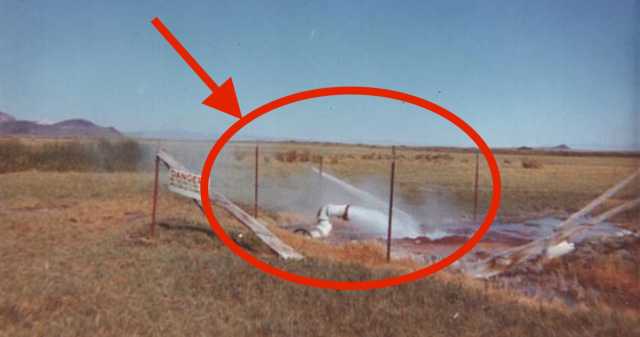 It looks like something from a different planet. Or something out of a sci-fi movie.

But this masterpiece is for real.

The phenomenon is called “Fly Geyser” and is formed by an accident when a ranch owner drilled for water in the Nevada desert.

It began in the early twentieth-century when the ranch owner drilled a well to raise the quality of the agriculture. But when they had drilled the whole way down to the water they stopped because the water temperature was 200 degrees. In 1964 there was a second attempt. It also failed because the water was too hot.

After the second failure they didn’t cover the well properly… The result? Jaw-dropping. The high water pressure flushes up minerals and gas. That evolves into an awesome pile that’s just keep on growing. I think they may to have to re-think how fast stalagtites and stalagmites form in caves, because this is fast growth! The water ponds have formed its own ecosystem below the geyser. Here you have small fishes and several kinds of birds.