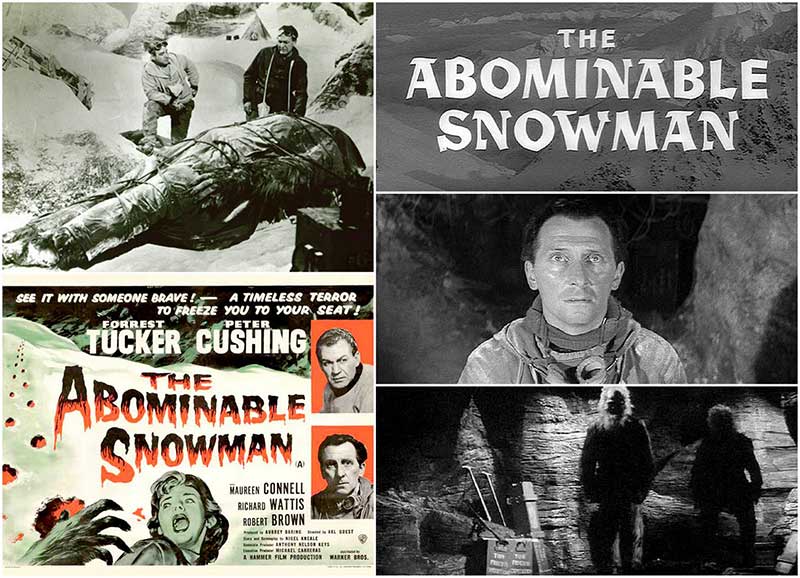 Once upon a time in Tibet….in the 17th century, a Tibetan lama was painting a large wall-hanging Tamka/Tangka [spell it as it pleases you; I’ve seen it several ways] for meditation within a temple space. Its central figure was probably Padmasambhava, and arrayed about the edges were squares within which other deity-like figures were represented. One, our revered lady above, was Green Tara. Something happened to that temple. It may have been destroyed or abandoned during the 20th century encroachment of the Chinese, or it may have ceased to exist earlier. The wall-hanging meditation paintings made their way into Nepal. There, the caretakers of the paintings decided that they had no further use for them, and sold them to a westerner. For whatever reason, he simply stored them away … badly.

After the Viet Nam war, two dishonorably-discharged survivors of that war hung on in south Asia, migrating into Nepal. They turned into “modern-style” Buddhists — with the shallow mantras of the new agers layered over what were basically good hearts. Desperate to “make a living”, the Wisconsin native returned to the USA to set up an Oriental Curio shop, while the friend stayed in Nepal as the acquirer.

There he discovered the 17th century paintings rotting away unseen for many years. Mostly they were tragically unsalvageable. Sometimes along the edges, vignettes were just still “alive”. So our Green Tara was cut from the remainder of the decay, and sent on. She was damaged, but unbowed.

Then one day in the 1970s, a young man from Milwaukee and a young man from Kalamazoo decided to meet halfway in Chicago to exchange money for treasure. The ex-Catholic Buddhist and the Irish-Catholic boy from Michigan both thought it somewhat of a hoot that the meeting was in the lower level of St. Patrick’s Cathedral. They were sure that the Spiritual World was smiling.

The Milwaukeean brought a dorje, a phorba, a butter-burnt skullcap, a thighbone trumpet, and other wonders in his sack. In his hand was the rolled cloth of Green Tara. … and so she came to Michigan.

… and what does this have to do with the Central Asian Wildmen? For me at least it had a lot to do with the issue, and this is withering away now that I’m reading the Russian documents. Tara, for me, personified the sort of Buddhist insight that I felt was Buddhism greatest contribution to world culture: the holding sacred of life in all its forms, and all its relationships. Tara is the life-protecter, the healer, the enlightener of Nature. She imprinted upon my mind the idea that in this Buddhist world, advanced living things would not be deliberately killed. Thus, it seemed to me, any almas, yeti, gul-biavan would stand an exceptional chance at remaining.

The Russian documents tell me that this is nearly completely wrong. I was reading along in monograph #3 of the Russian Committee, generally enjoying the text although its evidence wasn’t inspiring at the moment, when I ran into a depressing run of pages. The content focussed on Tibetan Medicine.

I’d heard about Tibetan Medicine, of course, and how it was split between two “schools” of medical knowledge: healing medicine and killing or “political” medicine. For some reason I had never put this together with my view of the peaceful, life-affirming higher Buddhist ideals. I guess it was because, try as one might, it DOESN’T fit well together. In these pages of the Committee materials, it became obvious that not only was “political” medicine disjunctive with Green Tara’s higher ideals [though one can always rationalize War as a sort of re-harmonizing], but even curative medicine was no innocent lamb. In short, the pages talked of using the Wildman as fodder for a certain medical recipe of great monetary worth. … oh great.

The Text talked of the production of “Mumen” or Moomuyam”, and it’s necessary ingredient: the boiling down of a “Red Man”, or an Akvan.

Well, naive me. I’ve regularly cursed traditional oriental medicine for aiding in the extinction of many of the Lord’s finest creations in Asia, but to extend this to the Central Asian Wildmen still took me by surprise.

After a series of near-ridiculous folk stories about Wildmen, which they said were referred to as “Khivan” or “Akvan”, the following quote appeared:

“The Hindu gypsies, Lule, used to be in close communication with the Snow Man, because of that famous medicine, Mume, which was in great demand in the center of Asia, and only Indian rajahs nabobs could afford the price of it. The gypsies, who before the revolution were wandering to the south of middle Asia, used to talk about the Snow Man, but, like the Kurgiis {Kirghiz?}, they don’t consider him a supernatural creature.”

Then after a few sentences about how some regions view the Snow Man as a spirit and others an animal [the name Khivan allegedly meant animal, but to me this might be a prejudice as there are people named Khivans in bordering areas — Akvan however is universally a spirit demon], the text turned back to the “medicine”.

“The neighborhood around Khakim on the river Karakahl in the Gap of the Duwakh Gara [the Russian transcriber of the original audiotapes was having a losing battle with the names therein], is pointed out as one where there are many Gevs [another name for wild men], and there is an abundance of material for the Mumer. ”

That “testimony” ended to be followed by separate things retelling experiences of finding footprints on high mountain glacial snow. These were somewhat interesting even though direct contact was not involved — I may get to them in a later post. It would have been nice if this was all there was about Mumer, as I wouldn’t have even focussed on it at all. But more “testimony” came in from Uzbekistan and the town of Sergan.

In this a man spoke of his father who was very interested in the medicines of central Asia. About Mumer he said:

“This medicine was supposedly effective in all kinds of sicknesses and diseases. I might say that in 1912, one little grain of this mysterious potion was almost one ruble in gold, … this was certainly a very expensive medicine. …

“This Mumer was peddled around by the Luli or the Asiatic gypsies.  {He then listed several authorities on these claims}. There was a rumor that this potion was procured by the cooking or boiling of a live red man {an Orang-utan?}, but my father had obtained information that this was procured by boiling a red Khivan, or Akvan, otherwise a Snow Man.

[referring then to another book entitled “The Riddles and Demons of Tibet”, he went on]:
” On page 344 there is mention of using the blood of Mi-Ge — that is the Wild Man. By the way, the word Mumeneghe in Kajick [kazhjik] means ‘wax from Mi-Ge’ and out of this originated, of course, the word that was used before ‘Mumer’, because it is closer to the Turkoman or Oursbak, or Kirghiz languages. The hypothesis on the origin of Mumer from Mi-Ge throws a light on a whole series of circumstances.”

The correspondent then went on to identify an iron-smelting region where once abundant “Akvan” lived. He hypothesized that these smelters produced Mumer on the side as “it was quite a profitable occupation, because each Akvan, when boiled down could produce enough material for some 5000 rubles profit.” The above is a Persian area rendition of an Akvan, portrayed in Persian legend as a demon spiritual being of unfriendly type. Our Wild Man doesn’t fit the behavior nor the appearance. But Mi-Ge DOES fit the general concept of an awesome mysterious being. The “Akvan” word could easily have been ported over into central Asia and assigned to Mi-Ge, Yeti, Gul-Biavan, Almas there in some areas.

So what’s Mumen anyway? Modern western “Tibetan” medicine persons either feign ignorance or give an obviously wrong answer. The line that they take is that this was a medicine based upon minerals [sorry, that doesn’t fit anything], and they base this on the fact that a word “mumen” is a word for {probably, even this isn’t certain} Lapis Lazuli. They therefore tinker together several mineral powders including Lapis Lazuli and sell it to you as Mumer/Mumen, the all-curing medicine.

“Mumen” in modern Tibetan means at least two different things: Lapis Lazuli and a Tibetan rodent. Who knows what else it may mean. Tibetan medicine is, as it turns out, rife with the use of body parts of top-of-the-food-pyramid animals. Bears, big cats, yak, even elephant are a few. Using Mi-Ge as part of these potions would certainly fit the culture. I am intrigued by the name of one medicine: “Mig-sMan”. It is a potion using Musk and Bear’s Bile among other things. Mi-Ge and Mig-sMan … just a vibe. It is for eye problems. Older thoughts said the Mumen was especially good for ailments of the stomach. All of this is pretty disgusting to me. The possibility that we enlightened humans could have not merely pressed the Asian Wildman out of existence, but consciously hunted it down for potions, puts me in a bad space where Green Tara’s soothing dharmic vibrations are particularly welcome. Along with the minimal research that I did, I found [further destroying my idealism] that although there are proscriptions against killing [especially] wild animals, IF the monasteries really feel that they need such substances for whatever use, there are means of obtaining them.

Literally, “is nothing sacred?” Sorry to put us through that. Maybe it’s important in understanding. Here are some of Mom’s doodles of joyful birds to make us all happier.

Posted by The Professor 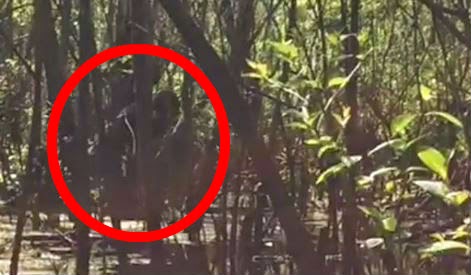 About an hour ago, a reader of Bigfoot Evidence, Matt M. (no relation to Matt Moneymaker), sent us a video that completely blew our...