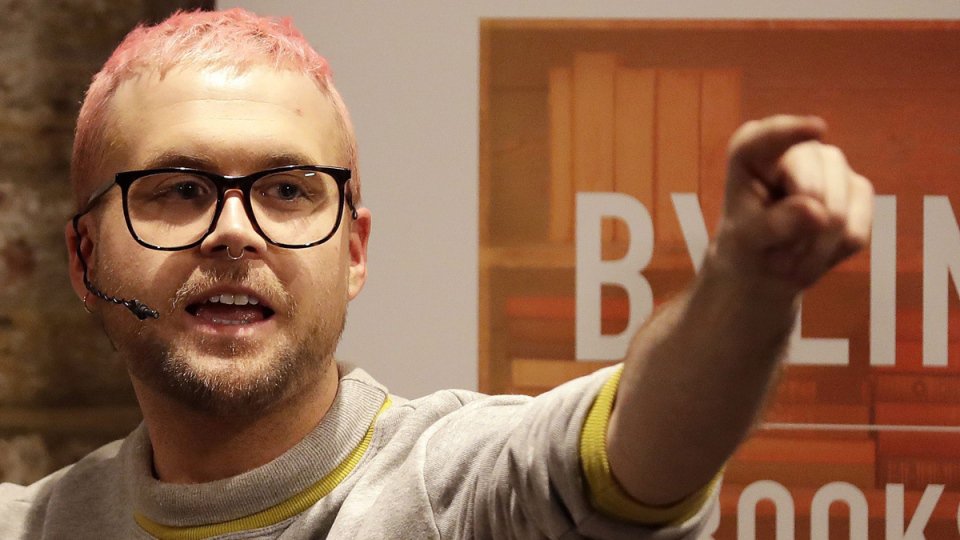 Facebook’s decision to suspend the account of whistleblower Christopher Wylie on March 19 is an interesting test case for the reach—and overreach—of our social media giants.

Recall that the former Cambridge Analytica data scientist had spearheaded his company’s efforts to mine data from tens of millions of Facebook users without their consent. His method involved devising a Facebook app that not only gained access to personal information from users of the app, but of all those users’ friends as well. The information was then used to target those individuals with pro-Trump content prior to the 2016 election. Wylie contends that CA was able to build psychological profiles that served to lead those individuals to CA’s content and maximize its appeal.

In the hindsight of the impact of his work, Wylie decided to blow the whistle on himself and the company he worked for. In a video interview posted online on The Guardian on March 17, Wylie confesses his sins because he came to believe that, “it was a grossly unethical experiment, because you are playing with an entire country, the psychology of an entire country, without their consent or awareness.”

While Facebook may contend that Cambridge Analytica deceived them as to their intended use of this data, they have nonetheless been damaged by Wylie’s admissions because it suddenly gives Facebook users a rather distinct impression that their personal data is not safe. The immediate consequence of this impression was a one-day stock drop of $40B; perhaps even more troubling is the possibility of a mass exodus from Facebook on the part of its users.

The damage control, Facebook decided, would include suspending the Facebook and Instagram accounts of Mr. Wylie. The ‘reason’ for doing so, according to a Facebook statement sent to several media outlets, was somewhat cryptic:

Mr. Wylie has refused to cooperate with us until we lift the suspension on his account. Given he said he ‘exploited Facebook to harvest millions of people’s profiles,’ we cannot do this at this time.

Facebook knew they had to demonstrate that they were enraged by the revelations of CA’s practices and are now concerned about the personal information that CA had mined. While CA has told Facebook that it has not held onto that information, Facebook stated ‘we received reports that, contrary to the certifications we were given, not all data was deleted. We are moving aggressively to determine the accuracy of these claims.’ Essentially, then, Christopher Wylie’s account is being suspended, not as a form of ‘punishment’ for the damage he has caused to Facebook’s reputation, but because he is not cooperating in their attempts to guarantee to Facebook users that this data has been deleted.

In today’s social media landscape, such a suspension may bring about unintended consequences. Mr. Wylie was able to take to Twitter and further throw Facebook under the bus: 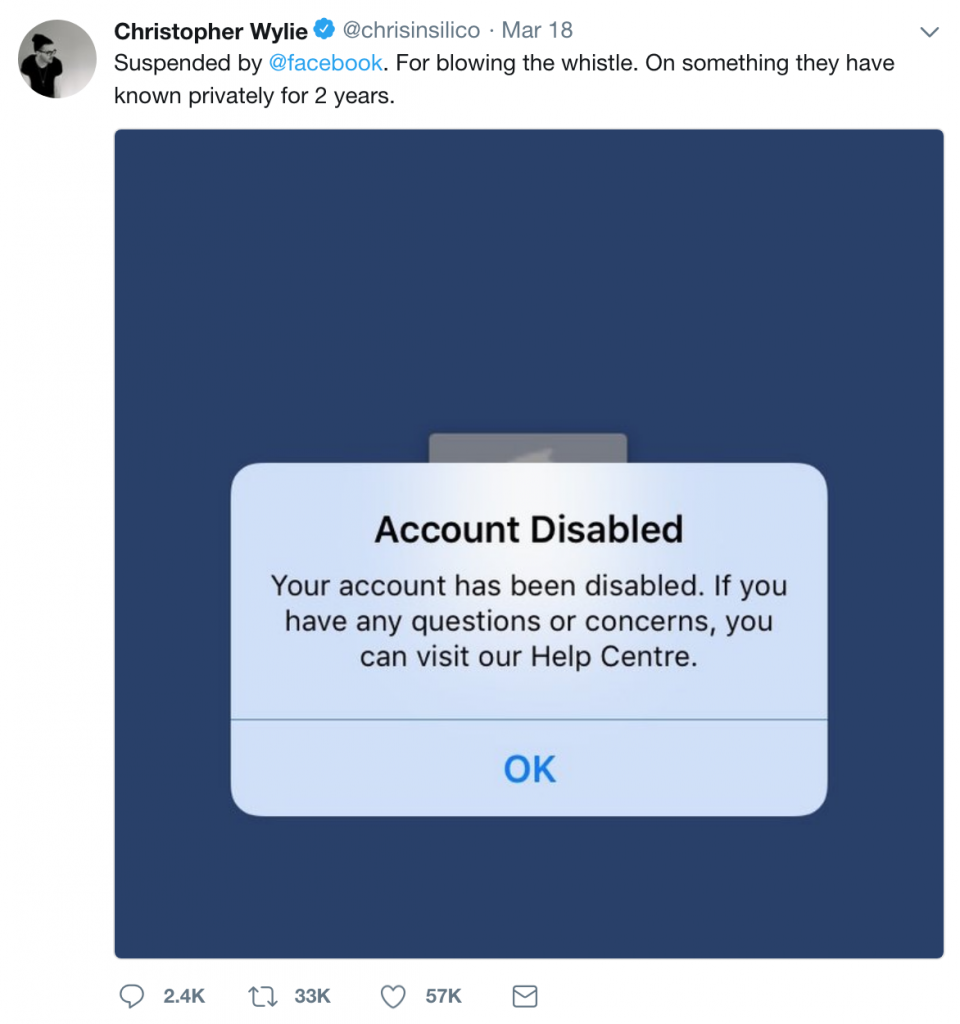 And so now, not only is Facebook seen as incapable of protecting users’ private information, they are also viewed as complicit in covering up these breaches. Though Wylie doesn’t state it overtly, some may take his tweet to suggest that CA’s actual use of private data was a tacit part of the business arrangement with Facebook all along.

The suspension also gave Wylie’s attorney, Tamsin Allen, the opportunity to frame the narrative. She said in a statement that when Facebook learned about the articles, the company “privately welcomed” his help but then criticized him publicly and suspended his account.

“This behavior is more consistent with damage limitation than with a genuine attempt to resolve a serious problem. None of this would have been revealed without Mr. Wylie speaking out and taking his share of responsibility. Facebook should be doing the same rather than simply blaming others.”–Tasmin Allen

Will this blow over, akin to Beatles’ fans burning record albums after John Lennon observed that the Beatles had become more popular than Jesus Christ? Or will this be another trigger for a consciousness revolution, where people become fully aware of how their perception is being controlled, and start to tear down these veils of manipulation? 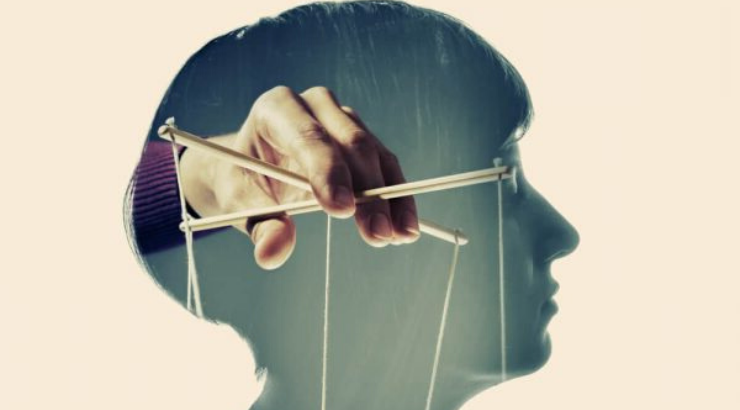