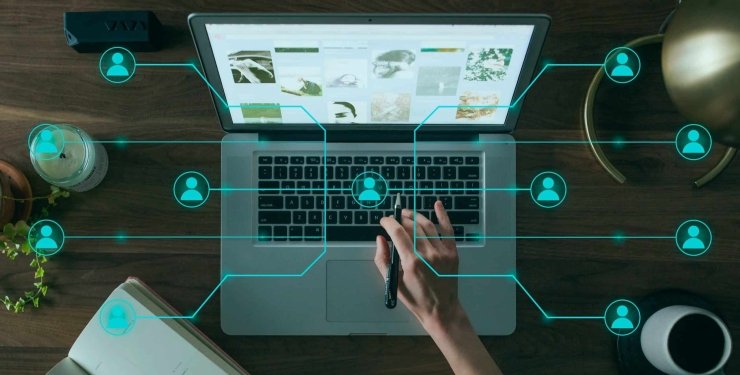 One of the largest digital libraries today gives us an idea of ​​what the Internet in 2046 might look like and this raises concerns.

Imagine a world 25 years from now, in which the largest online news outlets are ruled by monopolies for political purposes. The use of end-to-end encryption is banned worldwide, and free, unrestricted access to online content is a thing of the past since the passing of an autocratic law known as the Digital Copyright Act of 2024.

While Internet access still exists, it is now only a small fraction of what it used to be. You go online and go to one of the news sites you usually visit, but you find a pop-up banner blocking content.

“This site no longer exists,” reads a message that appears on the screen.

“The site you are trying to access, either can no longer comply with the new rules introduced by the Monopoly Commission in 2029, or has been found to violate them,” another message warns.

If this all sounds like a scene from a dystopian future that is often talked about in science fiction films, think again. According to the Internet Archive, the American electronic library that is home to the millions of books, films and audio that are freely available on the Internet, this macabre 2046 worldview may not be too far from becoming a reality.

One of the cornerstones of the Internet Archive is its popular search engine Wayback Machine, which provides an archive of nearly 580 billion web pages. Now, in conjunction with the site’s 25th anniversary, the site has a Wayforward Machine feature that allows visitors a glimpse into a more draconian future where access to information on the Internet will be severely limited.

“We’re looking at the 25th anniversary of the Internet Archive in 2046,” explains the site on a page that appears after visitors access the new search for the future. “Will we have access to reliable information on the Internet? Will knowledge be free and open?”

Decorated in the eerie green “Matrix” tones and featuring pop-up messages from fictional organizations such as the Ministry of Truth, the Wayforward Machine gives an idea of ​​what the world of the future might look like.

“This site contains information that is currently classified as ‘Mental Crime’ in your area,” a Ministry of Truth banner appears above the main content of sites accessed through the Way Forward Machine.

Along with its new search engine of the future, the Internet Archive also provides an interactive timeline, starting in 2022, that highlights the major events leading to the destruction of the free internet over the next quarter century. Such events include the creation of the “great firewall” by the Republic of South Asia in 2034, the end of funding for public libraries in the United States in 2037, and the introduction of advertising implants in 2042.

By 2043, sites such as the Internet Archive have gone underground, and by the following year, all known physical copies of George Orwell’s 1984 are destroyed. However, shortly thereafter, one of the activists released a digital version of the book, which can be read today in the Internet Archive online library, but for this crime he was captured and sentenced to life imprisonment.

The Internet Archive’s gloomy predictions of an authoritarian future are complemented by interactive Twitter, which could appear in 2046 with similar restrictions.

The new Wayforward Machine and other Orwellian-themed elements are part of the Internet Archive’s new #EmpoweringLibraries campaign, a movement launched by the site to ensure that knowledge remains accessible to everyone for decades to come.

The campaign was launched in response to a lawsuit recently filed by four corporate publishers against the Internet Archive to prevent libraries from providing digital versions of their books to the site or digitizing their own collections and making them available to the public.

“Borrowing digital books is a lifeline for people who cannot physically access the library,” said a statement posted on the campaign’s official page. “However, a new lawsuit by four corporate publishers against the Internet Archive seeks to prevent libraries from providing digital versions of their books or digitizing their collections. The implications for our most vulnerable communities, as well as our cultural heritage, will be severe.”

The site also features resources such as the following video, which explains the concept of controlled digital lending based on the current legal interpretation of US copyright law and the principles of fair use and copyright exhaustion:

The Internet Archive’s creative response to the very real legal situation they face underscores how real concerns about access to information are in the coming years.

“Most societies attach great importance to the preservation of their cultural and heritage sites,” the Internet Archive said in a statement. “Without such exhibits, civilization has no memory and no mechanism to learn from its successes and failures.”

Founded by American librarian Brewster Keil in 1996, the Internet Archive has grown to become one of the largest online repositories of information on the Internet.

Since its inception, the site has more than 30 million books and other texts, about 9 million films and videos, approximately 13,225,000 audio files, nearly 650,000 programs, 3.8 million images and 580 billion web pages, according to the latest figures.

“Our culture today is producing more and more works in digital form,” the site said in a statement.

“The mission of the Archive is to help preserve these artifacts and create an online library for researchers, historians and scientists.”

Advertisement. Scroll to continue reading.
In this article:digital libraries, intenet