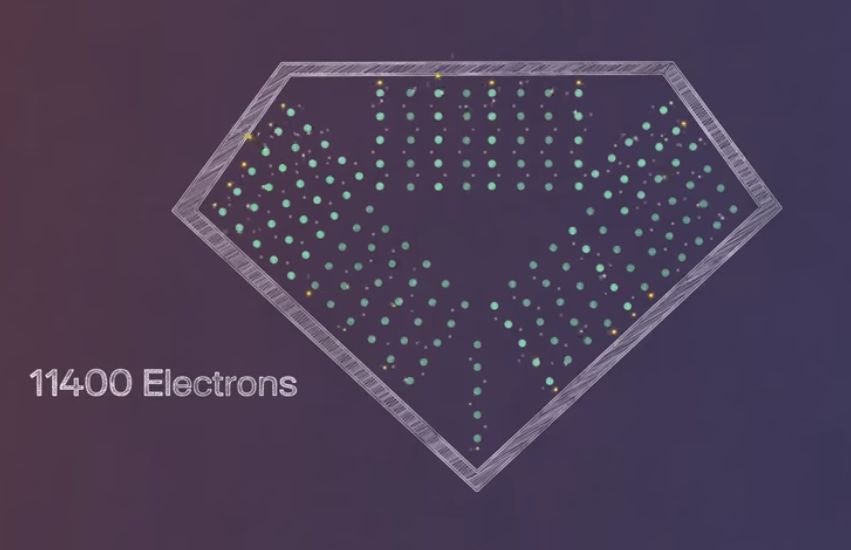 Newatlas.com reports on August 25 that the Californian company NDB announced the creation of a truly revolutionary battery, which can hardly even be called a battery: it can last 28,000 years.

At the heart of each energy cell is the isotope of carbon C-14, aka Carbon-14, aka radiocarbon or radiocarbon, pressed into a diamond. Beta decay produces nitrogen, an electron, and an electron antineutrino from radiocarbon. The electrons are captured by a local capacitor built around the cell, after which the electricity is led out into a common circuit. Carbon-14 is radioactive and its main source is graphite from nuclear reactors, which for decades was considered a hazardous nuclear waste that cannot be disposed of. However, there is little graphite inside the energy cell and its radiation is comparable to Carbon-14, which is full in the body of every living being.

Nevertheless, the diamond cell itself is sealed in another layer of artificial diamond made of ordinary carbon and its radioactivity is reduced to zero.

The news, of course, is sensational, however, so far no one has seen these miraculous batteries in the store and there is a likelihood of a divorce of investors for the loot, since the faces of the inventors do not inspire confidence: Scientific teams of much larger size have been unsuccessfully fighting over the topic of such devices for decades. It is believed that they received such batteries back in the Third Reich, but the allies did not give them a go, since they prevented them from making money on oil. Of course, no one from the general public saw these Nazi batteries themselves, but everyone saw a photo of one of the German shipyards taken from an airplane in 1944. There were six submarines there, much like what we today call nuclear submarines: the shape and size there were about the same.

There are also several testimonies of sailors who met these boats in the ocean and tried to chase them unsuccessfully. None of this worked, since at the end of the 1940s, their speed and depth of diving were impossible – the USA, USSR, Britain and France learned to make such boats only in the 1960s.

The Third Reich did not have nuclear propulsion systems, otherwise they would have already appeared in the allies in 1947, therefore it is assumed that there were high-capacity batteries, which made it possible to build such huge boats. The Germans themselves made them or someone helped them – the researchers do not know.

Rumors about the imminent appearance on the market of some new super-duper-batteries have been circulating for at least ten years, but, for some reason, the presentation has been postponed.

However, if this time they are nevertheless merged, the world will face a real energy revolution. Although not only energetic. There is also a fairy tale about aliens who steal people, make diamonds out of them, and these diamonds then serve as a source of energy for UFOs.

Since such a concept of the engine somehow did not properly fit into our heads, many considered these words as unrealistic. However, as we can see, diamonds are already being made of people, and now there is also a technology to turn these diamonds into batteries with a life of 28,000 years.