On 8th June George Orwell’s surveillance crazed czar of surveillance Big Brother will be 65 years old (in literary years). To mark the date we urge all lovers of freedom to take part in the annual 1984 Action Day and to call for Big Brother to hang up his high visibility surveillance jacket and retire.

Orwell’s novel ’1984′ was first published on 8th June 1949. Now, sixty-five years later and thirty years after the book’s title year, few if any of Orwell’s warnings have been heeded. The slogans of the book’s ruling party: “War is Peace, Freedom is Slavery, Ignorance is Strength” are encoded in the marketing style propaganda of modern political parties. A surveillance state has been built all around us whilst we are encouraged to “share” our concerns in a modern reworking of the 2 minute hate – the 140 character tweet fest – hash tag “what about that funny dog!”

Anyone can take part on 8th June simply by going out into your local neighbourhood, talking to people, reading the book at your book club and discussing the issues, handing out flyers, reading out excerpts of Orwell’s novel, staging stunts – basically anything that could make others stop and think about the total surveillance society.

The idea behind this annual day of action is that it is up to each one of us, as individuals, to do something. Silence and inaction are merely taken as consent.

There are some action ideas listed on the No CCTV website (www.no-cctv.org.uk/1984.asp) and on the 1984 Action Day mini site (1984actionday.wordpress.com/action-ideas/). But ultimately it is up to you what you do. The all powerful surveillance state is intended to make you feel powerless, hopeless and depressed. Many people just give up. So get active and have some fun – it feels better to fight back.

A cafe in San Antonio has closed up shop after its owners captured something unusual on camera. The On Live Hall of Fame Cafe,... 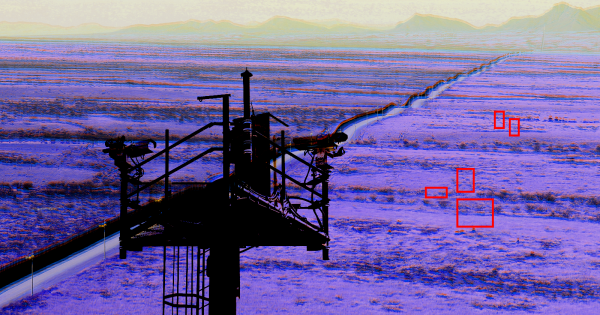 Right now, on the border between the United States and Mexico, a startup called Anduril is testing out its advanced new virtual border wall...