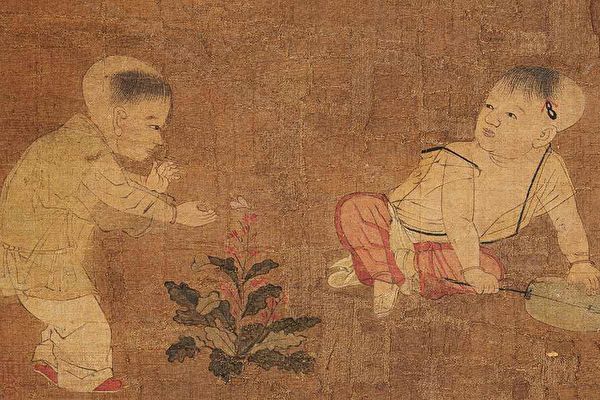 During the Qing Dynasty (1644-1911), the writer Wang Jian, in his book Autumn Lantern Storybook, wrote down the words of a local inspector who very clearly remembered his past lives.

This person was born in the Gu family, he was named Gu Wa. When he was six years old, he still did not speak, so relatives and fellow villagers considered him dumb.

One day Gu Wah was playing in the street and saw a child from his village returning from school with books in his hands. Gu Wah approached him, took the book and, flipping through it, said to the boy:

“Eh! You’re so big now, why are you still in elementary school? “

The surprised little boy grabbed the book from Gu Wah and ran away. Running home, he immediately reported the amazing news:

“The little dumb Gu family has finally spoken! And so competently! “

When Gu Wah’s father found out about this, he began to question his son, but he was silent. The father tried in various ways to get the child to talk, but this did not help. In desperation, the man decided to intimidate his son:

“If you don’t speak, they will kill you!”

“I am not guilty! On the contrary, as soon as I speak, they will kill me! “

“Who wants to kill you?” – the father was horrified.

Gu Wah told everything. It turned out that he remembered the previous three rebirths. After birth, he understood everything, but did not dare to speak. But when I saw the books, I could not resist, because I was a teacher in one of my past lives.

“I was a teacher and temporarily lived in a monastery. One evening I happened to see a monk hiding 10 silver lians in an incense burner. My greed woke up and I took the money. When the monk returned and did not find the money, he died of grief. A few days later I fell ill with a strange disease and also died.

After death, I saw an elderly woman who led me to a large pit of fire. Suddenly she pushed me hard into the fire. “

“When I tried to get up, I found that the environment around me had changed a lot. I ended up in a donkey shed and turned into a little newborn donkey! I was even more surprised that this shed was located at the temple in which I temporarily lived when I was a teacher. Then I realized: having stolen money in a past life, in this rebirth, I received retribution.

Now I was a little donkey. When I grew up a little, I began to think how I could quickly end this painful existence, even thought of jumping off the cliff. But I was afraid that my punishment would be increased in the afterlife for this.

If you die without repaying the debt for stealing money in a past life, then won’t the debt carry over to the next life? If the punishment for suicide is added to me in the afterlife, then my next life will be even harder. I decided to work diligently in the temple, hoping to pay off my debts as soon as possible. After eight years of suffering, the donkey died of fatigue. “

“My Soul left the body of the donkey and I again saw that same old woman. This time she led me to the shore of a large pond and pushed me again. I felt cool, and my arms and legs became small. I turned into a child.

Delighted, I shouted loudly: “In this life I will be a man again!” In the same instant everything went to pieces! The family in which I was reborn was scared to death: the newborn child suddenly spoke! To get rid of the “evil”, they drowned me!

The third time I was reborn as your son. I learned my lesson and kept my mouth shut, so I was considered dumb. “

“When you said if I don’t speak, they would kill me, I immediately remembered how I was drowned in my previous life, it was terrible!”

Gu Wah spoke very well and clearly. No one his age could have done that, and the small details also proved his words.

The startled father invited a teacher for Gu Wah. A talented and intelligent boy remembered what he read at first sight. He successfully passed the state exams. Well, of course, because in a past life he was a teacher. Later, Gu Wa was appointed as an inspector for various industries in Shanxi Province.

But if rebirths exist, then why don’t most people remember this?

Scientific studies have shown that most of the human brain cells are in a closed “inactivated” state, and people use less than one tenth of the neurons in the brain. Is this closed part of the brain where memories are stored?

It is extremely rare, but it happens that a person remembers his rebirths. This usually happens in children. Here are 17 children’s memories of past lives!