The experts found the wreck in a “surprising state of conservation”, so much so that it seems that it had sunk yesterday.

An international team of scientists has revealed the discovery of a 500-year-old ship in the icy waters of the Baltic Sea, according to a publication made last Friday by the University of Southampton (United Kingdom), which was part of the research. The ship has been baptized by researchers Okant Skepp, which means ‘unknown ship’ in Swedish.

The archaeological study indicates that the shipwrecked ship could go back to between the end of the 15th century and the beginning of the 16th century. “The ship, contemporary of the times of Christopher Columbus and Leonardo Da Vinci, has a remarkable level of conservation after five hundred years at the bottom of the sea, thanks to the cold brackish waters of the Baltic Sea,” said Dr. Pacheco-Ruiz.

The first time there was evidence of this wreck was in 2009, when a sonar inspection conducted by the Swedish Maritime Administration found an anomaly at the bottom of the Baltic Sea. Earlier this year a robotic camera that made explorations to trace the underwater route of a gas pipeline found the wreck.

Finally, last March an international team of scientists submerged two underwater robots to explore and document the vessel. The marine exploration was carried out by the private company MMT.

In the ship, which measures 52 to 60 feet long (between 16 and 18 meters) some unusual objects are visible, including a wooden bilge pump (designed to remove water from the boat), a winch used to roll up pieces of rope, rotating weapons on the deck and the anchor of the boat that helped date the wreck, Pacheco-Ruiz said in an interview with The New York Times .

Investigators plan to return to the wreck site for further exploration and to recover a wooden plank that could help to accurately date the vessel was built and the time it was chartered.

Noah’s Ark or Nazi ship: a mysterious “ship” discovered off the coast of Antarctica

One of the users of Google Earth examined in the images a huge “ice ship”, which lies not far from the coast of Antarctica.... 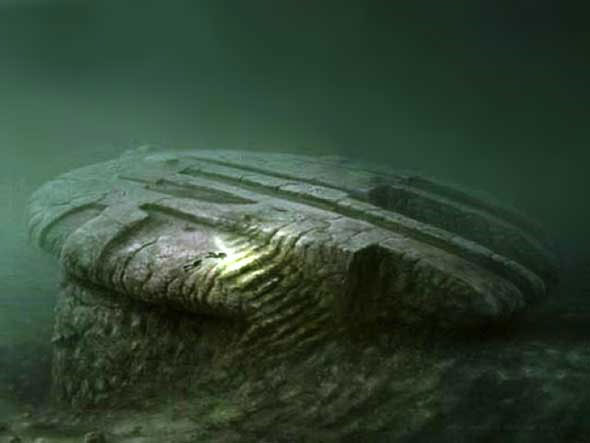