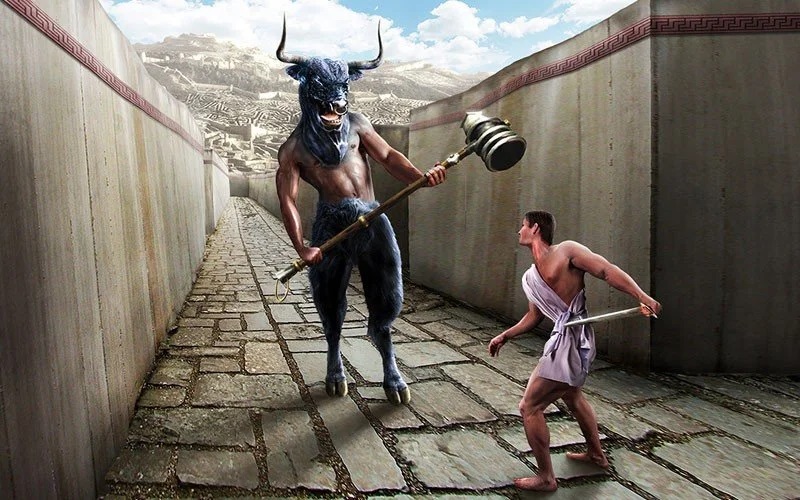 We will never know the names of the real builders of civilization, since writing appeared much later than many of the most important inventions. A simple example is booze: absolutely all people, having switched to agriculture, immediately began to grow components for the production of alcohol.

In the end, we will not be able to find out who was the first in history to decide to build a house for himself, but it was the permanent dwelling that became the prerequisite for the creation of larger associations, up to states. We can only talk about those people, information about whom came to us in the form of written sources, that is, about those who lived no later than four and a half thousand years ago. Meet: before you are five outstanding personalities who laid the first bricks of our civilization.

Sargon had a rather low social starting point. According to legend, his mother was a priestess and gave birth to a child in secret. To preserve the secret and the life of the future king, the mother let the baby in a reed basket along the Euphrates River.

The gardener caught the basket and decided to raise the child. First, Sargon became a cup-bearer at the Kish court (this is such a city – Kish), a little later he took the place of a gardener and, finally, reigned on the throne of Akkad. Such a dizzying career is explained by the patronage of the goddess Ishtar. Here we are talking about events that occurred more than four thousand years ago, and therefore it is extremely difficult to separate reality from fiction. For a long time, Sargon’s personality itself was considered mythical, but the findings of recent decades have shed little light. First, such a person really existed, and he was a king. Second, it looks like he really came from the lower strata.

In any case, no hints to the contrary have been found – on the contrary, several new texts confirm the origin. There is also a third important detail: Sargon is a pseudonym, translated as “true king.” And here a logical question arises: why would anyone call themselves that, why exactly “true”? To approve the status. That is, the bearer of this pseudonym was probably not born to the king. One way or another, Sargon united Sumer and Akkad, creating a dominant center of power throughout Mesopotamia. This center only existed for a few centuries, which is not very impressive. However, during this time the Akkadian language spread over large areas, subsequently becoming the main language of Assyria and Babylon.

The history of Egypt is so long and confusing that scientists periodically have to change the boundaries of the study area. First, the 3,000 years, during which Egypt no doubt existed, was divided into 30 dynasties – just for convenience. The general picture was slowly building up, but new finds were made. Then they introduced the conditional “zero” dynasty, and later – and “twice zero”, or “dynasty 00”. Today, the first full-fledged ruler of Ancient Egypt is Pharaoh Scorpio I – and this is a normal name. His father, for example, was Pharaoh Bull; Pharaoh Furious Catfish and even Pharaoh Khvatala are also known.

However, in those days this title did not yet exist, but for the convenience of all the rulers of Egypt they are called pharaohs. The tomb of Scorpio was discovered only in 1988 – it appeared before archaeologists in a looted form, nevertheless, things were found that could not be stolen in any way. Thousands of years ago, a message has come down to us about the glorious conquests of Scorpio, as well as a list of the conquered cities. It was this Scorpio that the writers of The Mummy Returns had in mind – he was played by Dwayne Johnson. The public liked the character, and as a result we got a spin-off “Scorpion King”, which became an independent franchise.

The Minoan civilization was the first to master writing in the Mediterranean region. It is called so in honor of the first king Minos, who was born from the union of the Phoenician princess of Europe and the supreme god Zeus. Later, Europe, who already had three children, married the King of Crete Asteria.

After his death, Minos claimed the throne, arguing this with his own destiny, which he felt all his life. In addition, Minos assured everyone that, if necessary, he could appeal to the gods, and they would help. Ancient sources contain information about the existence of two kings with this name – Minos I and his grandson Minos II, but this is not reflected in mythology. Perhaps here we are talking about a false Minos or about an heir who really existed, but objectionable to the royal court.

One way or another, the Cretan king laid the foundation for a great civilization, many myths (including about the Minotaur) and, possibly, all Hellas as we know it today. In addition, it is believed that it was the death of the Minoan civilization as a result of the tsunami that hit the island that gave birth to the myth of Atlantis.

The history of China begins with the Yellow Emperor Huang-di, who descended from the sky on the moon, holding onto his mustache. Long is a Chinese dragon. It is described like this: the head of a camel, horns of a deer, the neck of a snake, carp scales. Here Huang-di descended to the ground from him and gave people many useful things like a bow and arrow, boats with oars and clothes with shoes.

Sounds like a classic myth, but there’s more to it. Under Huang-ti, the first unified state in China was created, a system of inventory control, a calendar, and soon a full-fledged writing system was invented, but the main thing was the division of land into allotments, which is much more like the motives and actions of an ordinary person. The real name of this historical character has been lost forever in the centuries; the time of his reign dates back to the third millennium BC. After a long struggle and victory over the other leaders of the tribes, Huang-di created a single state of Kunlun.

Perhaps the name Yellow Emperor was taken to facilitate the establishment of contacts with tribes in the Yellow River basin, the name of which translates as “yellow river”. One way or another, for the next thousand years, yellow will become the color of imperial clothing.

Almost nothing is known about the origin of Puzur-Ashur I; his name means “the secret of Ashur”. Taking advantage of the moment and the weakness of the royal court of the city of Ashur, he seized power and proclaimed a new dynasty. Subsequently, by annexing several more cities, Puzur-Ashur I will create one of the most powerful states of its time – Assyria. It turned out to be a cruel state, but the times were not easy – the beginning of the two thousandth BC. They built the country as best they could – and they did.

Assyria is the first state in history (at least known to science) with a long border. That is, not just a few cities, united for a while for the sake of conducting joint hostilities, harvesting or building some kind of temple complex, but a state with uniform laws and borders. There were few laws, but the punishment for failure to comply with any of them was almost always death. Or something from the classics: cutting off the nose, ears, fingers, and so on.

However, there were also advantages: the conquered peoples were invited to become Assyrians – for this, clay tablets were even created for keeping records. It was required to take a new Assyrian name, follow the laws of the country, pay taxes and worship the god Ashur. At the same time, the old personality seemed to cease to exist, and for many, this option became a good alternative. For example, it was a quick way to write off all accumulated debts or even change social status.

In this article:builders of civilization, Scorpion King