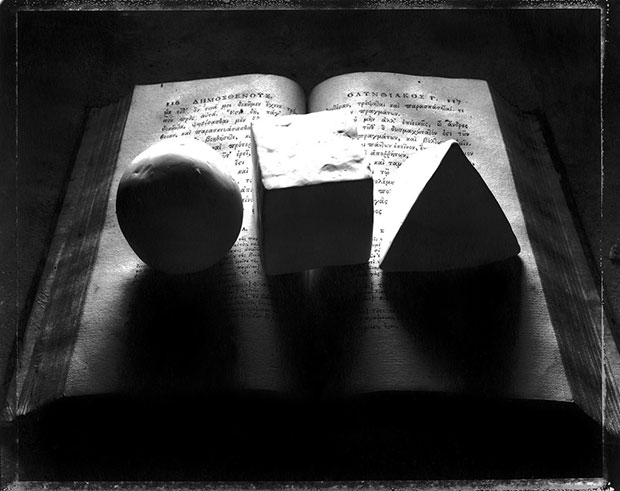 There are books that get heavily promoted, wind up on bestseller lists everywhere before the ink has even dried on the pages, and you randomly see everyone at the airport carrying a copy under their arm as if they are being handed out for free with the plane tickets…

And then there are books like the ones on this list that, if the establishment gets its way, you will never so much as lay eyes on.

1. 63 Documents the Government Doesn’t Want You to Read

Sure, the title makes it seem pretty obvious, but I’ve got to wonder if people passed this one up largely based on the polarizing conspiracy figure that Jesse Ventura has become.

The book itself is filled with an eye-opening array (a primer if you will) of actual government documents that paint a picture of who our government does and does not represent. The people? No. Continuity of government, military-industrial complex and megacorporations? Absolutely.

It includes such amazing tidbits as “The CIA’s Secret Assassination Manual,” “CIA ‘Propaganda Notes’ on the Kennedy Assassination,” “Military Experiments on Our Own Troops,” “Fixing the Vote in Ohio,” “An Internet Kill Switch?,” and a bevy of false flag info from Operation Northwoods to 9/11 to Gulf of Tonkin and more.

Oh, and plenty of info on government drug running, torture, and covert operations among others. While Ventura imparts little thought-provoking nuggets of wisdom to set off each document, such as his question on the CIA: “So who runs this agency if the president doesn’t?” (a question I still can’t find the answer to), these reproduced government pieces speak largely for themselves and will shock even seasoned conspiracy theorists… They simply have to be read to be believed.

And speaking of the CIA…

2. The CIA and the Cult of Intelligence

To put it bluntly, the Central Intelligence Agency did not want this book to come out. Period.

This book was written by former CIA employee Victor L. Marchetti and former State Department intelligence analyst John D. Marks. In 1972, another CIA employee identifying himself as Robert P. B. Lohmann filed an affidavit in a federal court asking for an injunction against the book’s release.

It seems Marchetti never gave an advanced copy over to the agency for review before publishing… which begs the question, how exactly did Lohmann end up with a copy to file the court papers over to begin with? Marchetti circulated maybe half a dozen copies in total and none were to Lohmann or his former employer…

This is the first book that the federal government ever went to court to try and censor before publication.

That should tell you enough right there, but here’s a little more. Marchetti referred to the “cult of intelligence” as a way of identifying the counterproductive CIA culture obsessed with “secrecy, elitism, and lawlessness,” and ultimately, a “secret fraternity of the American political aristocracy.”

The injunction was granted and after the agency fully reviewed the book, it designated some 339 portions to be deleted. That number was later bargained down to 168 after the authors filed their own lawsuit to challenge the government’s censorship. The 1974 copy includes 168 blank spaces where those portions used to be.

Guess we’re left to fill in the blanks…

(For more in this vein, see also David Wise’s The American Police State: The Government against the People)

3. Tragedy & Hope: A History of the World in Our Time

Historian and author Carroll Quigley originally wrote this 1,300-page tome for a very limited audience, but instead found infamy in the conspiratorial camps opposed to world government and the Western establishment.

It doubles as an authoritative historical account of the 20th century and a revelation of many of the machinations of the hidden hand. Quigley, known for being a Bill Clinton mentor while at Georgetown, claims he was given access to the records of the Milner Group, a secret society sister organization to the Council on Foreign Relations and the Royal Institute of International Affairs.

In it, Quigley unveils for the first time the admitted workings of the Anglo-American Establishment who have manipulated all manner of world affairs from banking, to nation-building, to wars and military affairs, to grand political schemes for world government through the steering group of the Cecil Rhodes secret society.

While you may not finish it in one sitting, it is an authoritative history lesson in the architecture of conspiracy. Just ask the John Birch Society (JBS) who played a big role in bringing this book out of the shadows and before the public.

After publicizing much of the book’s information about the plot for world government, Quigley’s allies and backers tried to have the book removed from circulation entirely. However, the JBS secured the plates for printing and obtained permission to put it back in the public’s hands, making sure it would continue to be widely available.

(Also, don’t miss Quigley’s shorter companion piece The Anglo-American Establishment, which details the little-known but hugely significant operations in history of the Round Table groups who have changed world order forever.)

4. The Secret Team: The CIA and Its Allies in Control of the United States and the World

L. Fletcher Prouty who served as Chief of Special Operations for the Joint Chiefs of Staff during the Kennedy years is best known for blowing the whistle on the CIA’s role in the JFK assassination plot and inspiring the “Mr. X” character in the Oliver Stone movie. In these pages, Prouty provides some important background history on the undoing of the United States of America.

From his insider position, Prouty shows how former CIA head Allen W. Dulles and his allies lobbied for the National Security Act and the creation of the CIA itself, then transformed the agency from a restrained intelligence-gathering operation into an unleashed, unaccountable paragovernment entity that carried out countless coups, assassinations, and black ops both foreign and domestic.

After reading how Dulles mutated the CIA to enable his own decade-long reign of power in pursuit of the establishment’s secret agenda, you will not only understand why President Kennedy fired Dulles, but why America can never again be a Constitutional Republic until these shadow powers are absolved and the CIA is stopped. The government definitely does not want this information becoming common knowledge among its citizenry.

Once you’ve fallen this far down the rabbit hole, in a dark place where the signs of secret domination are everywhere, you’ll eventually wind up at this book.

Behind events both historical and modern are the often overlooked calling cards of secret society operations that not only point to their hand in manipulation, but a deeper symbolic meaning that flies over the heads of the population at large.

From the Masons to Ancient Egypt, from secret Kabbalah sects to Skull & Bone and yes, the Illuminati, in addition to any number of other shadowy groups today, the use of mass mind control and cult ritual magic on and against the rest of us is put together masterfully.

Ultimately, it is the doctrine of “Revelation of the Method” used by the elite to socially engineer the population to its bidding and steer the world to a new age of global domination.