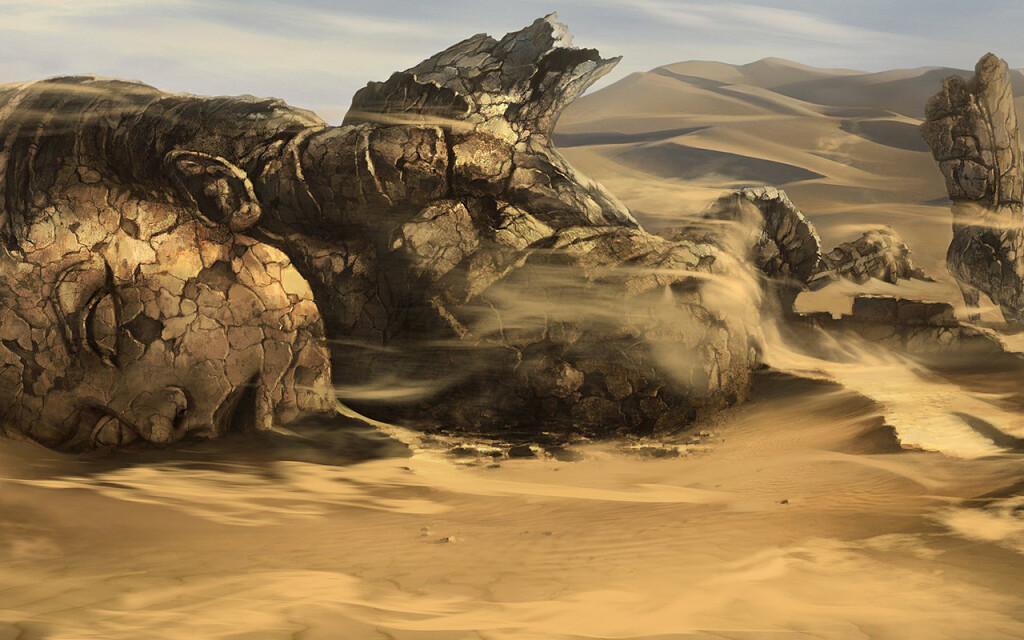 Our impression of nuclear war is basically that during World War II, the United States dropped two atomic bombs on Japan. But in fact, four thousand years ago, a nuclear war broke out on Earth.

In 1920, the ancient Indian metropolis – Mohenjo Daro was discovered in the Indus Valley. It is assumed that the city was built five thousand years ago.

The entire central part of the Mohenjo Daro ruins is about 5 kilometers. On the west side there is the city fortress, and on the east side – the market square, which can accommodate more than 30,000 people.

Every house has all the sewerage facilities, flush toilets can be used upstairs, and some have trash corridors to dump trash from above.

The remains of Mohenjo-Daro consist of seven cities. The construction techniques for the upper and lower floors are exactly the same.

But what is puzzling is that all the human bones excavated from the upper layer of the ruins died in an abnormal state. These human bones were not buried in a tomb, but in “sudden death” in a room.

All 14 bones found in Room V 74 are in a very strange state. Some lie face down, some lie horizontally and overlap other corpses; some corpses cover their faces with their hands, desperately trying to protect themselves. In addition, there are the remains of torturously twisted bodies.

There was no epidemic then, no signs of an attack were found, some people even washed their clothes at the well.

An Indian archaeologist reported: “Among 9 bones, I found evidence of heating several bones with high temperatures.”

Researchers of ancient history at that time believed only in the fact that people, too, survived nuclear wars in ancient times. Because the myths and legends circulating around the world describe amazing scenes of war in ancient times.

There are different traces in archeology too. For example, in the deserts of Israel, Iraq, the Sahara and the Gobi, vitrified formations have been found due to high temperatures; in the ruins of Cappadocia in today’s Turkey and the ruins of Tayyari in Algeria, strange stones were found, formed as a result of damage from high temperatures; in Western Europe A large-scale chain reaction of nuclear fission was discovered at the Okuro mine using uranium ore.

Ancient nuclear wars are often mentioned in myths and legends. In the narrative poem “Mahabalad”, the hero of Yaswadaman in the 3rd millennium BC launches “an Argen weapon that even the gods can hardly resist.”

“As soon as the huge cannon was fired, blossoming with a terrible light, even the 300,000-strong army was completely destroyed in an instant.” The war took place in a city called “Lanka”.

The urban structure is very strict:

“Four giant doors on all sides, and the doors are locked with chains.” “Doors are always equipped with huge stones, arrows, mechanisms, iron weapons.” A huge ditch behind her, surrounded by a golden climbing wall, is filled with icy water.”

If you compare the geographical description with a map, you can find that “Lanka” is located somewhere in the Indus Valley.

The ruins of Mohenjo-Daro are in the Indus River, and the locals still call it “Lanka”.

S. B. Roy, director of the Institute of Chronology in New Delhi, India, confirmed that the “rank” in the Ramayana is Mohenjo Daro.

According to Roy, the war took place between 2030 and 1930 BC. After comparison with the results of analysis of carbon-14, it was determined that the inhabitants of Mohenjo-Daro disappeared from this ancient city during this period.

In the center of Mohenjo-Daro there is a mysterious place, which the locals call “the glazed city”. There are green shiny black stones everywhere, which is the “substance of torinithi”. When the first Torinithi atomic bomb was tested in the New Mexico desert in the United States, the sand in the desert melted at high temperatures into a glass form that was called the Torinithi material.

British archaeologist David Burt took several samples and after analysis it was found that all the results showed a high temperature of thousands of degrees in a very short period of time, and then a rapid cooling effect.

“The reason we claim this is the result of a nuclear explosion is that at the current stage of development of science and technology, the only known explosives that cause instantaneous heat and shock waves are nuclear weapons.”

It is hard to imagine that thousands of years ago there were nuclear wars on Earth, where they came from, leaving countless mysteries.