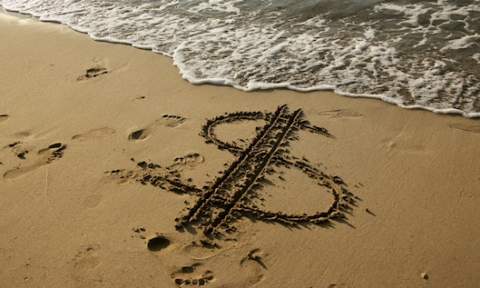 April 3rd was a historic day in investigative journalism. The largest treasure trove of information ever obtained by a media organization was obtained by the International Consortium of Investigative Journalists. Over 1000 names have now been released included among a bevy of secret files 160 times larger than the US State Dept. Wikileaks cables. In this amazing expose, Secret Files Expose Offshore’s Global Impact, you’ll learn how 86 journalists from 46 different countries have gone through 2.5 million files and have used ‘high tech data crunching and shoe-leather reporting’ while sifting through emails, ledgers from accounts and many other files covering close to 30 years, and with astonishing results. The key findings are down at the bottom of this story. Have the ‘Wizards’ been uncloaked?

“I’ve never seen anything like this. This secret world has finally been revealed,” said Arthur Cockfield, a law professor and tax expert at Queen’s University in Canada, who reviewed some of the documents during an interview with the CBC. He said the documents remind him of the scene in the movie classic The Wizard of Oz in which “they pull back the curtain and you see the wizard operating this secret machine.”

A cache of 2.5 million files has cracked open the secrets of more than 120,000 offshore companies and trusts, exposing hidden dealings of politicians, con men and the mega-rich the world over.

This outstanding video breaks this all down for us with much more below.

Don’t we all want to know who the wizards are, hiding behind the curtains, shifting the levers that cause so much pain for so many while shielding themselves from scrutiny?

The secret records obtained by the International Consortium of Investigative Journalists lay bare the names behind covert companies and private trusts in the British Virgin Islands, the Cook Islands and other offshore hideaways.

They include American doctors and dentists and middle-class Greek villagers as well as families and associates of long-time despots, Wall Street swindlers, Eastern European and Indonesian billionaires, Russian corporate executives, international arms dealers and a sham-director-fronted company that the European Union has labeled as a cog in Iran’s nuclear-development program.

Is Barack Obama merely a puppet for these secretive offshore groups? If so, then hasn’t a ‘coup’ in America occurred? Is America simply a property on the global chessboard?

Many of the names we’ll read are names that may not be familiar to all of us but their ways of committing crimes while evading prosecution has been tried and tested and are perfect examples of how the ‘elitists’ have robbed the rest of us blind while enriching themselves. An overview of the key findings lays out a map with many of the usual suspects. From mobsters to oligarchs, the politically well connected to the wheelers and dealers.: