We all know that fast food is incredibly unhealthy, but what are some of the secrets from inside the industry that these chains don’t want us to know? From interesting to disgusting and potentially deadly, check out these 25 things that the fast food corporations don’t want you privy to.

25 – Those grill marks on your burger aren’t real. They were put there by the factory.

24 – If you want to make sure your french fries are fresh order them without salt. It will force them to cook a new batch. Then you can add your own salt.

23 – Fast food chili is just made out of meat from old burgers.

22 – Those salads you’re ordering have nearly just as many calories as one Big Mac.

21 – One way to measure the cleanliness of a fast food restaurant is to look up into the ice chute of the drink dispenser. You’ll be surprised how often you can find mold up there.

20 – Actually, nearly 50% of restaurant fountain drink dispensers have fecal bacteria on them.

19 – Those pictures of fast food you see in advertisements are airbrushed and touched up with
fiberglass. It takes two hours just to set up one hamburger.

17 – Fast food restaurants throw away an incredible amount of food every night.

16 – At some places, like Taco Bell, the food carries over. So guess what they serve you in the morning?

15 – Even restaurants from the same chain can have vastly different standards and quality. It usually depends upon the management.

14 – Fast food workers are supposed to wear gloves when they prepare food but most of the time nobody follows that rule.

13 – If you look around the parking lot, dining area, or bathroom and see a lot of trash what do think the less visible places (like the kitchen) look like?

11 – Soft drinks are marked up by nearly 1200%. The syrup in your coke only cost fast food companies a couple pennies.

9 – Fast food is filled with high fructose corn syrup because it’s a cheap sweetener. It also tricks your body into wanting more of it.

8 – In many places, just before close, all the coffee is decaf whether your ordered it with caffeine or not. This is because nobody wants to clean two different coffee pots.

7 – Be carefull with the lemons in your drink. Everybody touches them and nobody washes them. They just get cut up and laid out.

6 – Cashiers are not allowed to tell you how many calories are in a particular dish even if they know. They’re supposed to say “All that information is available online”.

5 – Those scrambled eggs are made out of powder.

4 – Quite often fast food salads are made several days earlier and just sit on a tray in the refrigerator until someone orders them.

3 – One hamburger can easily contain meat from up to 100 different cows.

2 – Fast food restaurants are one of the biggest exploiters of cheap domestic labor. They are usually actively engaged in anti union activities.

1 – Fast food restaurants load their kid’s meals with extra sugar to make them more appealing to kids. Even the pizza crust is not exempt.

In this article:Fast Food, Secrets 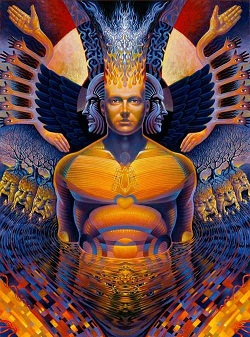 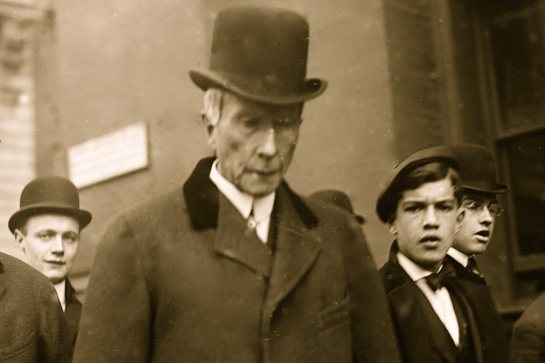 Skeletons in the Closet: Secrets of Famous Families

The Bushes Before the Bush family was the very picture of all-American do-gooderism, they were aiding the Nazis during World War II, according to...