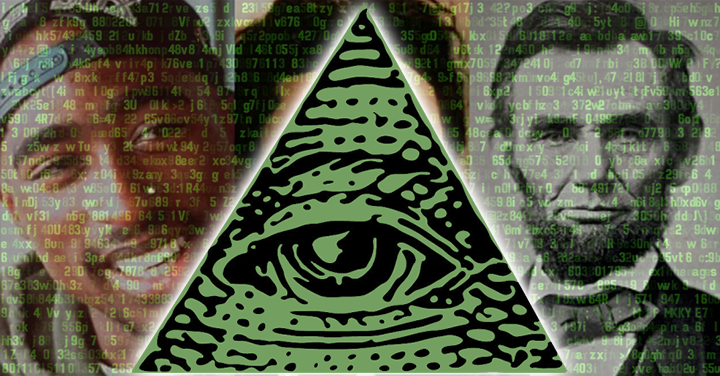 Over the years for decades now there have been notable individuals who passed under mysterious circumstances.

These individuals had a beloved following and are remembered for being great people. But their passings remain a huge mystery for the most part. Yes, in some case the culprit was caught, but why they did it is another story. Over time the theory that the Illuminati a long reaching organization of power eliminated these individuals. Some because they were a threat to what the Illuminati stood for and others as well sacrifices to their cause as horrible as that may seem. There are those passings that some may roll their eyes and say the person passed from natural causes, no foul play here, but again there are those passings that were never truly given a good explanation of motive or why it happened. Here are some unexplainable passings over the decades that were linked to the Illuminati.

Pop star Michael Jackson passed away on 25 June 2009 only a few days before his comeback concerts and while he had been preparing for them. It was said that Jackson had been a member of the Illuminati and then he began to speak up against them. Before his untimely passing, Jackson had started to speak out about what were said to be the powers that be and how they have control over everything within the music industry. Jackson thought that there was a conspiracy against him to have him labeled a child molester and freak. Sister to Michael, La Toya, had said that Michael had spoken up freely about how “they” were going to kill him.

John Lennon was said to have been a threat to many powerful people. The INS had tried to deport him and the FBI were said to have had the Beatle member under their surveillance. Lennon would often speak up about the many evils that there were in the industry and it is thought that Mark David Chapman, his assassin, had been under the mind control of the Illuminati when he eliminated Lennon in 1980.

President John F. Kennedy was said to have been involved with the Illuminati and once he started to resist them the secret society had orchestrated the president’s assassination. Kennedy was shot while he was riding in his limousine alongside his wife Jackie Kennedy in a procession on November 22, 1963. The assassination of the Kennedy has been one of the biggest conspiracy theories of all time.

The Illuminati were said to have seen Martin Luther King, Jr. As a huge threat due to the fact that he was an influential man. Once he began to speak up against the Vietnam War, which was to be of huge benefit financially for many corporations, it was said that the Illuminati came up with a scenario that would be very easy to have King eliminated. King was assassinated on 4 April, 1968.

Abraham Lincoln thought that big corporations and businesses were a threat to him along with the Southern Confederacy. It was said that it was the Illuminati who had planned the assassination of Lincoln and this was to ensure that he did not speak out against the secret society. Lincoln had said that money powers were preying on the nation in times of peace and they conspired against it during adversity. He went on to say that the powers in banking were more despotic than a monarchy and more selfish than bureaucracy. Lincoln was assassinated on 15 April 1865.

The musician Kurt Cobain passed on 5 April 1994 from a gunshot wound that was said to have been self-inflicted. However, many people have doubted the circumstances surrounding his passing. It has been said that the Illuminati had wanted to use Cobain as a tool for mind control but he had been reluctant and so seen to be a threat to the secret society.

Jim Morrison was said to have a fascination with the occult and many people said that he had been a member of the Illuminati secret society. Some people think that Morrison is still alive, while others think he was eliminated by the society, others have said that it was the Illuminati that had helped Morrison to fake his passing. Morrison passed on 3 July 1971 from a supposed heart attack; however, it wasn’t until three days later that the media were told of his passing. Many people have claimed to have seen Morrison since his passing.

There are rumors that John F. Kennedy Jr. Had been eliminated by the Illuminati just as his father was before him. It had been said that he had information that would prove that George H. W. Bush had been involved in the assassination of his father, along with the CIA and that he was going to reveal this information shortly before his passing. He passed away when the plane he was in crashed on 16 July 1999.

Marilyn Monroe enjoyed secret relationships with some of the world’s most powerful men and it was said that Monroe committed suicide on 4 August 1962. However, many people think that she did not commit suicide but was actually poisoned by Illuminati member

Many people have said that singer Whitney Houston passed as a blood sacrifice for the Illuminati. Shortly before her passing, she had alleged that members of the Illuminati had been following her around and that they were going to kill her. It was said that Houston passed after taking drugs and then taking a bath and drowning in a hotel room on 11 February 2012.

Robert F. Kennedy was considered by the Illuminati to have been a threat to the plans that the Illuminati had for the Vietnam War. He was eliminated by a lone gunman on 6 June 1968 and many have said that his passing was down to the secret society.

Rapper Tupac Shakur was said to have sold his soul over to the Illuminati so that he could succeed as a music artist. Once he had reached where he wanted to be he spoke about everything he wanted and in some cases, this did not align with the vision of the Illuminati. Some people have said that the passing of Tupac had been a sacrifice along with a way to keep him quiet. Tupac was eliminated in a shooting on 13 September 1996.

Many have said that the marriage of Grace Kelly to Prince Rainier III of Monaco had been arranged by the Illuminati. Once she was not needed anymore she was eliminated as a sacrifice to the secret society. Kelly passed on 14 September 1982 in a car accident.

Another powerful and influential man was Malcolm X and he was said to be a threat to the society as he spoke out about the promotion of a revolt against a power structure that was said to be using measures that were extreme. Malcolm X was eliminated on 21 February 1965.

Frank Zappa was known to speak out about the powers that be on a regular basis. He talked about how they used mind control in all aspects, including politics, news, and film. Zappa was attacked at a concert in 1971 and this was said to be the first attempt on his life. Some have said that he was injected with cancer and this eliminated him on 4 December 1993.

The singer Amy Winehouse was said to have been sacrificed as during her last interview she had been asked if the music companies were trying to control her and she said that one had tried to make her the shape of a triangle. Of course, the pyramid happens to be one of the Illuminati symbols that are well-known. Winehouse passed 23 July 2011 of what was said to be a drug and drink overdose.

Singer Bob Marley was a very influential figure and he had always promoted love and happiness through his music. These were things that went against the Illuminati and some people have said that the Illuminati eliminated him as they had him injected with cancer. Marley passed on 11 May 1981.

19. Diana The Princess Of Wales

Diana the Princess of Wales was said to have been targeted by the Illuminati when her marriage to Prince Charles broke it as it had been embarrassing for the Royal Family. Princess Diana was eliminated in a car accident in Paris on 31 August 1997.

Bruce Lee had often spoken up about being watched over by a demon and it was said that his passing had been an Illuminati sacrifice. He passed on 20 July 1973 after suffering what was said to be a suspicious allergic reaction.

Rapper Notorious B.I.G passed on 9 March 1997 and his passing has been said to have been a sacrifice to the Illuminati which benefited rapper Sean Diddy Combs, who is said to be one of the prominent members of the secret society, the Illuminati.

In this article:Illuminati secret society