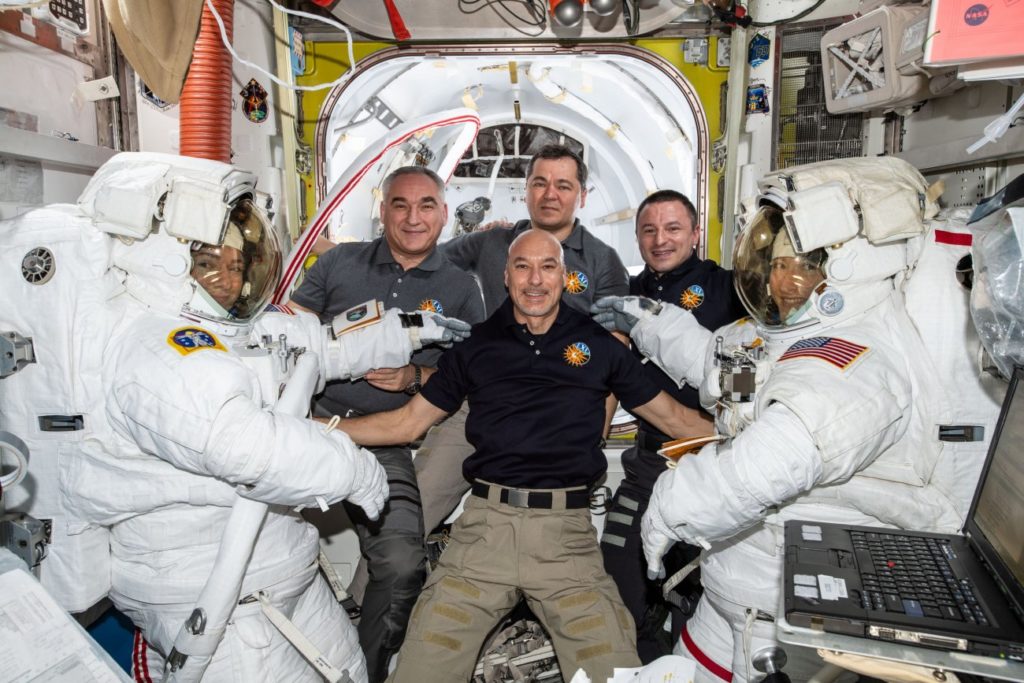 The people of Earth weren’t the only ones ringing in the year 2020 at midnight. Six explorers in orbit celebrated the new year’s arrival – and indeed, a new decade – aboard the International Space Station.

Celebrating a new year in space is a bit different than ringing in Jan. 1 on Earth. For starters, astronauts orbit the Earth 16 times a day, meaning they see 16 sunrises and sunsets as the circle the planet every hour and a half. Then there’s their time zone, which meant the station crew saw 2020’s arrival before flight controllers at NASA’s Mission Control center in Houston.

“The space station operates on Greenwich Mean Time, or GMT, meaning it will only be 7 pm ET when the orbiting astronauts’ clock strikes midnight to ring in the new year,” NASA officials said in a Twitter statement.

The year 2020 is a major milestone for the International Space Station. In November, the station will celebrate 20 years of continuous operation with a human crew. (The first station crew Expedition 1 arrived in 2000.)

SpaceX and Boeing are expected to begin flying astronauts to the station for NASA on commercial spacecraft. SpaceX’s Crew Dragon will fly an uncrewed in-flight abort test in early January as part of that work.

Meanwhile, Christina Koch is on a record-breaking mission to spend nearly a year in space (328 days to be exact) and has already set a new record for the longest single spaceflight by a woman.

This incredible photo by @Astro_Christina as my #Soyuz headed to @Space_Station in September sums up 2019 – my most extraordinary year yet. #TheJourney was certainly not only my own, I remain in debt to countless individuals on the ground. #HappyNewYear to all on (& off) #Earth! pic.twitter.com/R7oPKkogqo

Meir celebrated the new year on Twitter with a photo of her own launch as seen by Koch in space in September. The image, Meir said, summed up 2019 as her “most extraordinary year yet.”

“The journey was certainly not only my own, I remain in dept to countless individuals on the ground,” Meir said. “Happy New Year to all on (& off) Earth!”

In this article:2020 greetings, space station