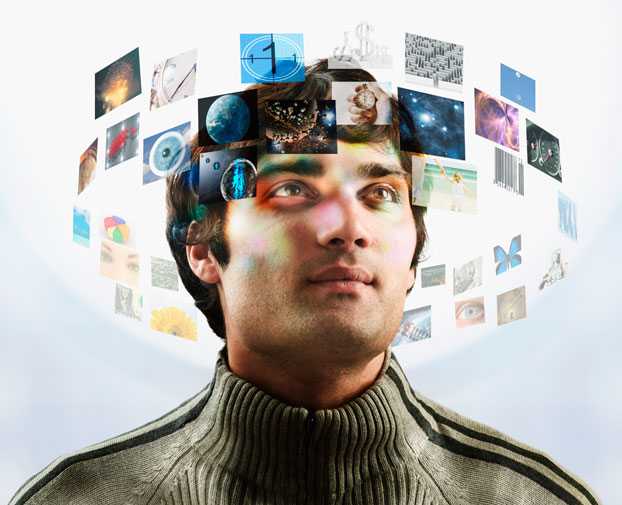 As a longtime reader of science fiction, it’s always interesting to see how the visions of writers eventually become real. Take Arthur C. Clarke’s letter to Wireless World in 1945, which details the geostationary communications satellite network everyone uses today. The satellites are in what is called the “Clarke Orbit.” And Isaac Asimov wrote frequently about humanoid robots, which are becoming more common in research labs — although we have yet to see R. Daneel Olivawfrom Asimov’s Robot series.So inspired by these writers and others, I decided to take a look at 2012 and the futuristic technologies that are materializing before our eyes.
Bionic Limbs

The term “cyborg” was coined in 1960 by Manfred E. Clynes and Nathan S. Kline, in an article they wrote for the journal Astronautics. Since then bionic limbs have been a trope in many pieces of fiction -– The Six Million Dollar Man of the 1970s, the Borg of the Star Trek franchise, and even Darth Vader. In 2012 for the first time, a paralyzed woman was able to control a robotic limb and feed herself directly with her brain. Continuing work with primates demonstrated that it’s possible to make the brain-computer interface efficient enough to design more realistic movement into the limbs. The bionic limbs so far don’t look anything like their fictional counterparts, as they are still connected via external electrodes to the skull. But that dream seems to be a lot closer than it was even a decade ago.
Quantum Teleportation and Communication

While it’s not possible — yet — to “beam” an object around as in Star Trek, new records for zapping photons instantly from one place to another were set this year. Quantum teleportation has been done in the lab for some time, but the distances were on the order of a few yards. In 2012 the new record was 89 miles. In addition to teleporting, scientists built the first quantum Internet. It’s only a beginning, but teleporting photons for miles would enable communications that can’t be hacked or eavesdropped.
Genetic Disease Prevented

Genetic engineering for “better” humans is a theme that’s appeared repeatedly ever since Aldous Huxley’s Brave New World in 1931 — although at that point nobody knew what DNA really was. Later, films such as Gattaca and novels such as Beggars in Spain explore the implications of widely available genetic alterations. In 2012, we saw a proof-of-concept for mitochondrial diseases. About one in 200 people are born with a disorder of the mitochondria, the energy factories of cells. For the first time scientists were able to transfer the nuclear DNA of one human egg cell to another. Two groups independently found a way to transplant nuclei between human egg cells, leaving behind the mitochondrial DNA, which is passed from mother to child. The finding means that mitochondrial disorders could be cured before a child is born. Such techniques won’t cure something like Down’s syndrome, which involves nuclear DNA. But it shows that some manipulation of the human genome is not only possible, but happening.
The Universal Translator

Most of the time when intrepid explorers in fiction meet aliens, they always seem to speak perfect English. Doctor Who’s TARDIS generates a field that allows travelers to be understood, while the crew of the Enterprise never seem to need a dictionary. Kim Stanley Robonson’s Mars Trilogy features one, but he didn’t think it would appear until late in the 21st century (the novels were written in the 1990s). While they won’t let you talk to aliens, in the last year several speech-to-speech translators have managed to reach real consumer devices — and even one type that uses your own voice. Most of the apps require an internet connection, though some, such as Jibbigo, can store their dictionaries locally. (If they ever add Klingon I’m taking it to the next ComicCon).
Head-mounted Computer Glasses
Readers of Charles Stross’ novel Accelerando would have eagerly anticipated Google Glasses — the Internet giant’s foray into augmented reality. In the novel, “venture altruist” Manfred Macx carries his data and his memories in a pair of glasses connected to the Internet. Google Glasses allow the wearer to access data, the Internet and capture life via a head-mounted digital camera. Memories will have to wait.
Private Space Flight
In many science fiction stories, space travel is private. In Ridley’s Scott latest movie, Prometheus, the Weyland Corporation funds an expedition to follow a star map to the distant moon LV-223. In real life, Elon Musk’s SpaceX launched the first of a dozen planned missions to the International Space Station. The Dragon capsule is designed to resupply the ISS, but Musk, who made his fortune as founder of PayPal, has bigger plans: a colony on Mars. Is 2013 going to be the year human spaceflight becomes an enterprise like railroads? We won’t know that for a while, but SpaceX is a heck of a start.
This list isn’t comprehensive, and it isn’t meant to be the last word on anything; readers, if you think there’s something I missed, please sound off in the comments!

New US Space Force logo is similar to Star Trek

President Donald Trump published in his account at Twitter the new logo of the US space forces. He noted that designers, military and other specialists worked on...