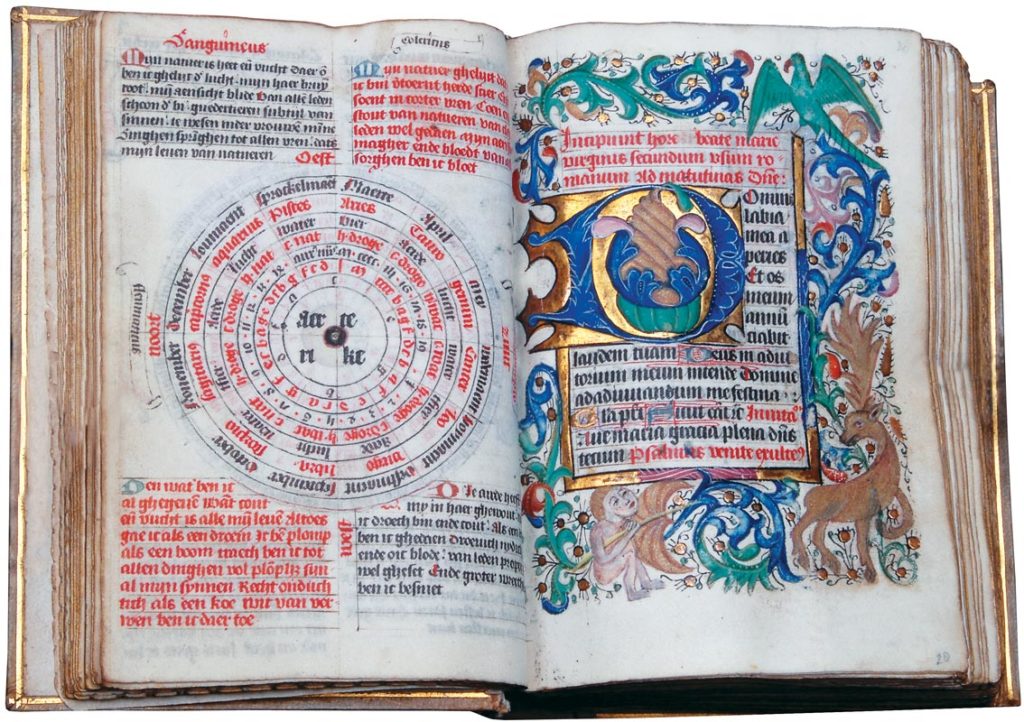 Are you more interested in learning about the ancient magic traditions of Hermeticism than about the newest New York Times bestseller? Than you are in luck, since thanks to the Dutch Ritman Library along with a generous contribution from author and self-proclaimed occult-lover Dan Brown, you can read a massive collection of historical occult books online right now at no cost. That is, if you are able to read Dutch.

One of the world’s biggest set of occult texts, the Dutch Ritman Library has over 20,000 works on philosophy, mysticism, religion, alchemy, astrology, and magic which are between 100 and 600 years old. Now, a few of them are finally be available on the internet.

As part of the Hermetically Open Project, the library is working to digitize its massive collection. Currently, there are already 1,617 of the 4,600 core texts available online. The only difficulty? The present offerings are only in Dutch and Latin, but additional texts in French, German, and English will be added as the project continues.

Digitizing a collection this large is a massive and expensive undertaking which requires a great deal of time, effort, experience, and above all, money. In addition to Brown’s generous donation, Prins Bernhard Cultuurfonds, a foundation that supports the preservation of art and culture in the Netherlands, contributed an additional €15,000 (around $18,713) to the important project.

Although the whole collection isn’t yet available online, interested readers and occult-lovers could navigate the official “Guide to the Bibliotheca Philosophica Hermetica” online to find out what unique texts the library has to offer you. Among the uncommon texts are volumes on alchemy, “the science of change and is concerned with the question of processes, in nature and in man,” mysticism and magic, Hermetica, or the works linked to ancient philosopher Hermes Trismegistus, and much more.

Several significant works have already been digitized and put online, such as texts about Nicholas Flamel, the renowned alchemist of Harry Potter fame, but the process has been anything but stress-free.

Since January, subscribers from all over the world have been thrilled at the chance to get into the Ritman Library’s incredible collection in the comfort of their own computers, but a lot of them have already pointed their disappointment at the site’s presentation.

Several unhappy patrons took to The Ritman Library Facebook page to air out their grievances, which contained complaints regarding the language limitation (the interface is Dutch only right now), the confusing navigation, and also limited access.

The library, however, is accepting every single criticism. “Thanks for your feedback and suggestions, much appreciated,” a response on Facebook reads. “We have only recently uploaded these files, and couldn’t wait to share them with you all already. So we are still improving the whole presentation and will keep you posted about any updates!”

Despite its flaws, the new digitization project remains an extremely exciting development for book-lovers all over the world. Thanks to the interest of technologically savvy readers, the difficult work of committed librarians, along with the generous contributions from bibliophiles such as Dan Brown, anyone interested in the occult, ancient philosophy, mysticism, magic, or the inspiration behind novels like The Da Vinci Code may explore their passions, at no cost, from anywhere.

Whether you’re searching for an early manual to turning matter into gold or looking for a historical copy of the Quran, you will find it online today. Check out the full collection here.