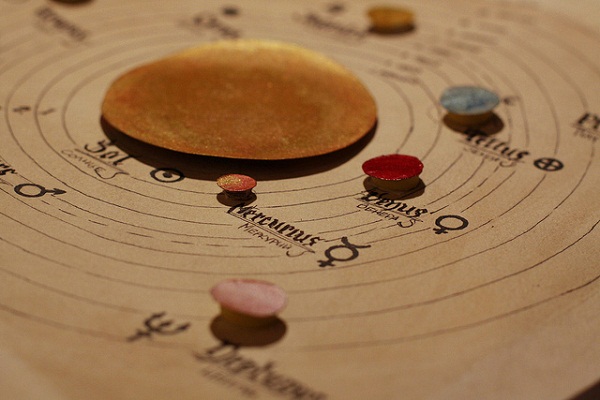 Traditional educational systems basically teach us that the history of man only dates back to about 8,000 years ago while religious texts date mankind to approximately 6,000 years ago.  It is more than obvious that there a massive push to occlude our true history and origins.

While you may not agree with some of the questions, please try to view them with an open mind.  As you’ll see, the history we have been taught has been manipulated and obscured from us.

Ask yourself (or others) the following questions and feel free to comment at the end of the article!

A map drawn on a gazelle skin of an unfrozen Antarctica was found in 1929.  The map was drawn in 1513 by Piri Reis, who had privileged access to the Imperial Library of Constantinople.  Contained within the notes found on the map, Reis stated that he compiled and copied the data from a large number of source maps, some of which dated back to the 4 BC or earlier.  Our history books tell us that Antarctica was discovered by Captain James Cook while crossing the Antarctic Circle on January 17, 1773 with the ships HMS Resolution and Adventure.

1. How did Reis know of Antarctica several hundred years before Captain James Cook ‘discovered’ it?

The last time Antarctica was not frozen was at least 4,000 BC, so…

2. Where did the Imperial Library of Constantinople get THEIR information and who is responsible for the initial drawing of that map?

A tiny figurine made of baked-clay (right) was brought up in amongst the debris churned out by a huge drill bit during the drilling of a well in Nampa Idaho in 1889. The object is a one inch long figure with one leg broken off at the knee.

3. Is it possible that mankind has been here many times LONG BEFORE our recorded past?

4. How many millennia would it take for an object like this to be buried 300 feet into the ground?

According to Darwinism, man evolved from ape.

5. If man evolved from ape, then why are there still apes?

6. There are pyramids on every continent of the world.  Who built them and why were they built?

In Ecuador, one large Jade cup and 12 smaller Jade cups were found. Each of the smaller cups are a little bit different in size, but if you were to fill each one and pour them into the larger one, the contents would exactly fill the larger cup. The large cup has a perfect inlaid star constellation, showing Orion and other stars.

Klaus Dona stated, “inside the big cup it is very, very magnetic and outside the cup nearly nothing. Professional geologists are saying this is impossible because if a stone has metal particles inside the stone, it must be same magnetic from both sides.”

7. If scientists say that it is impossible to have a very magnetic inside of a jade cup with a non-magnetic outside of the same cup, then who created these vessels and where are they from?

In Illoinois a well bit brought up a 200,000 year old bronze coin from a depth of 114 feet just outside Chillicothe, Illinois. According to the Illinois State Geological Survey, the deposits containing the coin are between 200,000 and 400,000 years old.

8. Long before our state-sponsored recorded history will admit that civilized man was on Earth, what culture made this coin?

More than 350 artifacts were found in Ecuador in an old tunnel system.  One artifact in particular shows the same pyramid with an all-seeing eye at the top of it (right).  Under a black light, the eye takes on an interesting hue while on the bottom of this artifact (see picture below), you can see a star map of Orion’s Belt along with writing that is older than any known writing on this planet. According to the research of Klaus Dona, the same writing has been found all over the world, proving that there was a pre-existing GLOBAL civilization that is much older than any Sanskrit writings.

9. Why do all history classes exclude this information?

We are seeing a continuing theme involving Orion’s Belt.  The pyramids on the Giza Plateau also reflect the exact same alignment as the “3 Kings” of Orion’s Belt.

10. What visitors came to this planet from Orion’s Belt?

11. What is the significance of the Orion’s Belt constellation?

Professor Kurt Schildmann, former President of the German Linguistic Association, called this writing “pre-Sanskit” (older than 6,000 years old) and was able to translate the writing as follows:

“The son of the creator comes.”

12. What is the true meaning of this pyramid and why is this symbol still being used?

In the pre-religious Anunnaki creation myth, Anu had 2 sons, Enki and Enlil.  Enki, also known as Ea (as inEArth) in Sumerian texts, was loving and kind to the genetically modified humans who mined gold for the Anunnaki.

13. Does “The son of the creator comes” refer to Enki?

The Old and New Testament of the Christian bible clearly shows one vengeful god who kills millions of people while an apparently different god who is all loving.

14. Does the bible reflect the story of Enlil (Old Testament, malevolent towards humans) and Enki (New Testament, all-loving toward humans)?

In the Old Testament, Genesis 1:26, it states, “Let us make man in our image, after our likeness.”

In 1851 in Dorchester, Massachusetts, a 4-1/2 inch high zinc and silver alloy vase was dynamited out of solid rock 15 feet below the surface.  On the sides were figures of flowers in bouquet arrangements, inlaid with pure silver. The rock out of which it came is estimated to be 100,000 years old.

16. According to academia, what civilization was capable of this type of art 100,000 years ago?

Over 200 metallic spheres have been found in South Africa and are estimated to be 4,500 million years old.  There are two types of spheres: “one of solid bluish metal with white flecks, and another which is a hollow ball filled with a white spongy center” (Jimison, 1982).

17. Our recorded history tells us that civilized man has only been here anywhere between 6-8,000 years, so who made these spheres millions of years beforehand?

With the exception of stone and precious metals, virtually everything we own right now would eventually turn to dirt throughout the millennia, including all of our TV’s, cellphones, cars, planes and everything made of plastic.  If by chance, some major catastrophe were to hit our planet, within 100,000 years, just about every hint of civilization would be buried under years of decay.

18. Is it possible that there are malevolent rulers who have kept us in economic subservience for literally hundreds of thousands of years, if not millions of years?

19. Is it possible that this template has been used since the earliest incarnations came to this planet, perhaps billions of years ago?

20. When will we finally learn to live without being economic slaves to the same system of domination and control?

3 bonus questions for YOU to answer:

Why has our true history been hidden from us? What is the purpose of suppressing such information? How many times have civilizations come and gone from this planet? Leave your comments below!

In this article:ancient civilization, History